So are supporters mostly content with progress so far under Roy Keane and the man he once called a muppet, Niall Quinn? 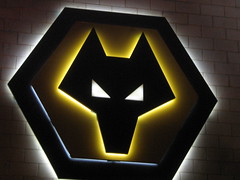 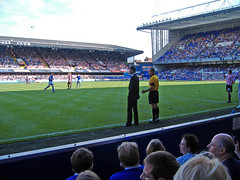 Not among Keano’s better SAFC Saturdays
Picture: Running in Suffolk

From this far-off vantage point, it has gone pretty much as might have been predicted.

An unspectacular start as players and manager worked each other out, new blood was added and perhaps a few old habits challenged. And then a good winning streak, with still too much fumbling and fretting for comfort.

As someone who knows a little about how close we were to getting Sam Allardyce (11th hour, 59th minute change of heart) and Martin O’Neill (six, or was it seven, meetings at which everyone felt confident enough that he was coming our way), I am quietly impressed.

In different ways, I am also relieved that a deal was not clinched with either of the others.

Niall and the board knew they were taking a costly gamble with Keano. So far, the dice has gone their way and his.

He has hauled the club from the lower reaches of a moderate Championship to the fringe of the play-off positions.

Best of all, he has made excellent acquisitions – Kavanagh, despite his injuries, Wallace, Miller, Evans (I realise the jury hasn’t come back on Yorke except with questions for the judge) and now Stokes and Edwards. Players who were never going to make it properly with us have been shipped out.

With this team strengthening, or so I have read, he has been able to convince the players that they belong to the best squad in the division.

The next step is to teach them how to move on from a single goal lead, or avoid serious late wobbles as threatened to cost us points at Loftus Road and Hillsborough.

Since we do not – yet – seem able to guarantee even a single point when we play the frontrunners, we simply cannot afford to risk turning easy wins into draws and even defeats.

How close did the home game against Colchester – yes, I was there – come from being transformed from a 4-1 sort of win into a 3-2 sort of defeat, on chances going the visitors’ way at 2-1, before we finally got a third?

Don’t listen to those who say we need maybe another season at this level. There’ll be more money to spend if we go up.

We need to make top two or, failing that, to win the play-off final and only then worry about staying up, keeping Keane and, let’s be bold, getting back to those heady days when seventh in the Premiership somehow seemed a disappointment.

2 thoughts on “Wear all happy?”