In the early evening sunshine two men pulled up, one behind the other, on the quayside at Dover. 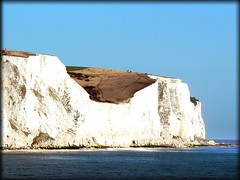 From Wembley to the Continent
Picture: janinehealy

Both wore gallows expressions as they stepped from their cars to stretch legs while waiting to board the Calais-bound ferry.

One had taken off his 1937 replica Cup Final top and it lay along the back shelf of his car; the other still had on his gold away shirt, in which colour we had two or three hours earlier lost that momentous playoff final against Charlton.

It was Monday May 25 1998. Roy and I had never met until that day of acute disappointment and frustration. He had driven from his home in Brussels, where he worked for a major multinational, and I had delayed a holiday in the south of France to be at the game.

There was an instant bond, of course, and we played and replayed each turning point of the Wembley game over and again as we gobbled down greasy fast food on the mostly empty ferry.

We have been in occasional postal and e-mail contact since that day, and Roy is now back in the North East. Sunderland have endured some great and also grim times in the intervening period, and this – his response to my first message to him for more than a year – is his fascinating take on the heady events of the past nine years:

HOW GOOD ARE WE? Several years ago, during my long sojourn in Belgium, I wrote a letter to the Echo in Sunderland. It was during one of our dark periods.
The splashed headline in the paper said “No more heroes at Sunderland”. The essential point was that I didn’t mind being in the second division, but I did mind not having heroes to look up to in football terms.
Our football lives are built around these (if only for a moment in time). For me, there is a list…….Hurley, Clough (and Crossan, Herd etc), then Monty & Porterfield & Halom, then Rowell, Arnott, Elliott. Marco was next.
Then the fabulous Reidy team….Johnston, Phillips, Quinn. We need heroes. Football managers/chairman don’t understand this….they’re essentially just not bright enough to see behind next weeks result.
Now, we have heroes again. Quinn is a true gentleman and has a heart. Keane is simply a leader. They are rare. The team is fascinating. The quality of young Evans is wonderful to see. The emergence of Liam Miller, Whitehead etc. The quality and commitment of Connolly. The Trinidad connection. Great.
I have a retired friend, Sunderland born but living in Cheshire. When McCarthy returned us to the premiership, he bought a season ticket for the first time…….and didn’t see us win for two seasons !! The games with any success, he was away !!
This week, he texted me with…..”bought ticket for next season, am I premature?” I answered with a resounding “Yes”.
My prediction….glorious failure in the play-offs and a cakewalk next year. Nevertheless, there is a return of pride. Thank goodness. I live in the heart of Northumberland now (just round the corner from another writer, Harry Pearson)……where the river flows black & white. So, recovery of pride is very important…………

Roy has naturally seen much more than I of the team’s impressive strides this season. But I loved his description of times when we were probably attending the same number of games.

Our first meeting back at Dover preceded, for me, a marathon trek through France to the Med. I had promised myself that if we won, the surge of adrenaline would allow me to do it in one go, snatching catnaps in motorway services stations. And if we lost, I’d stop overnight on the way and get drunk.

In the event, I was so incensed about the defeat – our missed sitters, the terrible defending and especially goalkeeping for their final equaliser, Gray’s fluffed penalty – that the anger kept me awake and alert enough to drive through the night.

Looks as if Roy – if he’s right – is setting me up for a repeat a couple of months from now.