No pleasure is taken here in the overwhelming disappointment that West Brom players and fans will be feeling after their failure to beat Derby in the playoff final. 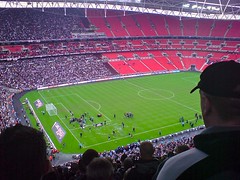 Unlike many Sunderland fans, I will always be grateful to Kevin Phillips for the excitement, goals and sheer class of his years at the Stadium of Light.

I share the views of those who felt he did not exactly overstretch himself in his final year at Sunderland but prefer to remember what he did for the club more than his part, and it was only his part among many people’s parts, in a season of demoralising, humiliating collapse.

When he turned us down in favour of WBA a year ago, I fully understood his reasons and think it was probably better for us, too, that he did not return. Others have a harsher take on events, and I respect their opinions. But it came as no surprise to read one report of the playoff final and see that his movement oozed
Premiership class.

That said, I am delighted to see Tony Mowbray receive his comeuppance, not just from Sunderland and Birmingham but from the Rams at Wembley.

The pile of sour grapes deposited by him on Sunderland’s march towards promotion, just after we completed the double over his team at the Hawthorns, reminded me more than anything of the petulant reaction of the mayor of Paris, Bertrand Delano

1 thought on “Ramming it gently down his throat”

Next Post
Failure as a father, minor success for Salut!