This batch of pictures comes from a fabulous portfolio created during the pre-season friendly against Bohemians by Peadar O’Sullivan, passionate football fan and clearly gifted amateur photographer.

Now I remember Aisling Quinn as a little girl proudly taking to the field at the Stadium of Light to help her big daddy celebrate the finale of the thrilling 1998/1999 promotion season in which he had played such a massive role. Great to see you’ve kept the faith, Aisling. 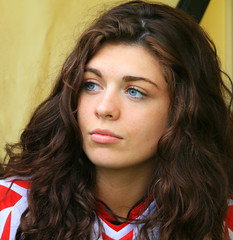 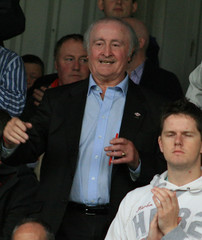 King Charlie? Not just a Rep of Ireland legend, Peadar, but a Sunderland one, too. Some of us are old enough to remember without needing to be told by fathers or grandfathers! 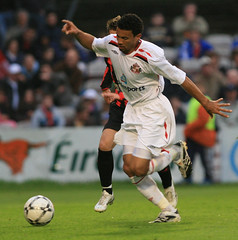 Great pictures Peadar, and thanks for the kind permission to dip into your work.
To reward those who read on to the next page, here’s one more for now (I have asked if I can use the lot, not in a desire to be cheeky but because these are shots any Sunderland fan would want to see and they deserve the Salut! Sunderland treatment)……. 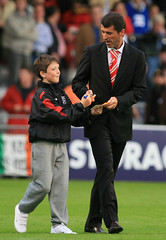 Autograph Hunter Gets To Meet His Hero
Picture: Peadar O’Sullivan

And let’s hope Roy Keane’s second season as a manager leaves the little boy feeling just as proud of him as he does now.

As for Peadar, he’s a Cork City fan. Prevented by work from getting to the game, he must have been chuffed watching on TV as his boys gave us quite a scare last night before Liam Miller, back on home ground, scored our equaliser.

And I am glad to say a message came through from him just before the game to confirm that he was perfectly happy for Salut! Sunderland to make further use of his photographs.