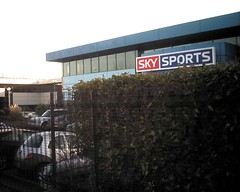 If there is anything more ridiculous than the FA being able to bully, sorry persuade, tinpot little fanzines and fans’ sites into not publishing fixtures lists without first paying a fee, it must be the fact that these lists are worthless in any case.

Remember thinking that we would start our Premiership campaign against Spurs at 3pm on Saturday August 11? And that we then played Birmingham on Tues Aug 14?

Wrong. The opening game has been changed to suit telly and will now be played at 12.45pm – and to hell with the fans if they find the switch makes travel plans difficult or even impossible.

And Ian Todd at the London and Southern England branch has just pointed out that as a result of Birmingham’s opening game being moved to the Sunday, their next, against us, will now be
a day later, on Wed Aug 15.

The Liverpool home game on Aug 25 also changes to 12.45pm, and Keano’s emotional return to Old Trafford is now scheduled for 5.15pm the following Saturday, Sept 1.

Other changes: Arsenal (a) will be at noon on Sunday Oct 7, West Ham (a) at 4pm on Sunday Oct 21 and Man City (a) at 8pm on Monday Nov 5. You’ll just have to tell the kids there’ll be no Bonfire Night this year.

Oh, and one more for now: the home game against Newcastle comes forward to 12.45pm on Sat Nov 10.

A big thank you to Sky and Setanta.

3 thoughts on “Messed around kickoff times”