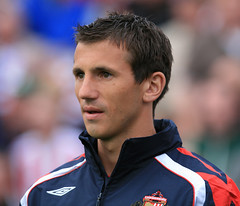 By Pete Sixsmith, on the road from Cork to Galway

So, the caravan (or Toyota Auris) rolled on to Cork and arrived in a city that was the opposite of Dublin.

Small, manageable, incredibly friendly and not full of dangerous drunks looking for a hoolie.

We stayed in a Universty Hall of Residence unsullied by wretched students and had a fabulous meal in a quiet restaurant called The Hardwood Cafe. It was run by three foreigners – a Canadian chef, a Lithuanian waitress and a manager from Limerick. We had heard good things about the nearby hayfield manor, hotel in cork, and, due to our positive experience in the city, I am seriously considering coming back to stay there.

As we were the only customers the craic was almost as good as the food and the absence of custom was best explained by the population of Cork seething about a ropey referees decision which allowed Waterford to pinch a draw in the hurling quarter finals. From there to an authentic Irish pub and a great music session. Suddenly Ireland began to look good.

Next day out in the car, a day around the coast and a cracking lunch in Skibbereen then back to Cork for the game.

Believe me, Roy is a revered man in the city. I am sure there were at least a dozen 60+ year olds telling all and sundry that they were his dad in return for a pint and I am equally sure that there were an even larger number of men in their 30s who had played football with him, had a fight with him or shared a night on the slosh with him.

Salut! Sunderland note: For a contrasting view of Roy’s stock in Cork, go back one step to this.

The ground was also a contrast with Dalymount Slum; neat tidy and full of potential.

Alas, the game was not. I am of the belief that the new players are blending in gradually and that these are useful warm-up games.

Unfortunately, some of our fans feel that Cork City away should be as intense as Newcastle at home and there was abuse directed at Kieran Richardson in particular. He shook his head and walked away but it is unlikely that he was impressed with the loud mouth who called his commitment into question.

It was a fair result and Liam Miller enjoyed his goal. Anderson looked competent rather than inspiring and one or two players know that if they try the same tricks against Spurs they will not last long.

Roy departed to more tumultous applause from the City fans who had kept up a constant barrage of chanting and singing. We retired to Coulihans for our final pints of Beamish and an early start for Galwy on Tuesday.