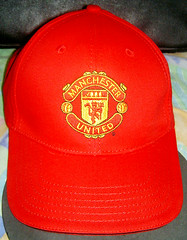 At least we’ve an easy one next
Picture:IkaShaZReeN

Pete Sixsmith sees no reason to offer Christmas cheer to Steve Rubery, the linesman whose seasonal gift to Reading was a winning goal. But he doesn’t blame crazy decisions by match officals for our deeper woes.

So this time it’s a linesman who deals us a killer blow. It is worrying to see a human being with the eyes of a hawk that has super-duper 20/20 vision wasting his time on the Premier League line.

Surely with eyes this good he should be looking for nuclear weapons in Iran or wandering the countryside finding misplaced sewing implements in farmers’ winter fodder storage heaps.

But again, the inefficiency of the officials does not disguise the fact that we turned in another disappointing performance. We play without conviction and without the feeling that we can actually take hold of a game and dictate it.

Reading are a decent side – no stars, plenty of effort and, most important, a pattern of playing. They find their team mates with passes, they hit balls that their team mates can chase and have a chance of catching and they know what colleagues are going to do.

We don’t do this. The team changes so frequently that the players rarely know what pattern to play to.

Some examples: it is clear that Craig Gordon leaves a lot of the work in the six yard box to his defenders. They should know that by now, but we still have the ball being left between goalkeeper and defender.

Paul McShane works hard and has a real future in the game – if he learns how to pass a ball without kicking it so far up in the air that low flying aircraft are placed in danger. He needs to show much more composure – one of my fellow watchers described him as a penalty kick waiting to happen.

Fifty odd minutes into the game, Darryl Murphy won a tackle, looked up and sent a decent pass 50 yards down the wing. Unfortunately, the recipient was Andrew Cole, a 36-year-old centre forward who laboured to get anywhere near the ball. Maybe Murphy had forgotten who was up front. Was it Chopra or Jones or Stokes or Uncle Tom Cobbleigh?

So many changes, so many different styles and so few points.

Where do the wins come from? How do we win enough points to have a real chance of NOT going straight back to the Championship?

The January window is now vital and we have to sign players who will stabilise us and give us a platform to win games against the teams around us. Three wins by Christmas is not enough and although we are better than last time, there are unhappy parallels to draw with the 19 point season, where we were in touch until Christmas and then fell away badly.

A word about Reading. This was my first visit to the Majdeski and I was impressed. Of course it’s a ground out of a box but it has an atmosphere about it. The fans are mainly “new footie” fans and they seem to like idiots banging drums and clapping along to music when they score.

They have come a long way since I visited Elm Park in the late 80’s for a cup tie played in monsoon conditions. This game has gone down in SAFC folklore as “The Tommy Lynch game” where our Irish Under 21 full back turned in a performance of such staggering incompetence that it has never been matched.

The local newspaper does a 5, 10, 15 years ago feature. Fifteen years ago they played Stockport County in front of 3,500 fans – that shows how far they have come. Five years ago they were in the Championship and of their team that played that day, five turned out against us. I would think that Whitehead and Leadbitter were the only two who played in a dismal defeat at Crystal Palace 12 months ago. There’s got to be a moral in that somewhere.

Next Post
Salut! Sunderland and Alan Shearer: an apology