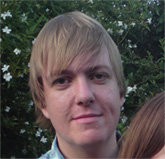 No shortage of self-confidence on the Tottenham Hotspur front. Too big a club for Darren Bent and Martin O’Neill, home bankers versus us on Sunday and heading for a third top finish at least two places ahead of Arsenal. That’s as seen by Jamie Currie*, the man behind White Hart Pain site and a regular on Ian Wright’s Absolute Radio programme, Rock ‘N’ Roll Football. He did the honours here two years ago** and we welcome him back – even if he does casually predict a 4-1 outcome …

Salut! Sunderland: Until Sunday, you seemed to be winning every Premier match. So I suppose that means we get the backlash?!

Well I certainly hope so! Obviously I’m going to be slightly biased, but I think even impartial observers would agree that Spurs deserved something from the Stoke game. Back at home against a very average looking Sunderland side, I fully expect Spurs to get back to winning ways.

What is the magic ingredient that has propelled Spurs into the top three and what more is needed to keep you there?

Does finishing above Arsenal matter more than/less than/as much as finishing in the top four?

Tough one! To me, finishing in the top four is more important; as long as it doesn’t mean Arsenal win the league. Some Tottenham fans hate Arsenal a lot more than I do and would probably disagree but that’s my view. The rivalry is as intense as ever but now Spurs are a much better side than a few years ago, it makes all the banter a lot more enjoyable and the league more interesting, certainly for Spurs fans anyway! But I think some Arsenal fans would say the same thing.

There is impressive ability in your team – Modric, Van der Vaart, Bales, Lennon, Adebayor all spring to mind – but, for who are the key men and who needs moving on?

I think I’ve already mentioned Scott Parker? You’ve obviously omitted him from this question as his ability speaks for itself?! In all seriousness, he is our key man no question, the heartbeat of the team if you like. Equally as important is Ledley King. He’s still the best centre half in the Premier League and it makes such a difference having him fit and playing regularly. I wouldn’t say anyone particularly needs moving on, maybe Pav but I’m very happy with our current crop. 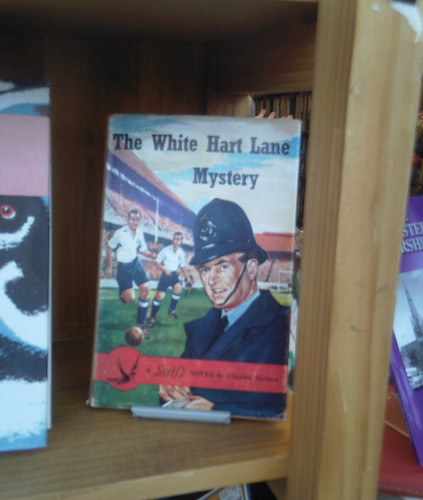 Would you have Darren Bent back if he came gift-wrapped in a straight swap that saw your least valued player leaving the Lane?

I think Bent is a decent enough striker, I’d take him over Pavlyuchenko most of the time. Pav probably has a bit more natural ability but with the right service, Bent will get you goals consistently. Things just didn’t work out for him at Tottenham, the price tag was always an issue and he had a lot of pressure on him. He’s probably better off at a less high profile club.

A Spurs-supporting friend says Martin O’Neill is the next manager at White Hart Lane. Can he be serious? Notwithstanding immediate thoughts about the court case (or speculation about the England job), is ‘Arry’s time at the Lane coming to an end?

I don’t see that at all. No offence to yourselves, but I think Levy would be setting his sights a bit higher where our next manager is concerned. Also, O’Neill needs to rebuild his reputation after Villa. Leaving Sunderland before finishing the job would be a big mistake. He’ll do well for you I think. After Sunday anyway!

And what do you make of Sunderland’s rotten start this season? Do you have any thoughts on the club, the city, the supporters?

I just think Bruce made a few bad signings and couldn’t instil any confidence in the players. He only needed a couple of those draws you had to be wins and he’d still be in a job, there’s a very fine line. I think it all stems from the Asamoah Gyan transfer, seemed to unsettle everything. You seem to have great fans and the team is a very important part of the city. You certainly have the foundations to be a top eight side and I think O’Neill will definitely ensure you’ll finish the season well.

Is this Tottenham’s season? Name the top four in order.

Yes it most definitely is Tottenham’s season! A lot will depend on keeping everyone fit but we don’t have the added pressure of the Champions League and can concentrate on finishing as high as possible in the Premier League. I think the next four games are going to be vital as to whether we are fighting for 4th spot or the top two. Two home games against yourselves and Chelsea then two very tough away matches against Norwich and Swansea but they are still winnable.

And also the three to be relegated.

This is even harder than the top four. I honestly don’t know, it all depends on whether the promoted sides can continue their good form, at least one of them are likely to get dragged into it. Swansea are so good at home that I think they will be ok. Maybe Norwich but they are getting results too and QPR have the best squad of the three. Bolton look doomed at the moment.
Wolves
Wigan
Bolton

I imagine you had Spurs in your first list. if we weren’t in the second, where will we finish up?

You’ll be upper mid table I’d imagine, 12th or 13th would be my guess.

How much sense of history do you have, namely with regard to the great Tottenham sides of the past, notably the double winners of half a century ago?

I’m only 31 so I wasn’t around in the 60s and 70s but I know the history and it must have been an amazing time to be a supporter. I guess my first real memories are as an 11 year old watching us win the FA Cup. Players like Gazza, Mabbutt, Lineker etc. Then I really fell in love with the club during my teens, Teddy, Klinsmann that era. When Gerry Francis was at the peak of his powers and we beat Blackburn at the Lane always sticks in my mind for some reason. I think they were top of the league and that was about the best we ever were in my time as a supporter until the last few seasons. 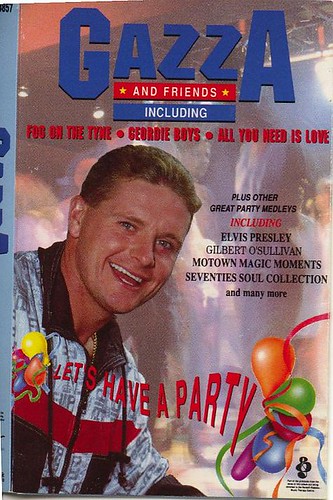 Who is the greatest Spurs player you have seen, or would have liked to see, and who should have been allowed nowhere near the shirt?

Gazza at his best was unplayable obviously. Glenn Hoddle. Ledley King. I would have loved to have seen Ricky Villa and that side in the early 80s. Nowhere near the shirt? There are lots really aren’t there. Justin Edinburgh and Dean Austin. Even as a kid I could never understand how they played football at the highest level. Nethercott. I could go on all day.

What is your honest opinion of the way Man City have been driven by unlimited money into the title reckoning: good for the game, by widening access to the top, or pushing football towards ruin?

I can’t say I like it personally but it does add another dimension to the Premier League and we get to see the very best in the world come and play in this country. I don’t think I’d like it if Spurs had unlimited funds. There can’t be the same satisfaction when you win building a team with no restraints. It would get boring. The other worry is what happens when these billionaire owners get bored. Clubs need to be financially secure in their own right. All these Man City fans that are loving life now would be devastated if their club went under which is always a long term possibility.

The Barton Question (used to be the Eduardo Question so that covers feigning injury and diving): what form of cheating in football most annoys you and what would you do to stamp it out?

Probably players that go down like they have been shot when they haven’t even been touched. Not sure how you’d police it though other than bookings etc. Nothing annoys me to that extent. I like to see a few hard tackles but players that are reckless like Nigel de Jong need dealing with.

What one step should Tottenham Hotspur or the footballing authorities take to improve the ordinary supporter’s experience of the game?

Make it more accessible to low income families. More deals and offers on certain games so kids get the opportunity to see their team live. Especially in London where the ticket prices are so high.

I won’t be at the game this week unfortunately and I’m gutted because I expect there to be a number of goals going past Lee Westwood or whoever you have between the stick currently. 4-1 Spurs.

* Jamie Currie on Jamie Currie: I’m also known as Mabbs. I have a little Spurs Blog, whitehartpain.com. Supported Tottenham since I was a kid and do lots of this sort of stuff, podcasts, frequent guest on Ian Wright’s show, get to interview ex players etc.

** Jamie last answered the Salut! Sunderland “Who are You?” questionnaire in November 2009, before . Read his interview here.