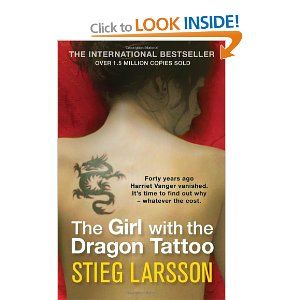 On Sunday, I had more than one reason to be chuffed about people called S Larsson.

A strict embargo stopped me saying so in quite these terms before now.

But in muddled order, let’s start with Larsson Number Two: Seb’s sublimely taken late free kick – Chelsea’s penalty last night stopped me feeling any guilt that the kick was generously given by Peter Walton for a ball-hit-hand incident – brought a magical end to a game that, for 83 minutes, had seemed more like a wicked spell. David Vaughan’s rocket had levelled the scores but it was the winner that sent relief and ecstasy sweeping through the Stadium of Light in equal measure.

If that seems over the top for a narrow late win against Blackburn Rovers, just remember – with away games at Spurs and QPR coming up – how desperately we needed it. I was highly critical of Larsson after the Wolves defeat, both for the outrageous dive that won us the most dubious of penalties and for the flabby nature of his attempt to convert it and ensure three points (instead, as it happened, of none). Morally the right outcome, I suppose, but in our predicament, points are points. That was Larsson Number One and I am happy to assure Seb that even if he generally had – as he has said himself – a moderate game on Sunday, all is forgiven. 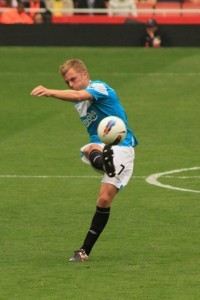 Larsson Number Three: I doubt whether Seb was related to the late Stieg, real name Karl Stig-Erland Larsson. Their home towns, respectively Eskilstuna and Skelleftehamn are 400 miles apart. Stieg, writer and journalist, died aged 50 seven years ago. Their surname is so common in Sweden that it’s like expecting Murphy in Belfast to be a cousin of Murphy in Cork.

But what a cracking writer he was, Stieg that is. Within two hours of our final whistle on Sunday, I was in the Odeon West End watching a special screening of The Girl with the Dragon Tattoo, adapted from the gripping, cleverly constructed novel which – in common with 60 million or so others – I have read. It’s a murder thriller, but one with remarkable resonance as we consider different kinds events in the UK today: the hero and heroine of the book, and now David Filcher’s remake of it as a major movie, both get up to what David Leigh of The Guardian would call ethical phone and computer hacking.

Maybe Lord Leveson should take himself along to a screening himself. And so, says M Salut entering amateur film critic mode, should anyone who loves a great yarn adapted by a gifted director with the aid of a strong cast ((Daniel Craig and Rooney Mara, both of whom – along with Fincher and others associated with the production – attended my screening and spoke afterwards from the stage). I won’t spoil it for anyone by identifying a couple of changes from the book, save to say that Steven Zaillian’s script seemed to me to have made spot-on choices.

On the other hand, his lordship is unlikely to want to catch the video clip doing the rounds on the internet purporting to show glimpses of Bendtner’s social skills.

The Dirty Tackle blog’s Brooke Peck relates a story of an allegedly well-fuelled Saturday evening out in Copenhagen.

Feeling what Brooke might call Peckish, Bendtner popped into a pizzeria for some late-night grub. There was a snag: he had no money. There was a second snag: the pizza man failed to show appropriate respect and hand over food for free when, according to an employee quoted by the biggest Danish newspaper Ekstra Bladent, the player asked: “Do you not know who I am? I can buy the whole pizzeria.”

Luckily for our hungry on-loan striker, two young women having an old-fashioned, paid-for meal took pity and gave him enough kroners to satisfy his appetite.

Peck writes: “Test results have already proven Bendtner to be superhumanly confident, but this proves that he is actually the anti-Balotelli. Instead of ‘Why always me?’ Bendtner asks ‘Why not always me?’. And then he pesters strangers for money so he can buy a pizza shop to prove a point.”

It may all be nonsense – not Bendtner at all, a total misunderstanding of a simple request for the takeaway menu for future use, adoring fans forcing pizza onto him in exchange for an autograph. If so Bendtner should doubtless take Ekstra Bladent to the cleaners. The clip can be viewed here, with dialogue helpfully subtitled for anyone who understands Danish.

6 thoughts on “A tale of three Larrsons, lots of tattoos and Bendtner’s hard-won pizza”

Next Post
James McClean: Derry City, Sunderland and ‘a language we all understand’