John McCormick writes: 1985, Liverpool. Someone in a taxi had kindly left a redundancy notice with my name on it at the door of  my workplace. I had two very young kids. I’d just moved house, only to be clobbered by a series of mortgage rate rises – 13.5 per cent springs to mind – and I had no spare cash. Going to the League Cup final hardly entered my mind and I never tried to get myself a ticket. It was one of those things.

So was the game, as Pete Sixsmith recounts:

We move on from the mayhem of the Tartan Army sitting on the crossbar and ripping up the turf to the friendly atmosphere when two relatively unfancied clubs contested the Football League (Milk) Cup. Instead of choruses of “Bonnie Scotland, we’ll support you evermore”, we had many renditions of “I can’t read, I can’t write but it doesn’t matter, ‘Cos I comes from Nawrich, I can drive a tractor”. Yes, it was stereotyping, yes it was laughing at them and yes, it was fun.

Both sides ended up being relegated, Norwich by a point, us by nine after we took a magnificent six points from the 36 that were on offer after the Final. The Canaries flew high the next season, winning the league by seven points, while the Black Cats, under new management, slunk around the bottom of the league, eventually finishing 18th.

We had started the season full of optimism. New players had been signed, some known (Howard Gayle, David Hodgson and Clive Walker), some half known (Roger Wylde and Peter Daniel) and some we had never heard of (Gary Bennett – although we knew of his brother Dave – and Steve Berry). By the time Tattie Picking Week came round, we were looking good in seventh place and had just cuffed Luton Town 3-0 with goals from that well known firm of provincial solicitors, Chisholm, Wylde and Pickering.

The League (Milk) Cup was also a welcome addition to the season at this stage. Palace had been seen off over two legs, Forest after a replay which featured a fine goal by Gayle. Then, Spurs drew at Roker but were beaten 2-1 on their own midden thanks to goals from Chisholm and Walker and a fine penalty save by Chris Turner from a Graham Roberts thunderbolt.

Walker got the winner in the quarter final at Vicarage Road and it set up a well-documented semi against Chelsea which culminated in The Battle of Stamford Bridge, Colin West nutmegging a police horse and Clive Walker being attacked by the Neanderthals who lived in the Shed End of the dump that was Stamford Bridge.

There were three weeks between the semi and the final. Tickets were, as usual, at a premium, but due to our Sunday football team’s contacts with Roker Bingo, we got all that we needed. No scavenging around for this one and no sitting outside the Clock Stand Paddock all night, as there was to be seven years later. The Roker Bingo people gave us what we wanted and off we went. 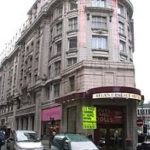 A group of us (Me, Doug Bones, Ian Douglass, Steven Wilson, Paul Mulley) went on the Friday afternoon and we stayed in the Regent Palace Hotel, a relic of the British Hotel industry that had bathrooms along the corridors from the room. It was relatively cheap and central so we took a package there that covered the rail fares as well. 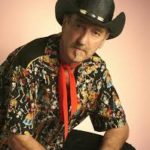 Drink was taken on the way down and continued to be taken in the area around Piccadilly Circus. After several pints, I managed to persuade Paul to accompany me to a small theatre to see Hank Wangford and His Band. He was a doctor and president of the Nude Mountaineering Society and also an accomplished country and western singer/songwriter. With frantic fiddler Bobby Valentino, he put on a damn good show and rounded off Day 1 of the odyssey. 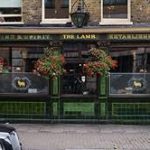 My younger brother arrived the next day from Southport and we took drink in a pub that was then called The Sun in Lambs Conduit Street. After a few pints there, we moved down to The Lamb where he got into a major argument with a couple of men whose attitude towards black people was not positive. It nearly ended up as a fight but we moved on and eventually got back to the hotel and fell asleep.

The Sunday dawned with copious hangovers and we prepared for the Tube ride up to Wembley. There seemed to be far more from Sunderland than there were from Norwich though the approaches to the Stadium were a sea of red and white and green and yellow.

Once again, we stood behind the goal and once again we could feel the steps moving as the teams came out. 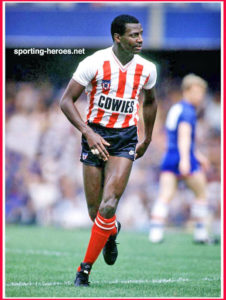 There were a couple of controversial selections there. Ian Wallace, a reasonably prolific scorer in his days at Dumbarton, Coventry City and Nottingham Forest, had been signed from French club Brest to give us extra firepower, something which he failed to do in spectacular fashion. He replaced Colin West, not the most stylish centre forward but a man who could push centre halves around. Norwich had two big ones in Steve Bruce and Dave Watson (of the Everton, not the Sunderland variety) and they must have whooped and whooped when they saw the team.

Add to that the selection of David Corner, a young centre half in for the suspended Shaun Elliott and the out of favour Reuben Agboola and we had a problem. Poor David has gone down in SAFC history as the man who allowed John Deehan to wriggle away thereby enabling Mick Bloody Channon to pass the ball to Asa Blooming Hartford whose shot hit Chis and ended up in the net.

It wasn’t a great weekend. The result was disappointing, Wembley was coming to the end of its days and was dirty and dangerous and the trip home was awful. It wasn’t much fun going to work on the Monday either – the Mags thought it very amusing.

To make it worse, we had a Tory government led by Margaret Thatcher in her pomp and the North East was struggling. The NUM had gone back to work three weeks before the game and the mood was bitter and angry – mostly directed towards her but some at Arthur Scargill. While we were being relegated, Everton, featuring Paul Bracewell and Peter Reid, were cruising to their most recent League Championship and playing some sublime football. They demolished us on Easter Saturday 4-1 at Goodison and we knew the game was up. 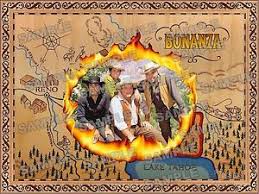 We could drown our sorrows in various pubs with the price of a pint around 80p and warble along with Phil Collins and Philip Bailey to Easy Lover – or not. The match programme cost a reasonable 80p, the same price as a pint.

Had we stayed at home, we could have wallowed in a typical Sunday evening on BBC 1. The highlight would have been Bonanza starring all the regulars bar Adam (Pernell Roberts) who had “gone to Australia”, a euphemism for “he fell out with the studio”. Dan Blocker was “Hoss” (does anyone know his character’s proper first name) and Canadian Lorne Green was Ben. Jodie Foster appeared as a child in this episode. It was a classic show with a marvellous theme tune and a great opening sequence.

But it was followed by The Last of the Summer Wine, then Juliet Bravo and then Mastermind before Esther Rantzen introduced That’s Life. It was enough to make some wonder whether the Milk Cup Final was so bad after all.

2 thoughts on “A Wembley a Day: when Norwich had a better season than Sunderland – but not by much”

Next Post
A prize Guess the Score you’ve been waiting for: Sunderland vs Portsmouth at Wembley