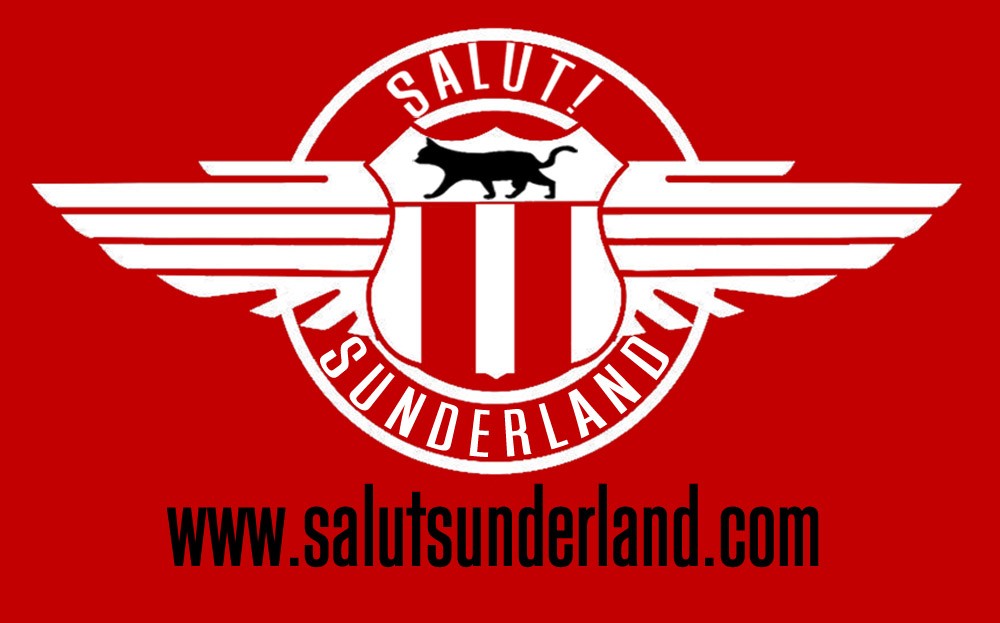 Pete Sixsmith produced this masterpiece of an appreciation on hearing news of the death of Billy Hughes, aged just 70. He was one of . Pete’s all-time favourite players and one of Monsieur Salut’s, too. Many poeople saw the tribute. Sadly, the piece was blocked from wider public view because of the prudishness of an ‘aggregator’ site on which Salut! Sunderland relies for a lot of its traffic. Why? A relatively minor wear word which Sixer even disguised by using asterisks after the first letter. Let;’s have another try …

I have had a heavy heart this week. The position of our club, becalmed in the middle of the Third Division makes me unhappy. The appalling election result for the Labour Party, who I have voted for and supported in every election since 1970, added to it. The death of a much respected and former colleague in Jack Winskill, a Sunderland supporter, exacerbated the gloom as did the news that Rob Burrow, an inspiration for Leeds Rhinos over their years of success, has Motor Neurone Disease, a terminal illness which will give him between 5 and 10 years of life. He’s 37.

My gloom deepened this morning when I heard the news of the death of Billy Hughes, a player I remember with great fondness as one of the most exciting forwards I saw in a Sunderland shirt. As I write this, I can picture him slaloming his way through a series of tackles, using his relatively low centre of gravity and his upper body strength and with his feet firmly in control of the ball. His shock of black hair and his Zapata moustache combined with a proper, advert free football shirt, make him a child of the late 60s and early 70s, a man who gave so much pleasure to so many.

Billy came from Coatbridge in Lanarkshire, the brother of John “Yogi” Hughes, a Celtic legend who played one game for us in 1973 and that alongside his wee brother in a 2-0 win over Millwall. Billy’s parents wanted him to join John at Parkhead but he liked it at Sunderland and opted to stay.

He was a member of the 1967 FA Youth Cup winning team, alongside Bobby Kerr, Colins Todd and Suggett and Dennis Tueart and he made his debut on Saturday 4th February in a 2-2 draw against Liverpool at Roker Park. He replaced George Mulhall, did well against a tough opponent in Chris Lawler and was marked down as “one for the future.” He most certainly was.

He spent a couple of years learning his trade in the North Regional League before his breakthrough season in 1968-69, where, under Alan Brown, he was almost a regular. After that, he was, playing in every league game in 1971-72 and always being at or near the top of the goal scorers list. In our relegation season of 1969-70, his four goals from open play were only three behind top scorer Gordon Harris whose magnificent total of seven included four penalties.

His best days were in 1973. Sideburns fully grown a la Jason King, tache more Mexican than the man on the Bandit advert, feet more twinkling than Gene Kelly, he ran riot in a forward line that had Dennis Tueart and Vic Halom as the front three.

He played in an era when football was not as intense as it is now. Criticism was confined to the letters page of the Football Echo and in the pubs and clubs of the area. No doubt, had he been a footballer of the Social Media Era, he would have been praised to the skies one week and described as worse than rubbish the next.

Like all footballers, he would have gone out to do his best. Billy’s best was usually enough and he played an important part in the start of our promotion run in 1975 before he broke his leg at Charlton. He came back, usurped Roy Greenwood, who had been brought in as a replacement and scored the goal that won us the title in the final game of the season against Portsmouth.

When Stokoe left and Jimmy Adamson came in, there was a parting of the ways. He moved on to Vancouver Whitecaps in the new NASL and on his return signed for Derby County and then Leicester City but you got the impression that his heart was no longer in it.

He had opened a shop on Vine Place called “Billy’s Shughes” where there was a huge collection of the kind of footwear beloved by Slade, Sweet and Elton John, but it wasn’t a success. He was in the licensed trade in the Derby area and, for a time, was the steward at the council run Stressholme Golf Club in Darlington.

And so, another piece of Sunderland AFC’s history has left us. Billy brought many exciting moments to us and has left very warm and happy memories. He was true Sunderland legend and a genuine Red and White hero. Our condolences go to his family. He will not be forgotten.

Everyone should be awarer of our current inability to publish Comments.The new owners will doubtless resolve this in five minutes. Monsieur Salut couldn’t if allowed five years.

One response to the above tribute did get through the net of techie issues, only to languish ‘beneath the bonnet’. It came from John Pilley:

‘Legend is an overused description but Billy was an outstanding servant, strong on both flanks and very useful in the air. He had that indefinable swagger that the greats tend to possess.

He came through the youth team as one of Charlie Ferguson’s discoveries and was so loyal to Sunderland. As with Monty, he would have received more caps if he had moved to a more fashionable club.

Billy together with Vic and Dennis Tueart had a season or so of terrorising defences. With Bobby Kerr and Ian Porterfield we had an unbelievable front five. I remember a Hughesy hat trick against Huddersfield just after the 73 semi. Billy had all the ingredients that we so desperately need today: pace, power and goal scoring ability.’

Sunderland v Man City clip posted on YouTube by Ye Olde Football Channel, April 2012. Billiy Hughes compilation posted by SunderlandAFCTV April, 2019. If there is any copyright claim, not answered by”fair comment” on the images or video clips used in this post please let us know and we will acknowledge or remove as requested.