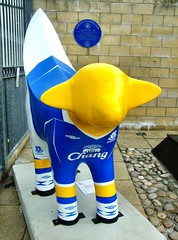 Eight days have passed since the glorious victory at Chelsea.

It came just two weeks after the humiliating defeat at St James’ Park. Some would cheerfully have reversed those 1-5, 3-0 results.

I am not one of them: however embarrassing the derby trouncing was, it was a game that mattered little to the bigger world of football beyond our tribal divide. Hammering mighty Chelsea, in a way that simply never happens to them, was a momentous event noticed everywhere and appreciated by virtually all non-Chelsea supporters.

But as our friends from up the road discovered to their heavy cost at Bolton on Saturday, fortunes in the Premier can change very quickly.

Tonight, Sunderland play Everton and we will probably have to reproduce our best form of the season, or something close to it, to ensure three more points. Our record against them has been poor in recent years, especially at Goodison but also at home.
Over our 150 past league meetings, things are more even, though the statistics still look better if you are an Evertonian:

Narrow it down to more recent encounters and it makes for grim reading, Everton winning 10 of the last 12 – 11 in the league, one in the FA Cup. We didn’t even manage to win the others – both drawn – and have to go back to Dec 2001 for our last victory, from a superb late Kevin Phillips winner (at least, that is how I remembered it until I checked and saw that the goal came from Claudio Reyna; SuperKev had scored in the corresponding fixture, which we won 2-0, a year earlier).

A cool, sharp display, or just a spot of luck, is probably needed tonight if we are to introduce a measure of respectability into the records. Most of us are accustomed to saying we’d settle for the spot of luck, but wouldn’t it be wonderful to turn on another eyecatchingly winning performance for the TV audience?

There is an outside chance that a second Everton “Who are You?” will appear here later today. In case not, here is a reminder of what Peter Cross, an Ulster-based supporters’ club official (with a Sunderland-born GP), made of our questions (the original article appeared at this link):

I would hope that we may yet qualify for the Europa League again, and would be disappointed if we didn’t finish in the top half.

Tim Cahill is our man in form at the moment, with Asamoah Gyan being Sunderland’s equivalent.

Any hope of replacing one of the seemingly perpetual Big Four has recently been diminished with the advent of Man City’s bottomless pockets. Our only hope seems to be to run a tight financial ship and await one of the existing top four doing a ‘Leeds’. However, if England’s representation in the Champions League is reduced to three, then it will be even harder to break through into this hegemony.

Not coming from Merseyside, it isn’t just as vital to me. However, as the number of Liverpool fans in Northern Ireland is second only to Man Utd, the result is still very important.

Northern Ireland also has a reputation for specific differences in allegiance: eg Everton seen as the club favoured by Nationalists, Liverpool more by Loyalists. Do you feel this is true, an over-simplification or simply wrong?

Our supporters club is cross community with members from all over Northern Ireland. Indeed, generally, there are no problems with anyone supporting Everton or, indeed, Liverpool. Originally, Everton were formed out of a Methodist (Protestant) church and Liverpool grew out of Everton following a boardroom split. So, both clubs actually have a similar historical background. The best article that I have read about it all is… http://www.toffeeweb.com/fans/beingblue/religion.asp . If anything, in recent years, Liverpool seem to have developed a stronger affinity with Celtic (Dalglish, Fields of Athenry, etc) and Everton with Rangers (Duncan Ferguson, Walter Smith, etc) but it’s probably only a temporary thing. If you look at the locations of the numerous Liverpool supporters clubs within Northern Ireland, there is certainly no question of the being only Loyalist.

Assuming you’re a man of Ulster, do you also have a club north or south of the border, or indeed in Scotland or beyond, that you also follow?

Lisburn Distillery, but I haven’t been to a game of theirs for years. Having three small children, I need to keep all my brownie points for travelling over to Goodison!

It’s now a rather dim and distant memory. After the recent draw with the Faeroes, the chances of Northern Ireland qualifying for the next one already look slim.

The best player in my lifetime was, it pains me to say, a certain Wayne Rooney. As for those that didn’t deserve to, where would I start?

Do you have any knowledge of or feelings about Sunderland – the club., the fans, the city, the region?

Not really. I only ever got to Roker Park once and have yet to make it to the Stadium of Light. Furthermore, as my GP is originally from Sunderland (with a picture of Roker Park on his surgery wall), I had better be careful what I say; or who knows what his next examination might entail?!

I would like to see the use of television evidence in order to discipline the players after a game.

And what is your honest view of corporate football and the way the game has gone?

Off the field, the game has improved immensely since the dark days of the late Seventies. However, the amount of money going out of the game in players’ wages has become obscene and seriously hampers possible reinvestments (for example, ground facilities).

On average, I try to get over about once a month. I won’t be at Sunderland on Monday night but, Sky/ESPN permitting, I hope to be at the return game at the end of February.

If I knew that, I would be down the bookies making my fortune.

I am the secretary of the Everton Supporters’ Club Northern Ireland (ESCNI). We have a membership of over 300, many of whom regularly travel to Goodison. The club has its own website at www.escni.co.uk. I am 49, work as an engineer in the civil service, and have a wife and three children (ages seven, six and three).