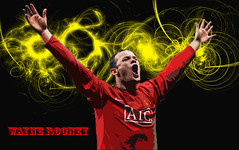 Behind the belligerence and the bombast, Sir Alex Ferguson reputedly has a sense of humour. Just as well; he’s going to need it …

Sir Alex was at the Blackburn Rovers v Sunderland match on Monday evening, among a posse of top managers anxious to check up on the £100m-rated (by Salut! Sunderland) Henderson, who started well before fading in a disappointing team performance.

At one point the United boss was overheard telling Everton’s David Moyes: “I’m through with Rooney, his hookers, his sponsorships, his seaside family snaps, his arrogance. But I’ll bet old Brucey would take him on.”

And today, SAF announced to the world that Rooney indeed wished to leave the corporate stink that is Manchester United.

It is believed Sir Alex was on the point of adding his intention to sign Henderson on the tried-and-trusted basis that United are frankly entitled to entice whoever they want to Old Trafford.

But Bruce had already decided that if Henderson had to leave, he would invoke the Bordeaux/Chamakh rule: there was no way he would be allowed to go to the smaller of the Manchester clubs.

So by the time United’s formal bid was received – Rooney plus £20m plus any two others from the United squad – Sunderland had made up their minds. And Ferguson had to accept that further bids on his part would be doomed to failure.

It remains to be seen whether City will now attach greater immediate importance to a mischief-making pitch for Rooney (the dust is already said to have been brushed off those “welcome to Manchester” posters used when Tevez signed) than to bidding for Henderson.

Sources at Eastlands hinted that if Rooney were to be signed, the best City would feel able to offer for Henderson would be £25m plus Adam Johnson. This would fall some way beneath Sunderland’s valuation.

A spokesman for Proper Clubs, Proper Fans, Proper Football said: “Of course, they could alternatively just f***off and leave Sunderland to continue nurturing their own player.”

This story was especially made up by the Redknapp Committee of managers, players’ agents and Fleet St/Sky hacks in the hope that it would unsettle the lad and make a transfer more likely.

4 thoughts on “Fantasy football: ‘Man City ahead of United in Hendo chase’”