UPDATE: George Mulhall’s son, Neil, has written to Salut! Sunderland: “I would like to thank you for your lovely tribute to my father. It brought tears to my eyes reading it.” Neil and other relatives can be assured our thoughts are with them.

Pete Sixsmith writes: on a day when the SAFC news feed went haywire with talk of a new owner, new investors, new manager, new strip, new badge, new division to play in and new hope for the future (maybe), I would prefer to concentrate on something that happened almost half a century ago.

On April 23 1969, we played a rearranged game at Turf Moor, Burnley. The original had been snowed off a few weeks earlier when we were a goal down to a Burnley team who were drifting along in mid table as were we under Alan Brown.

I must have taken a day or at least an afternoon off school (I wasn’t missed) and what was a nondescript game, played in front of a paltry crowd of 10,181, turned out to be a significant one for Sunderland supporters.

In that game, two club giants made their final appearances. Charlie Hurley was one of them, a man who was loved by the support, was known as King Charlie and who remains a living legend. 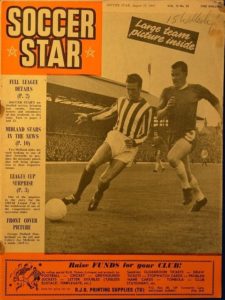 The other was George Mulhall, a Scot from Falkirk, who had been with the club since August 1962 and was a popular and highly effective left winger.

George’s death was announced on Saturday, at the age of 81, and with his passing went a player who was loved and admired by all those who trooped into Roker Park in the seven seasons he spent with us.

He came from a footballing family. His brothers, Martin and Edward were players in the lower regions of the Scottish League, representing the likes of Cowdenbeath, Brechin City and East Stirlingshire.

George seemed to have a bit more talent than his siblings and was picked up by Aberdeen in 1953. 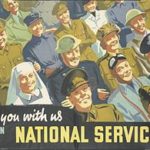 He did his National Service and played alongside the likes of John White, Alex Young (“The Golden Vision”) and Alex Scott and was also a successful basketball player. When Hather packed up his boots and returned to his native County Durham (he signed for Blackhall CW, then a professional club playing in the Midland League), George stepped in.

He caught the eye of the Scottish selectors and was awarded his first cap in 1959, scoring in a 4-0 win over Northern Ireland and a series of consistently exciting performances on the left touchline at Pittordrie convinced Alan Brown that George was the man to replace Jackie Overfield on the left flank.

His debut was on a Tuesday night at Millmoor in September 1962. Surrounded by the cranes and scrapyards that made Rotherham’s ground such a joyous place to visit, he must have wondered what he had let himself in for as the Millers beat us 4-2.

His next game was at Roker in front of 36, 399 as Luton Town were despatched and he scored the first of his 66 Sunderland goals at The Dell a week later in a 4-2 win. The other three came from Brian Clough. They formed a good, albeit brief partnership.

He was a regular for a number of years and in that fine team of the early 60s he worked well with Johnnie Crossan, giving us a strength down the left side that led to many goals and many victories. He holds the record for consecutive Sunderland appearances, making 114 between his debut and April 1964. Jack Rodwell may yet challenge him.

Over the years, he scored some fine goals. He notched the third one at The Sports Direct as we saw Newcastle off in 1966, when he cut in from the left and rifled a shot past Willie McFaul. He scored two as we came back from 1-3 down to beat Burnley 4-3 in 1966 and grabbed a never to be forgotten winner at Old Trafford as we foiled United’s attempts to win the title on the final day of the 1967-68 season.

All in all, he played 284 times for Sunderland, scoring 66 goals and thrilling a couple of generations of Red and Whites with his direct style (straight ahead), turn of speed (many a full back was left floundering) and eye for goal (66 was a good return for an orthodox winger). 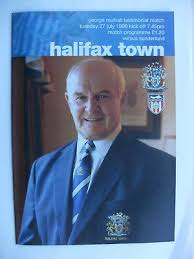 He took up management at Bradford City, Bolton Wanderers and, notably, Halifax Town, where he became as much a legend for The Shaymen as he was for the Rokerites. I met him once at a pre-season friendly between Brighouse Town and FC Halifax Town where he was a treasured guest of both clubs. He spoke fondly of his time at Roker and of living in Sunderland and said that he always looked first for our result.

He had been in poor health for a while and his passing was no great surprise. I will remember him as a dashing winger, a good player and a man who stood up for his team. Would that we had the likes of him playing for us now in these increasingly dark days.

21 thoughts on “George Mulhall: an appreciation”

Next Post
Crisis Sunderland: Short out (about time), Coleman out (and his fault lay exactly where?)