John McCormick writes:  you’ll have read about our goings-on in all or some of the Guardian, the Evening Chronicle, the Sunderland and Northern Echos, various websites and possibly even the Daily News, and you’ll no doubt have felt so energised and enthused that you could have knocked a horse out, had you been inclined to punch one. But this has been but a mere bagatelle – nothing more than a taster. I promised a short while ago that Pete Sixsmith would provide the Salut take on our new manager and here is the master himself, with this and more; you can leave the front page news to Wishbone Ash, there’s no need to go elsewhere.

What a week. New owner in situ, CEO gone, new manager appointed, backroom staff culled and a half promise to do something about the pink seats. The revolution appears to be well under way.

It’s not the first one I have witnessed at Sunderland AFC and, like our good friend Benjamin the Donkey from George Orwell’s Animal Farm, those of my vintage have seen a few.

It would be unfair on the new owners to be as cynical as Benjamin was when Farmer Jones was kicked out by the revolt of the livestock and the establishment of a new animal-based regime, but there is a sense of the world-weary cynicism that Benjamin espouses when he is asked by the other occupants of Manor/Animal Farm about the past; “None of you have ever seen a dead donkey.” 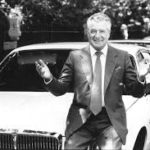 In my time, I have seen the tenancy passed from Syd Collings to Jack Parker and then on to Keith Collings, son of Syd. The Collings family had owned the Central Laundry on Fulwell Road but were finding it difficult to fund the club so in came Tom Cowie, a Wearside motor magnate and staunch Conservative.

He had grandiose plans and made it perfectly clear that cost cutting would be required. He compared our support unfavourably with Our Friends From Up The Road and he eventually sold his shares to Bob Murray. 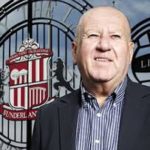 Bob Murray was far too decent a man to be involved in football. He oversaw an up and down period in the 25 years he was at the helm, a period which saw stagnation in the second tier, a brief revival and the building of a new stadium and (eventually) training centre and Academy.

However, he was unable to take the club forward and in came the Irish, looking for a good time and under Messrs Quinn and Keane, thoroughly enjoying the ride – until the Celtic Tiger collapsed. We may not have seen a dead donkey, but we have seen a dead tiger!!

Ellis Short rode to the rescue on his Missourian horse and for a while, gave the impression that this revolution was going to stabilise the club (spot the oxymoron, comrades). As we know, he grew tired of pouring money into a bottomless pit and decided that the way forward was to sit in a darkened room, cross his fingers and hope that he could sell up before the club perished. 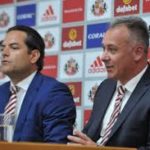 And perish it almost did. The Missourian horse was replaced by an Oxfordshire one, ridden by Stewart Donald and he has swept into Sunderland, capturing the interest and support of fans old and young. Along with former Telegraph journalist Colin Randall – sorry – Charlie Methven, the new regime has done to The Stadium of Light what Napoleon and Snowball did to Manor Farm. The (latest) revolution is well under way.

The first priority was to rid the club of as much of the old regime as possible. Martin Bain went first, then a number of those that Bain had brought in from his Rangers days. There was a predictable number of sackings in various parts of the club as the new owners began to look for the first of the substantial savings that had to be made if the farm, sorry, club were to survive.

So far, Messrs Donald and Methven have created a positive impression. The press conference where they made it abundantly clear that the days of players taking the p*** out of the club on and off the field were firmly in the past and that only hungry players who would improve themselves and the club would be signed.

To that effect they have brought in a young and hungry manager from Scotland – a man who has revived a moribund club with a long history and has got it back into the top level without spending vast amounts of money and by playing football which has been pleasing to watch – David Moyes take note. 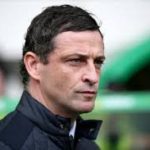 Jack Ross comes with a good reputation. Barnsley wanted him last year but he withdrew from the interview process. Ipswich Town wanted him to replace Mick McCarthy and had almost appointed him but dithered, so Stewart Donald hi-jacked the move and convinced the former Hartlepool full back that a football club with a 48,000 seater stadium, a Class 1 Academy, situated in a football daft area, was a better bet than the relative footballing backwater of East Anglia.

There are some parallels that can be drawn with Ipswich’s beloved neighbours, Norwich City. They appointed a no-nonsense Scot in Alex Neil and immediately reaped the benefits by winning the Play off Final against play off duffers Middlesbrough and returning to the Premier League, albeit only for a season. Neil had managed unfashionable Hamilton Academicals, a team with inferior support to Ross’ St Mirren. If Ross can emulate Neil we will be well pleased.

He has a managerial career of constant improvement and progression.

Starting his coaching career at Dumbarton and then Hearts, he became manager of Alloa Athletic, taking them to promotion before moving on to Paisley and St Mirren. In every move he has made, Ross has shown ambition and a clarity of purpose. 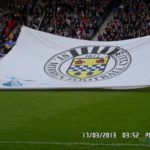 The comments from St Mirren officials and supporters show that they fully appreciate the job that he has done and Davie the Buddie (the term for folk from Paisley) describes him as the best young manager that Scotland has produced in years and thanks him for “some of the best memories in all my time being a St Mirren supporter” while CEO Tony Fitzpatrick has described the departure of Ross as “like a death in the family.”

We may just have got this one right. The last eight appointments have all backfired (O’Neill, Di Canio, Poyet, Advocaat, Allardyce, Moyes, Grayson and Coleman), some slowly, some spectacularly. This one just seems to be a good fit for what we all hope is a different club with a different outlook under Donald and Methven.

As always, the proof of the pudding is in the eating and we need to see what type of player Ross brings in and what kind of finance Donald can filter into the club. His visit to Monaco won’t bring in any players but may bring in some finance for later. Nor do I expect Jack Ross to return from his Greek holiday with a couple of PAOK reserves.

I do expect to see players who will be proud to wear the red and white stripes – only not that abomination that Adidas came up with last year. I don’t see Ross and his erstwhile assistant James Fowler, bringing in the likes of Will Buckley, Darron Gibson and Valentin Roberge. Feel free to add your own names here…….

Pre-season friendlies will be announced soon and the fixtures are out on the longest day, 21st June. We will have a day of taunts from our black and white chums regarding Accrington, Fleetwood and Wycombe but we have to rise above it – and let their car tyres down when nobody is about.

Finally, all the best to Jordan Henderson as he leads Liverpool out in Kiev for their Champions League final against Real Madrid. I am no lover of the Reds, but I admire Jurgen Klopp as both a person and a manager and there is the pleasure of seeing a player who I watched as a young man at Hetton, leading his new team out in the most prestigious club game in the world.

I don’t think that George Orwell was a great football fan but I am sure that he would have wanted Liverpool to win. Real Madrid were the team that General Franco favoured and Orwell, in addition to being a damned good writer, also fought for the Republican cause against the Fascists in Spain.

Youtube clip posted by WishboneAshAllSongs, January 2015. If there is any copyright claim, not answered by ‘fair use’ exemptions, on the video and images used to illustrate this report, please make us aware and we will add credits or remove as requested.

13 thoughts on “Jack Ross, the new boss. Just one of many changes as Pete looks back on the week”