Martin has already vividly described his first few days back on Wearside, where bis parents were born and raised before emigrating, and promises more. He has a ticket for the Liverpool game and also for the next home tie, against Man Utd a week later.

How sweet the flight home would feel if, somehow, it was made after Sunderland’s points tally had risen to 25. Even a draw and a win would send him home happy. 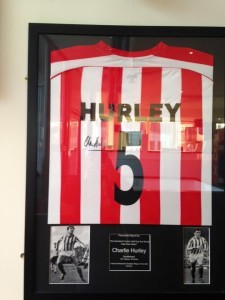 Guess the Score, Lads and Lasses. Still just for fun as no new sponsor has appeared out of the mist to stump up for a weekly prize.

Here’s how I summed up our chances in my preview for ESPN FC, where I’m boldly tipping us for a 1-1 draw:

After winning plaudits but no points from Tuesday’s 1-0 defeat to Manchester City, Sunderland visit Liverpool on Saturday under no illusions about the uphill nature of their fight for survival.

… But this was a hugely encouraging performance from the new-look Allardyce team.

There were debuts for three of his transfer window signings — Lamine Kone, Wabi Kahzri and Dame N’Doye — and a magnificent display of composure and skill from a fourth, Jan Kirchhoff. If the spirit shown against City can be maintained, the visit to Liverpool need not be one of those games supporters tend to file under bound-to-lose.

Next Post
The Canadian Mackem: a Sunderland diary starts with ‘timewasting’ Manchester City