One part of me wants to write about Roy Keane’s Premiership squad finally taking shape. 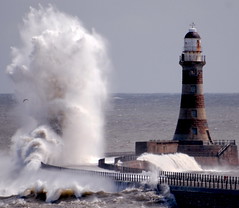 The signing of Kieran Richardson was a great coup, and adds usefully to the build-up of pre-season excitement. And I am relieved tha despite speculation about David Bellion, he ended up going to Bordeaux (from Nice).

But Keano has more work to do in the transfer market, so I am happy to let matters rest while he completes his strengthening of the promoted side, a process we all hope will include the arrival of players of proven top-flight quality.

But it occurred to me when reading Pete Sixsmith’s comment on Terry McLoughlin’s recent guest column that the histories of ordinary fans are often as interesting as those of the occasional Celebrity Supporters.

Let me promote Pete’s reminiscences, and those of both Terry and the earlier guest columnist, Mark Hanson, for readers who missed them first time round (I realise footnotes and comments are not always as avidly read as they might be):

My first experience of Roker Park was in 1961. I had only been living in the North East for 18 months or so and came from a Rugby League background in Leeds. Football had never appeared on my radar as a youngster. One of my uncle’s took me to Elland Road to see Leeds and John Charles but I was bored and just wanted to go back to Headingley to watch my first idol Lewis Jones. My fathers job brought him to the North East and he took me to Roker Park with a Middlesbrough supporting friend of his for a local derby against the Boro. I think I was more interested in Sunderland than any of the other local clubs, probably because I had just got to know Colin. But whatever the reason I was hooked when I walked through the entrance into the Roker End and saw 40,000+ faces and huge stands.

Headingley was nothing like this and I realised that Rugby League was a parochial game and that football was the ultimate sport. The colours were so bright and although the game was a drab goalless draw it made me into a Sunderland fan. From then on I have travelled to home games on the train with Colin before Dr Beeching put a stop to it, Kenny Snowdon and Billy Reilly’s bus from Close House, the OK bus from Bishop when I was at school and by various cars from a Hillman Minx to a Mazda 3. I still get that special feeling when I walk through the turnstile believing that I am watching a club which is a part of me. Thank goodness for Drumaville – I couldn’t have stood it if what has happened to Manchester City had happened to us.

Part of the sensible Geordie brotherhood – Red and White Geordie from Shields (please don’t refer to Sunderland supporters as mackems!). Started going regularly in 1970. Been to every Wembley appearance except 1937. I hope to see many more at the New Wembley – why is that not in the middle of the country? Lived in the States the last 20 years but still fly back for games. Last season took my son for his first game (we’d followed them on the two N. American tours but that doesn’t really count). It was the 3-2 home win over Burnley. On return, his mother asked him what it was like. “Mam! It was brilliant!. I could scream as loud as I wanted and still not hear myself.” Another convert to the cause.

AND TERRY ON TERRY

Memories of being taken as an nine-year-old to watch Sunderland at the end of the 50s by a good family living in the same street in Gateshead. Being passed by one of them through the boys’ turnstile at the Roker End to be met on the other side by his brother or dad. The Reids, so much to thank you for. The climb up to the terraces and then, out facing the pitch. Sitting on the barrier beneath the floodlight. Never passed down to the front, they took care of me. The car journey home, warm and asleep, in a Ford Prefect, woken only at East Boldon level crossing. The years passed, the Cloughs, the Baxters & Todds came and went. Then the train journeys from the old Gateshead railway station (see Get Carter). The walk from Seaburn station to the Fulwell End. The foggy nights and games cancelled. Then growing up and moving away.
Missing most of the 70s and 80s working abroad (no internet then, only the World Service). Having a family. Taking them to their first games. The SOL and watching football in style. Meeting friends at the stadium. Meeting Charlie Hurley. The great games we’ve seen. So many good memories. But nothing compared to the first time you come out to face the pitch at a full Roker Park. The biggest “kick in the knickers” you’d ever get.

* Another footnote: Pete was right to identify the old black and white pictures as having been taken after the 1973 Cup Final at what he calls “Harrow Club” but is the Wealdstone Ex-Service Club, next door to Harrow. A group of supporters, all or most from Shildon, where I also grew up, had the habit of heading for that club after any match in the south that left them time to make it in time both to have a drink and catch the train home from Kings Cross. But Pete is too closely associated with Salut! Sunderland to qualify for a prize.