For me 2019 meant cancelled holidays, surgery, Wembleys missed, then life put on hold while chemotherapy did its best and its worst. Chemo disrupts sleep, so much so that I was grateful to be able to spend many dark hours editing and posting material on the Salut! site, despite it (the chemo not the site) leaving me with neuropathy, which makes typing difficult. Chemo also lingers on; it wasn’t until my first trip to the SOL after treatment that I began to appreciate how far I had to go in my recovery. At half time against MK Dons I’d asked Pete if Maguire was on the sub’s bench, when he (Maguire, not Pete) had played from the start. Then I read Malcolm’s post-match report, where he said how pleased he’d been to see me, and realised Malcolm was the unknown bloke I’d been speaking to. That made me wonder if I was rushing things and I gave up thinking about going to games over the winter.

2019 has been hard, and the last few months have probably done as much to mark my time with Salut! Sunderland as anything else. They shouldn’t. My first post was published at the end of February 2102, as a guest piece. Since then I’ve had the pleasure of pre-match pints and the company of Colin, Pete, Malcolm and Jake in places as diverse as Accrington, Anfield, Shrewsbury and, of course, Wembley in 2014, not to mention the chance to work on one of the best fans’ websites anywhere. Not the biggest, not the most far-reaching, just consistently good. I wouldn’t have missed it for the world.

Yet Colin’s decision is timely. I have a life to reclaim, a wife to whom I owe some time and family to cherish. 2020 will be a good time to not have additional commitments. 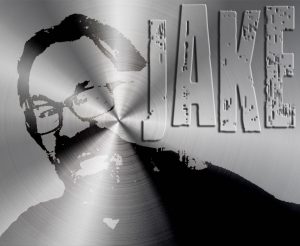 Salut! Sunderland’s farewells: Jake the illustrator on Monty, Toddo and doing his bit