Pete Sixsmith writes: I have been dormant since that gut wrenching, heart breaking, anger inducing last minute defeat to Charlton, a game which showed that we were not good enough over 46 league games or over 90 minutes, two observations that were as worrying as they were disappointing.

Subsequently, I paid little attention to and took little interest in what was going on in the football world, a world that for many seems only to exist at Eastlands, Old Trafford, Anfield, Stamford Bridge, Ashburton Grove and White Hart Lane. Or, if you are a Newcastle United supporter, outside of a Sports Direct shop where you can shout rude things about the owner.

The Women’s World Cup passed me by although I did enjoy the bits I saw, as I was beavering away assessing the nation’s gilded youth’s knowledge and understanding of America 1920-73 for one of the examination boards and trying not to chuckle at a very earnest candidate who thought that there was a famous jazz musician called Neil Armstrong – presumably he was playing Everyone’s Gone To The Moon.

I spent a very enjoyable day in York with eight old (and we are) school friends, supping a few pints, having a good meal and falling asleep on a train and once the marking had been completed and Satchmo had taken off his space suit and moon boots, I spent a lovely week in Herefordshire (just), walking the Malvern Hills.

The day after, I paid a visit to Droitwich Spa to see the home team fight back from 1-3 down to draw with Malvern Town, the big boys from down the road, and sky a last-minute penalty into the bushes, thereby failing to put the proverbial icing on the proverbial cake. 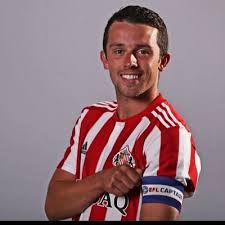 Other than that, I have despaired about the state of the world, the nation, the English Cricket Board, Leeds RLFC and the attitude of some of my fellow supporters to George Honeyman. We’ll leave Trump, Johnson, The Hundred and the prospect of my “first love” having to play Batley, Dewsbury and Swinton next season and concentrate on the latter.

I have been watching Sunderland regularly since 1964. In that time, I have seen a host of charlatans, fakes, idlers and ne’er do wells don the red and white stripes. Some of them managed to fool large areas of the support into believing that they were dedicated and committed to Sunderland and that all they wanted to do was to run out at Roker Park or The Stadium of Light and that they were as much in love with the club as we, the fans, were.

I’ve also seen some hard working, committed players who may lack the explosive talent of those in the previous category, but actually were dedicated to SAFC and who wanted nothing more than to don those stripes and give their best. That might not always be of the highest quality but as Argus used to say about Bobby Kerr, “he could not be faulted on the score of effort”. 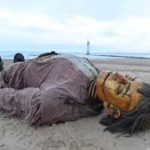 George Honeyman falls into that category. He has been at the club a long time. He worked his way up through the Under everythings to the fringe of the first team, making his debut when he replaced the wretched fraud aka Ricky Alvarez as we crashed out of the FA Cup at Bradford City. After the nightmare known as The Moyes Period, he was selected regularly by Simon Grayson and Chris Coleman and, when Jack Ross came in to try to revive the (ahem) sleeping giant he was made captain. A local lad who had come up through the ranks, made captain. What’s not to like about that?

Unfortunately, there are a number of people who don’t. On the odd occasion that I can be bothered to look at the SMB message board, the amount of vituperative comments about Honeyman sickens me. Some of them are plain offensive while the “s***e” word is frequently used to describe all that he does. Here we have a youngish man who has worked hard at his profession and made he most of his abilities. He has stuck with the club in its darkest days, has chipped in with some valuable goals and is clearly well liked by his bosses and peers.

But, because he is not up to the standard of player that some of the posters think we should be employing, he is lambasted for whatever he does. This is a club that spent a record fee on Ndong, a club that wasted money on Alvarez and signed a player in McNair whose concept of loyalty was to bunk off at the earliest opportunity. 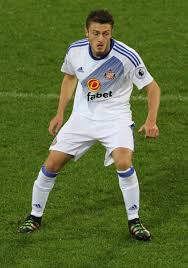 It’s not just Honeyman. The owners have had a rough time on social media. The manager has been torn apart. Other players have been condemned by those who seek to prolong the negativity that can often descend over The Stadium whenever anything goes wrong.

At one stage I seriously thought about surrendering my season ticket and not bothering any more. The relentless carping and criticism had worn me down, so much so that I stopped looking online and relied on newspapers for information and observations. A return to SMB has seen a small change in how players are treated but too many posters seem to forget that footballers are human beings and deserve some consideration; criticism yes, insults no.

As for the year ahead, we know what needs to be done. The squad is smaller, less well paid and hopefully, hungrier. The new players brought in seem more energetic and there are home produced players like Robson, Embleton and Hume staking a claim to a place in the squad.

16 thoughts on “Pete Sixsmith, George Honeyman, wonderstrikes, and many points to ponder”

Next Post
Sunderland vs Oxford, goals (secretly) galore and a fond farewell from Bryan Oviedo