John McCormick writes: I had some time to kill this morning, waiting for the miserable weather to ease up, and got the computer out to check my premium bonds (I hadn’t won) and order hoover bags. I never did order the bags because I got distracted by the little red counter at the top of the Salut home page. To you it might be just a number ticking towards the 3.5 million mark but I, with a password, can go a bit deeper. And what did I find when I did that? Only that we have a secret admirer.

Who is it? I don’t know for certain, but surely there can be only one answer:

Salut Sunderland’s readership goes up and down, as you might expect, on account of fixtures and the other, somewhat random, events which characterise this club of ours. Typically we’ll have more than a few hundred visits but on quiet days where there’s little happening it can drop to a much lower figure.

Yesterday, for example, saw only 393 unique visits. About a third were from mobile devices and tablets, no doubt reflecting not only different hardware but also changing habits from the time, only 10 years ago, when Colin started his enterprise.

Those 393 readers come from a surprising number of places. The majority are from the UK, but under 4% come from Sunderland itself, although Durham, Gateshead, North/South Tyneside and other local regions are also represented. So too, however, are Essex, Hampshire, Croydon, Richmond-upon-Thames and sundry points both north and south of Penshaw monument.

Even with all of these, the UK provided only 50-60% of our readers. Perhaps that’s not significant given the small numbers involved but I have seen similar proportions on days when we have thousands of visits. I surmise that sites such as ours provide a source of information, or maybe just a means of touching base, for the many North-easterners in exile. Where else will you find out what’s happening? Not from national dailies and TV, surely.

Many of those exiles are to be found in Western Europe and North America which together with the UK provide about 90% of our followers. Nor am I surprised to find we have readers in Australia, especially as my uncle Jack (ex-Sacriston, now Brisbane) has brought his family up in the true faith. 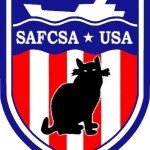 We know about some of these. Colin himself is no doubt responsible for some of the traffic, as will be Jake, our Spain-based graphics maestro. Robert Simmons was, for a time, our voice of America and we had US and Canada-based fans reporting from our US tour only a couple of years ago, while Canada-based Martin Bates’ return to the North-east was chronicled even more recently.

I’m sure both Jeremy Robson and Rob Hutchison reported regularly from overseas and occasionally others have cropped up – in 2012 someone called Patrick made a comment about our tour game against Seongnam FC at 1.20am and made me think he’d watched the game from somewhere local. Perhaps it was he who caused South Korea to crop up in our stats this weekend.

We’ve had – and still have – enough African players to explain why we get visits from a number of African states. But some of the other visitors to our site are intriguing. Is the reader from St Kitts and Nevis on holiday or a native of those islands? Can the same be said of the visitors from Iceland, India and Indonesia? I wonder. And what will the Chinese authorities do to the person or persons (there was more than one visit) who breached their firewall to read about Pete Sixsmith’s trip to Scarborough? These are but a few of the 33 countries who called in this weekend.

I reckon I know the answer, or at least part of it; with such secrecy there can be only one possibility.

It’s not likely to be Kim Jong-un, the supreme leader, as he could make unlimited visits. It could be Kim Yong-nam, Chairman of the Assembly Praesidium. Perhaps it’s army commander Choe Yong-gon, or the ever young septuagenarian announcer Ri  Chun-hui. But whoever it is, he or she has enough seniority to breach the firewall protecting the Democratic People’s Republic of Korea from the rest of the world and sneak a visit to our site.

Someone high, someone very high, in the North Korean government is a Sunderland supporter.

6 thoughts on “Salut asks – Who is Sunderland’s secret admirer?”

Next Post
Sixer’s Travels: Scarborough fair as they squeeze past Workington