WAY has grown to HAWAY, simply because it seemed an appropriate acronym for Salut! Sunderland‘s annual Who are You? awards to those judged to have contributed the most interesting responses in the Who are You? feature that precedes every Sunderland game. It doesn’t matter too much whether we make this the Hello and Who are You? awards or dream up some other first words starting H and A. Our Oscars are, henceforth, the Haways.

There were 49 interviews to choose from in 2013-2014, a reflection of our Capital One and FA Cup runs. And once again, the judges were quick to identify the best.

In truth, there should be 49 winners (actually one or two fewer since in a couple of cases, fans of other clubs did the honours more than once, Stoke-supporting Angela Smith being one of them).

But the first three, using the system of five points for a first place, three for second and two for third are as follows, the highlighted name and team serving in each case as a link to the interview as published:

1: Raich Carter, Hull City. A familiar name to Sunderland fans, Raich is the son of the great, Sunderland-born man ranked among the finest English footballers of his or any other generation. Raich senior collected two first place votes, including this from Salut!’s deputy editor, Malcolm Dawson (Monsieur Salut’s was the other):

First and foremost a really entertaining piece by a supporter who watches his team week in week out. These are in my opinion always more insightful than those from bloggers who are forced to, or through choice use TV and the internet to follow their side and that’s not meant to demean the passion of supporters who simply cannot get to see their team regularly because of where they live. The Sunderland connection and reminiscences were a bonus.

* Raich wins items of his choice, to a total value of $200, from the US suppliers soccerpro.com

2: Pete Molyneux, Manchester United. His interview produced a superb set of replies, which we split into two (the second part appeared at https://safc.blog/2014/05/the-manchester-united-who-are-you-2-tremendous-respect-for-sunderland/. He is the man behind the famous 1989 anti-Sir Alex Ferguson banner – United fans were restless after at least one game without a win – but went on to be among the Scot’s firmest admirers. His book, Ta Ra Fergie – The Legacy of the World’s Greatest Football Manager was published last year.

Paul Dobson, Sobs of ALS and occasionally Salut fame and himself a published author, wrote:

… entertaining read, good opinions, and all backed up by fact. Top stuff, and helped by the fact that he has respect for us.

Pete may choose from Campo Retro’s range at camproretro.com. 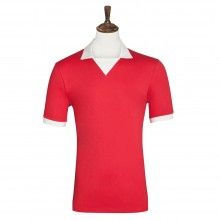 3: Melissa Rudd, Norwich City. An assistant producer at TalkSPORT, Melissa, in the words of M Salut, “rose above the wear and tear of the office party the night before to offer some knowledgeable thoughts on her club, our club and football generally”.

Melissa may choose between a year’s subscription to the great football magazine When Saturday Comes or a choice of WSC tops. If she visits http://www.wsc.co.uk/, she will get an idea of the options.

Pete Sixsmith had him top with this assessment: “Kidderminster Harriers: a club we will probably never play again unless the idiotic Dyke gets his way with B teams. A good read and a different view of football from the ones we usually get.”

Also joint fourth were Anthony “Ants” Ashton – a Spurs supporter with an “intelligent, humorous views of a proper traditional football supporter,” said Jeremy Robson, placing him top of his own choices – and Simon Curtis, who writes on Man City at ESPN.

And votes were picked up by Jim White (Swansea), Angela Smith (Stoke) and Mark Barber, secretary of the Man City Disabled Supporters’ Association
.

Thanks to all and to soccerpro.com, Campo Retro, When Saturday Comes and Philosophy Football for their generous sponsorship. I shall be in touch with all winners regarding the prizes. See below for details.

You will notice there are four sponsors not three. My special additional award – a Philosophy Football World Cup top – will go to Scott, the Kidderminister fan. I will check with Philosophy Football as to which product it wishes to supply as the prize.

And thanks to readers, too, for their often lively comments on the series as it progresses. If salut! Sunderland were to collapse tomorrow and vanish without trace, Whoa re You? – and the now-named Haway awards – would be one of the aspects of its life of which I would remain forever proud.

Second-placed candidate will be invited to choose from the current range of Campo Retro tops, among which are several additions to mark the imminent World Cup (but harking back, as is Campo Retro’s attractive way, to previous tournaments). Look out one day soon for a “road test” of the Belgian shirt by our old friend Sobs, aka Paul Dobson,

For the third-placed candidate, there’s * a year’s subscription to the much more than half-decent football magazine When Saturday Comes, or a choice of top. Check out the possibilities at http://shop.wsc.co.uk/index.php?page=shop.browse&category_id=10&option=com_virtuemart&Itemid=67

* And the winner of a special editor’s award will receive a World Cup top from Philosophy Football, frequent supporters of Salut! Sunderland promotions and purveyors of clobber with messages. We are still not yet entirely sure which one they are offering) will be Monsieur Salut’s special prize, going to a close fourth-placed candidate or someone else seeming to have a pressing case for recognition.

The prizewinners’ interviews will be republished here this week. Congratulations to each of them.