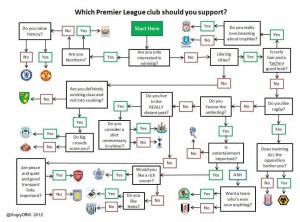 This has been a week of great happiness – beating Arsenal to reach the FA Cup quarterfinals, welcoming Fraizer Campbell’s inclusion in the England squad and James McClean’s Irish call-up – and much sadness, Niall Quinn’s decision to end his links with SAFC. Oh, one more happy bit: Salut! Sunderland reached ninth, its highest ever position, in the Soccerlinks hit list (though we may have fallen by the time you click on that link) …

There was also fun. Click on the Premier League map above or to the right, depending on what sort of screen you’re on, to enlarge it. Then see how long it takes you to reach Sunderland. We wrote about it at this link and also found a club owner, in French Fancies, who makes Mike Ashley seem thin.

For our report on Niall Quinn’s departure, follow any of these links:

* A colossus departs with our heartiest thanks

Taxis all round: he showed his true class when he called for and paid for taxis to take
Sunderland fans from Bristol to home when EasyJet refused to allow them
to board a flight because they were “boisterous” after a crucial victory at
Cardiff.. “These are our people,” he said and coughed up the fare. Can you
imagine the Glaizers, Mike Ashley, the West Ham pornographers doing that?
Thought not.

* Did disappointment at small crowds influence his decision?
Extract

… maybe Niall was becoming tired of trying to coax the armchair Sunderland fans away from their firesides and pub screens and into the Stadium of Light.

Saturday is a good case in point as little more than 22,000 of our fans made the journey to the Stadium for the most important game of the season so far. Prices were reasonable (£20 and £10), the opposition was good and the team have been playing well. But the crowd figure was awful and must have come as a bitter disappointment to those who own and run the club.


Sixer wrote splendidly on the defeat of Arsenal and I welcomed Stuart Pearce’s decision to name Fraizer Campbell in the England international squad.

And Dave Hewitt chipped in with some excellent reminiscences in the West Brom “Who are You?”.

At Roker Park with Kevin Ball as captain last match of the season when you were promoted as champions. There was a presentation ceremony after the game and I was a photographer that day. The trophy had been placed on a table on the pitch with an Endsleigh league sign behind it. Before the presentations began a gust of wind blew down the sign which in turn knocked over the trophy. When the trophy was put into Kevin Ball’s hands and he lifted it up to the crowd, the figure that was on the top of the trophy was missing. Knocked off by the sign. Talking to Kevin years later he said he always had been blamed for the damage. I gave him a picture of the sign knocking off the trophy. I believe he has it in his office now.

Of course that wasn’t all. Eric Sweeney wrote about Wenger’s wobble as Arsenal manager and there was fuller coverage of last Saturday’s game.

Go to the home page – by clicking anywhere on this paragraph – bookmark it and then use it to visit and explore the site. All the most recent six article are highlighted and the ones before that appear in a neat row along the bottom of the landing page.

And Ha’way the Lads at the Hawthorns.