Malcolm Dawson, deputy editor, writes: last week I composed my contribution to Salut! Sunderland‘s end of season review series – see all items so far at this link – in response to Monsieur Salut’s urgings and thought back to my feelings at the end of term when Big Sam had engineered yet another Great Escape.

In 2016 I referenced Ian Dury’s hit Reasons to Be Cheerful Part 3 to follow on from the previous year when I had used the title of the Zoe record Sunshine on a Rainy Day which in turn had followed that of Irving Berlin’s Blue Skies. I chose those songs because my articles all spoke with unjustifiable optimism, despite my constant disappointments following Sunderland AFC. There was always something to give me a little bit of hope.

But time spent recovering from surgery meant that I missed a couple of games in the Moyes reign and caused me to rethink whether or not I needed my fix of footballing disappointment. With Ellis Short in control of the club I could only see it going one way and made up my mind that I would not renew my season card as long as he was the owner. That in turn led to what follows – the bulk of which was written before last weekend’s announcements. For anyone who hasn’t spotted this year’s reference let me refer you to The Smiths and What Difference Does It Make?

The year of 2017 was the year I fell out of love with sport at the highest levels. It had been coming. Not just because of poor on the field performances, but because of the sheer immorality of the whole business. And that’s what it has become – a business.

When I was growing up in a County Durham pit village, like every other boy I went to school with I was mad about football and cricket.

It was part of who we were. There were plenty of lasses too who enjoyed the sports (my own sisters were Sunderland fans from an early age) and while we were kicking a tennis ball or a casey about we imagined ourselves as Johnny Crossan or local lad Brian Usher.

In summer we were Ken Barrington or Geoffrey Boycott using a metal dustbin as a wicket and learning bad habits with cross bat shots, because you scored a six if you hit the coal house hatch on either side of the narrow terraced back streets. 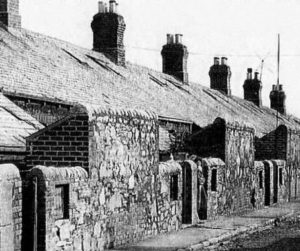 Then my sisters would be sitting astride the wall riding an imaginary horse or playing two balls against the gable end, while our “Test Matches” were played to a never ending chorus of “Oh When the Saints” played on plastic kazoos as troops of primary schools kids marched up and down the streets twirling spray painted Domestos bottles taped to broom handles in a bizarre craze for pre-pubescent marching bands in 1960s County Durham.

I never questioned my love of sport and throughout my adolescent and adult life I played something or other.

I was never very good and never very competitive. I played football and cricket – never getting any higher than right back in the dizzy levels of the Tamworth Sunday League Division 6 or specialising in fielding at third man and fine leg in the bottom division of the Leicestershire Cricket League, scoring my only two 50s on consecutive days and finishing with career best figures of 51 not out and four for eight with my occasionally vicious googlies.

I also played hockey at the City of London Polytechnic in 1972/73 as I hadn’t packed my footy boots and only had a pair of training shoes. I tried rugby at teacher training college but only because someone wanted to get a team together and there were only about 15 or 16 lads who were into sport.

Having never played the game before, except once at Houghton Grammar when some keen new PE teacher from Hartlepool tried to introduce it, I played hooker so I could lose myself in the scrum and take the throws at line outs thus avoiding anything that required much skill or aggression. I played twice if I remember, once against the bods from Edge Hill PE College who, 77-0 up at half time, switched the whole team around so that the backs did the scrimmaging and the forwards took on the role of backs. They still racked up a three figure score.

I have watched sport too throughout my life, but have only ever really enjoyed it when I have a vested interest in someone winning.

So I will happily watch the British curling team or the Ryder Cup, even the Commonwealth Games bowls, but only cast half an eye in the direction of Manchester City versus Liverpool in the Champions League or Kolkata Knight Riders versus Chennai Super Kings.

I can enjoy a sunny day at the Riverside or Trent Bridge but mainly doing the crossword and enjoying Auntie Bessie’s apple pies. (Other brands are available).

But for the past few years, the increasingly revealed immorality and the corruption of people involved in the participation and administration of top flight sport has left me in a void, where I no longer enjoy it and have to question its whole purpose and why I spend so much time watching.

For me and many others, taking part in sport has really been nothing other than a way of keeping fit and filling in time in a healthy, physically active way.

Indeed the social aspect was just as important if not more so than the competition.

Others are, inherently more competitive and the pursuit of victory more important than it ever was to me.

And I am questioning why, other than cultural influences, have I spent so much time as a spectator?

Perhaps too, as I am older, the morality question is coming more into my thoughts.

The “Bodyline Series”, backhanders in sport (look no further than the Northern League), the tragic effects of the cocktail Haswell-born cyclist Tommy Simpson took in pursuit of the Tour de France. The history of sport is littered with dubious affairs but I’ve reached the end of my tether with the whole caboodle.

I watched the tears stream down the faces of Steve Smith and David Warner, asking myself how many of those would have been shed had the TV cameras not picked up the use of sandpaper and the Aussies had gone on to win that Test series. Would those two have been filled with just as much remorse or would they have sat smugly pocketing the millions that the discovery of their actions has denied them?

When I think of modern day football, I think of a Texan billionaire who walked in and took control of a fine old club and seemed happy to allow it to be run into the ground with no thought for those who have grown up with it since birth.

I think of Middle Eastern oil sheiks and Russian oligarchs of dubious wealth and ask myself just how competitive the so-called competition really is. I think of owners from afar who walk slipshod over tradition changing shirt colours and looking to rebrand club names on a whim or simply because they can.

The game is no longer what it was and it no longer means what it once did. For every Jermain Defoe that enters my consciousness, there is an Adam Johnson. I could go on but frankly I’ve said enough.

Over the years I have continued to attend the Stadium of Light but as friends and relatives attended less and there is no more pre-match banter in the Kings Arms, I found myself enjoying the whole experience less and less. The whole way the club has been alienated from its fan base led me to not renewing my season card this year just gone and I haven’t missed it. I am doing other things and getting more pleasure from them.

Deep within me is the hope that Ellis Short will soon be just a name in SAFC history, that whichever division we find ourselves in, there is still a club of some sort left and that when that time comes I will be able to rekindle the passion that has been driven from me. Then at whatever level of the pyramid system the club is at, I’ll be back and I’ll be right behind the team.

And now of course, since I penned those words, Short has sold the club (subject to EFL approval) and we have a new consortium in control. I won’t get too excited until I see how things are going but already I’m hoping that there will be a completely fresh start and that things will improve. I’d like to see a clear out of all those players whose heart isn’t in the club, an end to the reliance on loanees and overpaid injury prone journeymen nearing the end of their careers. I want to see a sensible recruitment policy, with an end to stupid contracts which reward mediocrity but most of all I want to see a team which plays with passion.

I’ll give the phoenix a chance to rise and I’ll be back next season behind the team. Watch this space.

1 thought on “Season End Reviews: (5) we have been through hell and high tide”