Malcolm Dawson writes……like a lot of us Pete Sixsmith was underwhelmed by our performance against Oxford and after the Ipswich game he e-mailed me to say that he was becoming disillusioned with SAFC and the game in general. It’s a phase many of us have been through and while I was disappointed by yet another two draws, as I see it, it is better than being disappointed by yet another two defeats and I remain convinced that we have owners who have the best interests of the club and supporters at heart, and a manager and players who are striving for success and never give less than 100%. Disappointment I can deal with if I can see commitment. Despite the disappointment, for me the football at League 1 and Championship level is closer to the game I have followed for nigh on 60 years, whilst the top half of Premiership with its ridiculous transfer fees, wages and player power is now so far removed from the game that was created for the working man and it is there I lose interest.

It was the nature of our performance against Oxford and in the first half of the game at Portman Road that was so frustrating. Last night’s game, as reported by Barnes and Benno, sounded much more open and whilst there were still some defensive lapses was, by all accounts, a much more impressive and attacking display by our boys in blue, with the first shot on target coming in the first minute thus immediately equaling the total for the entire 90 minutes last Saturday.

Pete Sixsmith was there and having instructed his manservant Bruce to retrieve the soapbox from below stairs, then to give it a good wax and polish, is now ready to climb back on it for the first time this season. Was he more inspired by last night’s performance in hilly east Lancs? Let’s find out………

What’s not to enjoy about a Tuesday night visit to Accrington?

It’s a pleasant run over the A59, down to Skipton and then along to Colne for a pre-match pint in Boyce’s Barrel, a pleasant micro pub complete with Sam, the Golden Retriever who will turn on his sad eye look in return for a crisp or two.

The beer’s not bad either. The Robbie’s Porter from Ayr was a welcome change from all the hopped pales and bitters that seem to be in favour at the moment.

The Crown Ground is neat and tidy (although it would benefit from a cover on the away end) and the stewarding is friendly but effective. Once through the portals, there is a pleasant alfresco bar area with relatively cheap beer and a splendid selection of Clayton’s Pies for those who are hungry.

Being a Tuesday night League Cup tie after a rather underwhelming start, the turn out was less than it would be for a league game, but 41%of the crowd of 2343 stood in the uncovered end or sat down the side, which is not a bad turn out at all – just under 1,000 made it.

Of that 1,000 (959 to be precise), the vast majority were non beer chuckers, non singers of songs about players they never saw and non-moaners, so that made for a pleasant evening as well.

The other thing I like about Accrington is that Aiden McGeady does something special there. In March, he opened the scoring with a fantastic strike from the edge of the box. Here, five months after the crushing disappointment of last season, he opened his account by scoring an even better one.

He arrived to replace an ineffective Will Grigg in the 69th minute, nine minutes after Stanley had levelled. Within two minutes, he had played a killer ball to McNulty, whose shot hit the bar and bounced out and then five minutes later, along came a wonderful goal to restore the lead.

He picked up a loose ball just outside the centre circle and bore down on the Accrington defenders as if he were a lion attacking a herd of frightened wildebeest. As they backed off, the McGeady twinkle toes took him into the box, from where he placed a superb shot beyond Dimitar Evtimov and into the net, to prompt wild celebrations amongst the faithful 959 who had made the trip.

It also prompted one elderly female Accrington supporters to say to her friend, “That’s why I said s*** when he came on,” a comment that was picked up by Barnsey and Benno’s mike and faithfully relayed by Malcolm in his fine introduction to the 7. The ghosts of Cissie and Ada stalk the Crown Ground. I wonder if they heaved their bosoms up as effectively as Les Dawson and Roy Barraclough did…..

Enough of large knockers – there are a few of them that sit near me. Let’s do what Bing Crosby said and “Accentuate the Positive, Eliminate the Negative.”

There were first outings for Lee Burge, Alim Ozturk, Max Power and Grant Leadbitter. All did well, encouraging us to follow The Ole Groaner’s advice.

Burge was a bit shaky at the start and was well away from a ball across the box that could have led to an equaliser, but as the game went on, he grew in confidence and showed that John McLaughlin has genuine competition for the goalkeeping spot this season. His distribution was excellent, if not quite Pickfordian.

Alim Ozturk also did well as the second central defender in a back four. He looked fit and capable of forming a partnership with Willis. Both are strong in the tackle, neither gets pushed about and Ozturk clears his lines. He’ll probably have a stinker against Portsmouth (Remember – Accentuate the Positive, Eliminate the Negative).

The midfield duo of Grant Leadbitter and Max Power gelled nicely. This looks like a good pairing, as effective as the pairing between Bluetooth and the various devices that run off it. It will do its job for most of the time but will occasionally need a reboot – or whatever computers call it.

Leadbitter was competitive and sat a bit deeper than Max, who showed why we were all raving about him this time last year. The ball he played for Maguire to set up McNulty’s opener was excellent and he continued in that vein until he tired near the end. On this performance, Dobson and McGeouch will find it difficult to get into the starting XI.

They were aided by Maguire and Gooch, both effective at times. Gooch still seems to need an extra touch on the ball and Maguire is reluctant to go into a hard challenge after his broken leg last year, but both did well.

Up front, Will Grigg had a decent first half and could (should?) have opened his account for the season. In the second half, his game collapsed and once again, he was hauled off to be replaced by the man himself, Aiden McGeady. I’m afraid the sands of time are running out for Grigg with the support and maybe the manager as well. He seems a decent guy so let’s hope he can turn it round.

Mark McNulty looks a completely different type of player. He is physical, puts genuine pressure on defenders and seems very keen to show that his season at Reading was a waste of a year. Having to play at the dreary Majedski Stadium in front of dreary supporters and live in a dreary town must have taken its toll, although you would have thought he should have been used to it having joined Reading from Coventry City.

At The Crown Ground, he showed exactly why Ross brought him in. He scored an excellent opening goal, rounding off a fine move started by Power and extended by Maguire and finished off the game by bullying a Stanley defender off the ball, going to the by-line and giving Charlie Wyke a gilt-edged chance that he took gleefully to make it 3-1. Effective running from a Sunderland forward in the 90th minute is as rare as a thoughtful intervention into the national debate from Nigel Farage.

Poor Conor McLaughlin drew the short straw and had to play at left back. No doubt there will be some on social media lambasting Ross, Donald, Methven and the tea lady for letting Donald Love go, but we do need to bring someone in PDQ. The Ulsterman was bombarded with long balls behind him at the start of the second half and when Jordan Clark got in front of him, a needless penalty was given away. He may struggle to get his place back on the right as Luke O’Nien was his usual chirpy self on that side. We shall see….

Stanley were ok. A bit niggly at times, but no time wasting and for a team that is always being rebuilt, showed some cohesion. I liked the look of former Leamington forward Colby Bishop who converted the penalty with some power and Sean McConville was tidy and organised. With only two relegation places available, they should be fine. The league game in four weeks’ time will give a clearer indication.

On the way out, I dropped some coins into the bucket of a Bury supporter who was collecting to try and save The Shakers from oblivion. He was pessimistic about their chances of survival. In a world where huge amounts of money are paid out for decent but not outstanding players, the £3.5m that the Gigg Lane club need is a relatively insignificant sum.

There is no chance of them getting any aid from a league where clubs have just spent £1.4bn in the summer. And you wonder why I am becoming disillusioned with a game I fell in love with when people gasped at the £42,500 we paid for Cloughie?

Let’s hope that we can continue the good work on Saturday and see off Portsmouth and some of the moaners and groaners. Remember what the oldest one of the latter said….

You gotta accentuate the positive 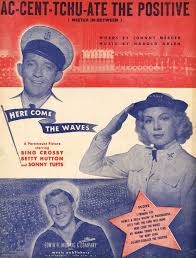 Latch on to the affirmative

Don’t mess with Mister In Between.