Chris Coleman is unlikely to see this at all and, should he accidentally find himself at this page, still less likely to feel any need to heed Pete Sixsmith‘s advice, sound as it is.

But who would bet against the new manager reaching pretty much the same conclusions at our Sixer, who certainly reads the game of football as well as some of our past 11 managers (which takes us back only as far as Niall Quinn). Pete was at Villa Park. He saw what he saw, not a bad performance but one lacking midfield strength and punch against barely impressive opposition. It is pointless to talk about Burton on Saturday being a must-win game since we rarely win anything billed as such, but the thought will have crossed other minds …

It wasn’t a Roy Keane or a Martin O’Neill start where we came back from a goal down to win at Derby County and at home to Blackburn Rovers respectively. Nor was it a heavy defeat similar to the one that Gus Poyet oversaw at Swansea in his first game.

It was more a Paolo Di Canio one where we lost narrowly to one of the better teams in the league, the difference being that that was against the super stars of Chelsea and this was against another well organised but mundane Championship team in Aston Villa.

It leaves us in serious danger of being cut adrift at the foot of the second tier and being the least likely team to survive the biggest drop in English football in May.

One win by the end of November is catastrophic. No home win at all this season having played average opponents does not augur well. If Chris Coleman did not realise the enormity of the task that faces him, he does now.

The news before the game of the serious injuries sustained by Duncan Watmore and Jonathan Williams added fuel to that particular fire. Poor Watmore looks as if he will miss the rest of the season as he has sustained an injury to the same cruciate ligament as last time. The words “career threatening” are being used by the media. 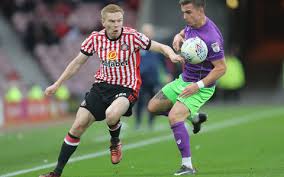 Williams, a victim of his own enthusiasm, is out for three months, another setback for what looked like a promising loan spell at Sunderland and an opportunity to build a career away from Crystal Palace. That foolish lunge at Lee Gregory must make him want to kick the wall in frustration when he plays it over in his mind. Memo to Jonny; don’t do it; broken toes hurt.

The new manager picked the best team he had available. The bench was full of those that we regularly see at Hetton (Love, Beadling, Asoro, Ethan Robson and Galloway) and there were recalls for two of last year’s regulars, George Honeyman and Lyndon Gooch. No sign of Jack Rodwell or Didier Ndong, so Darron Gibson stepped into the breach as we played a 4-1-4-1 formation.

It started well with some bright attacking play down the flanks, but the first lapse of the evening came in the ninth minute when Adam Matthews lost the ball and it was switched across to Snodgrass. His cross was a good one although I thought that Ruiter should have been more positive and come for it. Instead, it went across the goal and former Middlesbrough man Adomah knocked it in. The next few minutes were vital as Villa pressed forward but we held out and were never out of the game – although we found it difficult to impose any control over their bigger, stronger midfield.

At half time, we hoped for a good start but that went for a burton two minutes in when Jake Odomah’s shot looped off Tyias Browning, leaving Ruiter with no chance. But we kept our shape and enjoyed a lot of possession. When McGeady’s cross was acrobatically turned in by Grabban, there were 13 minutes left and we had sent Asoro and Vaughan on to add a bit of impetus to the attack. It was to no avail as Villa held out and we left Villa Park on the wrong end of the same score that I saw there in 1966. Then, Villa were the strugglers/stragglers. Now it’s us.

What do I think Coleman learnt from his first game?

i) the keeper situation is not great and needs to be sorted in January. Borrow Ward from Liverpool if necessary or take a gamble on James Talbot

ii) O’Shea and Browning are our best central defensive pairing but they must not give the ball away so much. Hoofing it upfield is not the answer 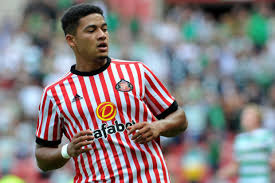 iii) we need a central midfield player who will collect the ball and move forward with it. Gibson had a decent game last night and was usually available but his last ball is too often a poor one. He also runs out of steam too early and is far too easy to turn

iv) we are desperately lightweight in the middle of the park. In a physicality contest, George Honeyman and Lynden Gooch vs Glenn Whelan and Connor Hourihane is like comparing Mike and Bernie Winters with Morecambe and Wise, ie no contest. Our two worked their socks off and Honeyman finished strongly, but both are knocked off the ball far too easily. Every team we have played so far has had two strong central midfield players; we don’t. Rodwell was not even included in the squad last night so I assume that Coleman has sussed him out and has told him to stay at the Academy and count the cones. Ethan Robson is worth a shout in this position unless McNair and Cattermole or Ndong can gel. 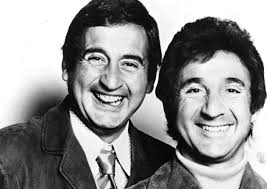 v) Asoro looked good when he came on and was certainly far better than he has shown in his Under 23 games this season. He was strong in the tackle and tricky with his feet; a good man to bring on as defenders tire.

We now go into an absolutely crucial run of games and failure to win at least three of them will see us hanging on to the edge of the cliff as if we were Tom being pursued by Spike the dog (“that’s ma boy”).

Let’s hope that Messrs Coleman and Symons can give us some hope for Christmas, that the bangs are loud ones and there is no whimpering…

1 thought on “Sixer’s Aston Villa Soapbox: neither a bang nor a whimper”

Next Post
Hutch’s one-word ratings after Aston Villa defeat: who was drab, who was ‘crablike’?