Shortly after the error-strewn match, the glaringly obvious reason for there being no post-match managerial press conference was confirmed. The men largely responsible for the Sunderland’s failings, and therefore in part responsible for the manager’s impotency in the face of a great club’s decline, had sacked Simon Grayson. Where do we go from here? In Sixer’s case, to the welcome respite of Christmas Santa duties …

And there’s another one gone.

There are very few of us out there who will not have some sympathy for Simon Grayson, who left a safe and secure job (in that any football manager has a safe and secure job!!) at Preston North End to jump into the shark pool that is Sunderland AFC. He has presided over 15 games and has won one of them. His dismissal can have come as no shock.

Had we won this game with some style and flair and an element of defensive strength, the inevitable may have been delayed. Had we shown that we are in a false position in the Championship relegation zone by swatting away the only team below us, he may well have had another month. But neither of those things happened and a 3-3 draw was not enough to prevent him from joining some illustrious names (Martin O’Neill, Gus Poyet, Dick Advocaat) who have tried to resurrect the mouldering corpse of a football club that has deteriorated rapidly in the latter years of Ellis Short’s ultimately catastrophic ownership.

Grayson came in as an experienced Championship manager who did not need a sat nav to find places like Brentford, Burton and Bolton. He knew the league and despite the paucity of money, he knew players. He has brought some good ones in (where would we be without the goals of Lewis Grabban and Aiden McGeady) some average ones and a couple of really poor ones. Is Thomas Beadling a poorer centre half than Marc Wilson? Is Monty, at 74, not a better keeper than either of the two who have joined in the summer?

The Bolton game summed up his time in charge. A decent start, then a goal conceded, then an equaliser, a change of pattern for the second half and in front at home for the first time this season, but it was followed by defensive lapses that are beyond comprehension, to put a no better than us Bolton side ahead, then a final rally. 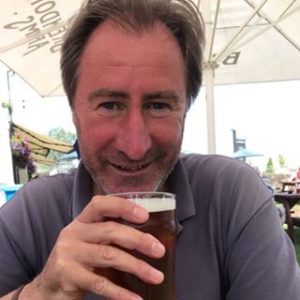 See also: Nick Barnes asks what it must be like to report for the BBC on a “normal” club: https://safc.blog/2017/11/nick-barnes-whats-it-like-to-cover-a-normal-club-instead-of-sunderland/

It sounds exciting what with it being a six-goal thriller but believe me it wasn’t. Both sides were pedestrian, both had defenders who basically can’t and neither side grabbed hold of midfield.

It was a genuine bottom of the table clash and it suggested that both will still be there at the end of the season. Both will be hoping that there are a number of mid table clubs who will decide that they are bored with the Championship and that it might be better to go into a league where they have a great chance of winning the Checkatrade Trophy. Or maybe not.

Changes were made for this one, none of which were successful. Ruiter should have saved Ameobi’s goal (it wasn’t even big Shola but his less bulky wee brother), Wilson’s appalling header allowed Bolton to eventually equalise, Matthews was no better and no worse than Billy Jones while McManaman was puffing and blowing after 20 minutes.

He is no more match fit than I am.

Of the others, O’Shea did OK and at least looks as if he cares. Oviedo played in Grabban for the second goal but lacks physical strength. Williams runs around a lot but does very little. You can see why Palace keep loaning him out and why Wales haven’t qualified for the World Cup. Gibson played a couple of half decent passes but is finished and should be persuaded to leave in January. He has been a decent player but not now, not in this league and not in this team.

Ndong played a sublime ball in for Grabban’s opener and was heavily involved in the second goal, the one that we should have used as a springboard for a win. Then he played a ridiculous back pass to Ruiter which enabled Karl Henry to put the Trotters 3-2 up and seal Grayson’s fate. As our record signing he epitomises what is wrong with the whole set up. Huge fee, high wages, produces the odd flash of quality but nowhere near enough. There have been so many like him over the last ten years.

McGeady was out of sorts and never threatened while Grabban is the one bit of genuine Championship quality that we have. He took his two goals really well, led the line effectively and must be wondering what kind of club he has come to after the stability and calm of Bournemouth.

Vaughan replaced Williams at half time and almost scored and/or got a penalty after a lovely cross from Grabban. He won a few in the air as well but in midfield. He doesn’t win many in the box, partly due to our poor corner kicking technique. He showed his heart when he played the last ten minutes with what looked like a groin strain. Had he gone off we were down to ten men. That he stayed on says a lot about him as a person, if not a footballer and sometimes that’s more important.

Watmore gave us a bit of buzz up front but is no more a saviour than Brian Cohen was – although I don’t think his mum would call him “a very naughty boy.” On the other hand, McNair might just be the player to get us going forward in midfield. He is big and strong, direct and took his goal well. He is straight back into the Northern Ireland team (Michael O’Neill might be a good fit if they fail to qualify for Russia) so he is clearly seen as an integral part of their team. He’s a better bet than either Gibson or Cattermole.

And so the never ending soap opera rolls on. Being a Sunderland supporter has always been a bit of a grind but this is looking like sheer misery. The crowd was down to the diehards last night. There was grumbling, resignation, sadness all in equal proportions and the realisation that we are in very serious trouble and it wasn’t even November.

The club needs new owners very quickly. Whether they are German, American (although I am not too keen on that; American owners don’t have a great record anywhere) or from the depths of the tropical rain forest, we need an owner who will invest sensibly and rebuild the club gradually.

Avoiding relegation would be a start, stabilising next season would give us a base. Sit players down and talk to them and, if they are keen to leave or are not fit physically or mentally to play, pay them off. Look for players who want to improve, not the Darron Gibson’s of this world who never will. Only then will this club revive itself. We don’t need a charismatic manager, we need a man who will build from the base and not waste money as far too many have in the last 10 years.