Pete Sixsmith will be on his way tomorrow to watch his beloved rugby league. It rarely fails to put a smile on his face. We have seen, on a handful of occasions this season, how a good Sunderland performance can have the same effect. At most games, however, he witnesses a shambles of a team that would turn the man who is depressive into one who is suicidal. Brentford fans turned out in force and rightly enjoyed their day out (and how they must have loved Sixer’s Bees edition of his fabulous series The First Time Ever I Saw Your Team

Where on earth we, Sunderland, go from here should be anyone’s guess but isn’t – we’re bound for another taste of third division football unless something happens and quickly ….

It was a very pleasant afternoon at the Stadium of Light when we took our seats.

There was the presence of a strong winter sun putting a bit of warmth in the ageing bones of your correspondent and, with cap firmly planted on head, I sat hoping that the warmth of the sun, the warmth of the minute’s applause for Liam Miller and the warm memories of that stirring fightback last week might just get us going after 32 games of a season that could well be the worst in the 130 years that the club has been a member of the senior leagues in England.

That warmth lasted all of three minutes as an impressive Brentford side carved us open twice and almost opened the scoring. In the 12th minute, Messrs O’Shea and Cattermole decided to give them a hand and left the ball for one another, allowing Kamohelo Mokotjo to nip in and crash the ball past Lee Camp to put the Bees one up. For the next 20 minutes, they played as if they were the new Barcelona, making us look like a team of Spanish waiters who had been dragooned into a game of beach football by Barca.

They pinged the ball around, moved into space, waltzed round our “defenders” and finished the game off on the half hour when Neil Maupay scored a delightful goal (if you were a Bees fan) after we had given the ball away, missed a tackle and failed to mark the aforementioned Maupay.

Game over. They missed a couple of other chances before half time as they destroyed our defence and strolled off at half time for coffee and cigars, anticipating an even greater stroll in the second half as our already tiring legs gave out.

We did do better in the second half, progressing from abysmal through wretched to hopeless but it wasn’t enough to drag us back into a game that, had we won it (ha,ha), would have given us a welcome boost and taken us to within three points of Reading and above Barnsley. That we didn’t is a cause for despair and giving up – which is what the support has done.

For most of the season the mood has been of quiet resignation with many thinking that we can get out of this albeit by the skin of our teeth. Support may have been lukewarm but it has never been downright hostile. It was today.

There was an intensity of booing and jeering, aimed at the players, the management, the chief executive and the Absentee Owner that does not augur well for the final 14 games – games that will decide for many whether they will continue to be Sunderland supporters in anything but name. The phrase “I used to go to Sunderland but I don’t bother any more” will be used the length and breadth of the North East should we drop into the Associate Members’ leagues. 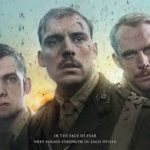 Looking at the team, they are shot. Like a trenchful of soldiers in Flanders 100 years ago, the veterans have had enough of this madness and have (metaphorically) taken to the bottle, while the new recruits may have some enthusiasm but their lack of nous and experience counts against them. There are no wise and wily NCOs to drag them through the attacks from opponents who are better prepared, cleverer and have a plan. Our plan is a bit like Haig’s at the Somme; just charge at them and everything will be all right.

We have four groups of players at the club. There are the older players who are on their last decent contracts before retirement or a slide down the leagues. There are the loan players who are here from good clubs to gain experience and who must be on the phone to Messrs Hodgson, Klopp, Allardyce, Conte and Pulis pleading to be allowed to come home as a seat on the Under 23s bench is preferable to the misery they are being put through here.

We have young players making their way in the game and hoping to catch the eye of a bigger club where they can develop their game instead of having to perform in the febrile and poisonous atmosphere that exists at the Stadium of Light. And there is George Honeyman.

He was our best player by a mile. He ran hard, tried to open things up, helped out his colleagues and looks to be the only player we started with who will be in the team next season. Too young to retire, too old to catch the eye of the big clubs, he personifies our desperate situation in that we know he will give his all but his all is not good enough.

Of the others, here are some brief observations. The keeper is no worse than the two others we have signed this year but no better than Max Stryjek who was outstanding for the Under 23s the previous night.

The defending in the first half was lamentable. Poor John O’Shea has lost his legs and cannot play at this level. Tyias Browning has regressed as the season has progressed and now seems unwilling to do anything positive when he has the ball at his feet. He did make one outstanding tackle to retrieve a situation entirely of his own making but his replacement at half time by Adam Matthews was no great surprise.  Jake Clarke-Salter is not a left back and was cruelly exposed in the first half. He looked better in the second when he moved across to the middle. And Billy Jones…well, I fail to see how he gets into the team before  Matthews. His booking in the first half was an embarrassment to him, his manager and the club.

The midfield never had any control over the game with Lee Cattermole turning in a display almost as embarrassing as that of Drayhorse Billy. He is another one who needs to be left out. He brings nothing but bad temper to the team and I can’t imagine that Ethan Robson will learn anything from him that is remotely positive. Poor Ethan had a stinker and the memory of his debut against Hull is fading fast.

McGeady could have been sent off in the second half for a nasty tackle and missed a couple of chances. Williams, when he came on, buzzed about a lot but seems strangely reluctant to shoot. He had two good chances to drill the ball in to the net but looked to give it to someone else.

Asoro gave us a bit of hope in the second half but Brentford had done their homework on him and had him double marked, while Fletcher was ineffectual and certainly should have been red carded for a nasty tackle on Bjelland.

Did we do our research on Brentford? It looked as if the players were surprised at their movement, how they passed the ball and the positions they took up. Were they told that this is the kind of team they are or did they forget it?

Chris Coleman sounded a broken man on the radio. He has just moved his young family up here to take over a club that is in serious trouble of sliding through the leagues due to the stupidity of various managers, chief executives and players and the current inertia of an owner who has completely lost interest and who will probably never be seen at the Stadium again.

I hope it’s a rented house Coleman has taken; I would suggest a short lease. It’s just mugs like us who take the lifetime’s option and find it almost impossible to get out of our deal. But more and more are trying.

If there is any copyright claim, not answered by ‘fair use’ exemptions, on the images used to illustrate this report, please make us aware and we will add credits or remove as requested