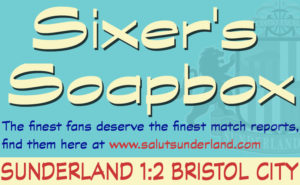 There is a goalkeeper who works with his defence and usually comes to claim any crosses that make it into the box and who uses various forms of distribution – long kick, short kick, throw to full back – that kind of thing.

There are four, sometimes five defenders who are aware of the tasks that they have been given and support each other as a unit, making sure that no attacking player is left standing on his own in the penalty area.

In midfield, there are usually at least two big, strong central players who cover huge amounts of ground and run for either the full 90 minutes or until the manager replaces them with a player of similar qualities. They might be backed up by a busy and effective wide player or a busy little bustler who will nick the ball from an opponent and use it sensibly.

Finally, up front, there is often a target man who can hold the ball up and/or put pressure on his markers. He often works in tandem with an out and out second striker who plays alongside him, or a forward midfield player who sits behind him in the No.10 role but who is always in contact.

That kind of line up offers no surprises. There is no Aguero or Kane who will destroy a defence or a Pogba or Kante who will control a midfield in an imperious manner.

Defenders are far less mobile than David Luiz or Virgil van Dijk and keepers rarely perform the miracles one sometimes sees from Hugo Lloris or Peter Cech. Derby County, Leeds United, Sheffield United, Nottingham Forest, Cardiff City, Queens Park Rangers and now Bristol City, all fall into the category described above; tidy, well organised, competent without being outstanding and aware of what their jobs are on the field of play.

The only team that has not fulfilled this criteria (and you knew this was coming) is our own. Sunderland – winners of six league Championships, two FA Cups and a club that has had a long and glorious history and which is now hurtling like a runaway train to the nether regions of the EFL viz Division One (or Three in old money).

We appear to be utterly incapable of doing the things that that long (and likely to get longer) list of visiting teams can do and have a manager who no longer appears to have any idea of what to do when things are going wrong.

Our opponents have proactive managers, we have a reactive one. Lee Johnson withdrew a forward, sent on a tall replacement and he scored. Simon Grayson waited until we were 2-1 down before sending Vaughan on.

We have a goalkeeper who is unwilling to come for the ball. We have defenders who fail to act as a unit and never seem to speak to each other. The midfield is pedestrian. Some cannot last a full game while others run around a lot and achieve nothing. Up front, we have a goalscorer who plays alone and who likes the ball in front of him. Not in the air, where he is unwilling or unable to challenge and not in a vague direction of where he might be, but in channels that he can run into as he did at Norwich and Brentford.

So, here we are second from bottom of the table, just in touch with teams above us, conceding goals with all the ease and comfort of Noel Coward donning a dressing gown and lighting up a gasper and with a crowd that makes Fletcher Christian and his chums look like the epitome of obedience. All in all it’s a bit of a shambles.

I had to sit through this one on my own. Doug Forrest decided that an afternoon in Hawick pulling his teeth out with a pair of rusty pliers was more attractive proposition than this.

Friends I offered the ticket to made it clear that watching a box set of Mr and Mrs was preferable to sitting in despair in a windswept Stadium of Light as highly paid footballers kick the ball out of play, fall over and generally look like Mr Pastry’s X1.

They were right because this was the worst so far (note so far) this season. After the customary 20 minutes whizzing around and looking as if we might score – Grabban was close with a chip that just cleared the bar – we reverted to type and conceded from a corner. That it was headed home by the smallest man on the field (apart from the ref who endorsed the theory that small men strive to be paid attention to when nobody is in the least bit interested in them) who was unmarked at the far post was bad enough. That our keeper once again failed to leave his line to come for the ball was even worse.

City had done their homework. I am sure that we had but the difference was that the City players, well marshalled and with a manager who they clearly believe in, took note of their lessons. Had we?

They had two big central defenders in Flint and Baker and we had one forward in Grabban who is not great in the air but can create spaces for himself. So what did we do? We lumped it up to the skies. Steele, Kone, Jones, Gibson all tried to kick it as far as they could. And Flint and Baker (until he went off) won every header with barely a challenge from an increasingly frustrated centre forward.

Williams, McGeady and Watmore ran around a lot and achieved precisely nothing. No telling passes, no hard and low crosses for Grabban to get on to, no running at the heart of the City defence to put them on the back foot. Nothing.

In the centre of midfield Gibson started in front of the back four and Ndong pushed forward – or sideways. Gibson, who is starting to make Rodwell look a decent acquisition did OK at first and then faded. In the 73rd minute he lost possession, failed to make a tackle or keep up with the City player and it led to O’Dowda putting over an accurate cross which sub Djuric headed into the net, beating O’Shea with consummate ease. Poor old John is really creaking now and is clearly in his last season.

Playing alongside a man who doesn’t appear to care a jot can’t help and with Billy Jones turning in a performance that “The Celebrated Mr Kite’s Henry the Horse” would have been ashamed of, retirement may have just come a few months closer. Oviedo had a decent game. He’s a good player. We’ll probably sell him in the January window.

On Tuesday we play Bolton Wanderers, two points and one place behind us. They came away from Craven Cottage with a point on Saturday and are on a mini-run of three games undefeated. They have no away wins while we, as we are constantly being reminded, have no home wins. You don’t have to be a mystical Viking holy man to read those runes….

Should we lose on Tuesday, I would expect Simon Grayson to do the decent thing and come to a settlement with Martin Bain before his reputation is tarnished even more. What he can do in the two days he has to prepare for it is debatable. Some advice from me;

In the event of another defeat, the pearl handled revolver will be waiting for you in the library.

9 thoughts on “Sixer’s Bristol City Soapbox: another pointless exercise at the Stadium of Light”