John McCormick asks: Did you go to bed, or perhaps wake up, singing “The young ones”? Or maybe Bob and Marcia sprang to mind with “Young, gifted and black”. The old rockers among you might have thought of the Who and “The kids are alright” but not, I venture, “Happy Jack”.

I don’t know if Pete Sixsmith was singing at any point but here he is waxing lyrical, and isn’t it good to read:

There were several strange things that happened on Saturday, post-match.

First of all, my view of the last ten minutes of the game was not blocked by a steady stream of spectators leaving the stadium early having had enough of the dire football that has (largely) been on display for the last eighteen months.

Secondly, the gents’ toilets were as full as the bladders of some of the occupants as there had been less of an inclination to nip out for a wee and a look at the other scores rather than watch the (largely) grim performances turned in by the team that we have been cursed to support. The mood in them was good as we smiled as we micturated, a welcome relief from the silence of the last few months.

Thirdly, there was a queue of traffic waiting to get on to the Wearmouth Bridge and the notorious traffic light bottleneck at the junction at the south end of the bridge was just like the old days as cars blocked off buses, buses blocked off cars and red lights were (largely) ignored.

The introduction of three of the club’s younger players had me harking back to season 1976-77 when, under the tutelage of an outstanding coach in Jimmy Adamson, Gary Rowell, Shaun Elliott and Kevin Arnott were thrown into the fray to try and retrieve what seemed like a hopeless situation.

Hopefully that last day scenario will not be repeated this year as Ethan Robson, Josh Maja and Joel Asoro try to replicate the (relative) success of the three who came in 41 years ago and who must now be close to drawing their state pensions. Throw in the impressive and cultured Jake Clarke-Salter, the tenacious Tyias Browning and the buzzing George Honeyman and we had six players who could also turn out for the Under 23’s at Eppleton if they fancied an extra game.

This was a committed and well organised performance and it reflects very well on Chris Coleman and his staff that clear instructions were given and, for once, were adhered to. I would imagine the first instruction would be

“Concentrate for ninety minutes and particularly at the end of the first half and the start of the second.” This was done.

The second one may well have been

“Win the challenges in midfield and don’t allow David Meyler to dominate as he did in the second half at their place.”

Mission accomplished as Lee Cattermole and Ethan Robson ratted around the Irishmen and reduced ‘Ull’s most important player to a bit part.

The third one was probably along the lines of

“They have a back four made up of three Chelsea loanees and a creaking Michael Dawson. The Chelsea lads will be good players but they are inexperienced and it’s an ideal scenario for Josh and Joel to run at them. Move the ball quickly, particularly along the ground and try to avoid the painfully slow build up that has become the norm in home games. We’ll get something if we do that.”

And didn’t we just. When a former international manager who has taken his team to the semi-finals of the European Championships says “I don’t think any team I’ve ever managed has scored a goal as good as that” you know that the words have sunk in and that the sweet bird of youth has shown that it can deliver.

It was a great goal and one that had me out of the seat that I have slumped in for most of the season. Cattermole’s ball to Honeyman was a good one, Honeyman’s ball to Asoro was even better and the finish was magnificent, reminiscent of Jermain Defoe at his best as he placed his shot wide of McGregor in the ‘ull goal and firmly in the far corner of the net. There was a genuine roar at that as the pent up frustrations of what has been a wretched period at The Stadium of Light all came out.

From that moment on, the crowd and the players set about their joint task of winning this game. Misplaced passes (there were a few) were not greeted with the usual groans. When Lee Cattermole won the ball with a terrific tackle and then passed it into a space that no Sunderland player could have been anywhere near, there were not the howls of derision that have been prevalent all season but genuine applause for getting at least 50% of it right.

Robbin Ruiter’s decision making was applauded and there was real power in the roars that greeted his outstanding saves in the last few minutes, one of which foiled the returning Meyler who was threatening to spoil the day again. Of the three returning formers, he was the best and he was average. Seb Larsson showed that he is a dreadful free kick taker whether it is red and white stripes or black and amber stripes that adorn his distinctly chubby body and Fraizer Campbell gave little indication that he had once played regularly in the Premier League and had been capped by England. Still a nice lad though. 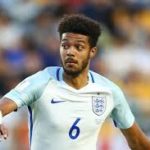 I was impressed with Jake Clarke-Salter, the first hyphenated player I have seen in a red and white striped shirt. He looked composed and like all Chelsea’s young defenders, he is tall strong and mobile. Playing alongside John O’Shea will help him and I thought the Irishman was magnificent in this game. He won tackles and headers, made some crucial interceptions and led the team well, letting Browning and Clarke-Salter do the running while he sat and organised the defence. Browning is another good young player who has a future in the game but maybe not at the top level. He rumbles around like a tank and is difficult to knock off the ball. He has improved a lot since he first arrived.

There was a great League debut for Ethan Robson who showed persistence and ability and who worked well with Cattermole. This was best shown when he nagged away at Evandro and forced him into giving the ball away. It was the kind of thing that happens in a pick-up game down the park or in the street and would probably be frowned upon by most coaches but it was greatly appreciated by a crowd who want to support local lads rather than £70,000 a week flops from Southport or central defenders who lose interest once they have to take a drop in wages because the company (club) they are playing for has lost customers.

This season I am usually home for the start of Loose Ends on Radio 4. After this game and the mass non-exodus, Clive Anderson had already interviewed the singer Jack Jones and was well into a chat with writer and actor Tim Cowbury when I walked into Sixsmith Towers. A B and S was placed next to my chair by the faithful retainer, the boots were kicked off and Fifi the maid entertained and amused me by relaying the scores from Eastlands  at regular intervals. 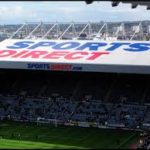 Birmingham City next and that is another massive game. Let’s hope that this is not the usual one game revival and that we can take three points from the equally dismal Blues.

If there is any copyright claim, not answered by ‘fair use’ exemptions, on the  video and images used to illustrate this report, please make us aware and we will add credits or remove as requested.

4 thoughts on “Sixer’s Soapbox: Strange goings on as Hull City come to town”

Next Post
Sixer’s Hull City sevens : Cliff Richard sang it in 1961 – will you be singing it tonight?