Pete Sixsmith isn’t envious of those who followed Sunderland’s pre-season tour, Ha’way Out West. After all, he’s had his share of exotic travel, too, rounding it all off with the Doncaster first-team friendly tonight …

The first team went to California and Ontario; the Development Squad had to make do with Consett and Boston – the one in Lincolnshire, not the one in Massachusetts. It was a evening out in a town that is going through many changes.

Sunderland have had links with the Pilgrims for a couple of years now. Their manager is Dennis Green, a former colleague of Martin O’Neill at Wycombe, and the connection has been kept since the Ulsterman left us. Players have been there on loan (Max Stryjek and Liam Agnew last season) while Liam Marrs remained at York Street permanently.

The ground has seen better days and there’ll be a move to an out of town site in the next two years. The pitch was fine with a good collection of fairy rings and the locals were appreciative of the SAFC connection. About 400 of them turned up to watch and the ones I spoke to were complimentary about our young players.

The result was a comfortable 5-0 win with goals coming from Mandron(2), Gooch(2) and Agnew. As a contest the game was over after 10 minutes when the big centre forward netted his second and drew admiring glances from the home supporters stood next to me, as they eyed him up as a potential National League North place. The young Franco/Scot took his goals well and may be a candidate for a run out in the first team should we have a winnable home game in the League Cup.

Gooch continued to impress in his role behind the striker, while Josh Robson at full back had the poise of Darius Kubicki and the thrust of John Kay – the words of a fellow red and white from nearby Spilsby. James Talbot had a disappointing game in goal and when Stryjek appeared in the second half, he received a warm and generous round of applause. In the 13 games he played for Boston last season, they were undefeated, losing the semi final play off to Chorley on penalties.

He would feel at home in Boston as there is a large Polish population in the town, drawn here by work prospects which appear to have fizzled out. Batemans Good Honest Ales have been superseded by Zywikie beer and there is a European Food market on every corner. I enjoyed some of Batemans fine XB in the Britannia, run by a Tranmere fan and an even better pint of Castle Rock Harvest Pale in the Eagle. Beer apart, Boston has the aura of a Dutch town but without the prosperity. 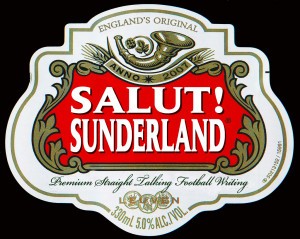 And so, on to Doncaster and Jeremain Lens via Batemans Brewery in Wainfleet and a couple of hours in Skegness. Leicester City draws ever closer……….

Next Post
George Pitcher: the Geordie a Tunisian waiter learned to call ‘Sunderland’