For this week’s edition in what is proving an outstanding series of”Who are You?” interviews, Salut! Sunderland turned to James Whittaker*, one of Monsieur Salut’s fellow contributors at the ESPN Soccernet site**. Stoke City entries of past seasons gave him tough acts to follow. He rose to the challenge with a spirited riposte to M Wenger, a damning assessment of one of Stoke City’s Sunderland Old Boys and an unwelcome scoreline prediction …

Salut! Sunderland: Stoke still cannot quite shake off the association with so-called “anti-football” and Arsenal fans seem especially contemptuous. How unfair do you find this and how much do you care?

It’s a sore subject for Stoke fans, more specifically around Arsenal (we know that our style is quite basic) I don’t particularly care what people think but when Wenger started his crusade, having lost a couple of times against us, people sadly stood up and listened, especially the Arsenal loving journos who see them as purveyors of the fine game. It was Wenger who started it all and following the Ramsey broken leg it only got worse as our reputation was dragged through the mud at any opportunity. Thankfully Arsenal have maintained their level of mediocrity despite ‘playing football how it should be’ and Chelsea’s triumphs against the likes of Barca, beating the Catalan giants with less than 30% possession almost turned the tables a bit on Arsene.

Have you detected significant change in Tony Pulis’s approach/style and, if so, how do you see it evolving further?

Absolutely. Things got pretty dire last season and a lot of people lost faith in the manager who refused to change his life long defensive approach to games. This season though has seen an overdue and entirely necessary shift in shape, attitude and performances as he is putting more importance on attack which is unheard of. The signing of players who are more comfortable on the ball such as Adam, Cameron and N’Zonzi are a big step in the right direction and slowly but surely we’ll see more of the same ilk join us and push us on even further.

How important has Crouch been, how much prospect does Owen have of playing more than the weeniest of bit parts and is Shawcross’s rehabilitation complete?

Crouch has done well, he adapted better than was expected to a very rigid system but it is largely down to his lack of pace and that of his striking partner that meant a rethink was required in the Summer. The new system gets players in and around him leaving him less isolated and so he will only get better. I don’t expect Owen to feature too heavily and if he does it will be from a wide/withdrawn position. As for Shawcross, he has been improving steadily over the years and has grown into a fine captain, he still has a lot to learn but there aren’t many better English centrebacks around. 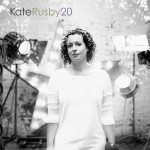 Nowt to do with football (her dad once told me he supported Leeds after all) but if you like Kate Rusby and/or folk, you may enjoy reading about this brilliant concert attended by M Salut … http://www.salutlive.com/2012/10/kate-rusby-warmth-maturity-and-class.html

Your assessment of the Old Trafford game and your start to the season generally?

Whilst the score line said 4-2, our performance at Old Trafford illustrated such a huge change in mindset that I haven’t come across one fan who left with anything but on smile on their face. Away games have been murder in the past and given we have played Man City, Liverpool, Chelsea and Man United already, the fans have been happy for the most part and are looking forward to an easier set of fixtures now to get some points on the board.

The Sunderland Old Boys factor is less and less important. Who among them have been useful or better and who have been duds?

Delap was great for us when he signed and was integral to us getting and staying up. He isn’t involved in the match day squad anymore but is a great ambassador for the club and his charity work for the local Children’s Hospice is highly commendable. Jones I was happy with and whilst he had a few off days he was always a threat from a decent cross so the decision to drop him in favour of Crouch who many argue isn’t as good a fit to the system, was a bit of a surprise. Whitehead is much as you remember him, he’ll run all day and is enjoying a bit more freedom in the new shape when he features. As for Danny Collins, he and Woodgate were the worst defenders I have seen up at Stoke and I’ve seen some awful players!


Do you have any strong views on Sunderland – club, O’Neill, our fans, our region?

I’ve always enjoyed our games as we tend to fare quite well. I’ve got a good mate who is a Mackem and he is very loyal and down to earth and we always have a friendly rivalry. Sadly there also seem to be a lot of ‘internet’ fans who let you down, often visiting our forum speaking down to us with little in the ways of success to back it up. I’m not sure where this assumed rivalry has come from (perhaps your ‘rejects’ doing better for us?) but it’s a shame. As for O’Neill, I’ve always been a fan and in Johnson and Fletcher, you made two of the best signings in the window, you just need to kick on now.

Who are the best you’ve seen or wished you’d seen in Stoke colours and who should have been allowed nowhere them? I’ve been lucky to have seen the likes of Stein and Thorne banging in the goals in the lower leagues and was heartbroken when we sold them to Chelsea and Cardiff (!) respectively. I’m sad that I never got to witness the likes of Matthews/Banks/Hudson but I wouldn’t swap those days at the Vic in the old third division for anything as it makes what’s happening now all the more unbelievable.

Any special memories – good, bad, amusing – of past Stoke/Sunderland encounters?

Nothing specific, though I remember going up to watch us on a Tuesday night in the Championship. I sat with my Mackem mate and looked over to the away end and there were no more than 50 Stoke fans all huddled together trying to share body heat, it was hilarious (and freezing!)

What will be the top four in order and who will go down?

And where will each of our clubs finish?

I think we will both hover around the top 10. I’d be delighted if we finished 10th, I think your lot will finish just below in 11th.

Did the success of the Olympics make you blase about the return of football or couldn’t you wait?

I couldn’t wait, it just made me more anxious for it’s return, especially with the non football people acting like it was the greatest sporting experience ever – we get that every week!!!

Has there been less cheating this season, which form annoys you most and how would you combat it?

I’ve seen a lot more cheating and I’m delighted our manager raised the issue and FIFA are commenting on it. Some of the dives are utterly shameful, Suarez and Ivanovic are two of the worst and I’m glad referees are starting to book people for it. In terms of banishing it, the refs need to stay vigilant and if they miss it and it’s caught on camera, a retrospective ban would soon cut it out.

Club vs country, who wins for you and why?

Club, every time. The club pays the player’s wage and it’s how we do on a Saturday and where we finish in May that matters, not a friendly against Macedonia. 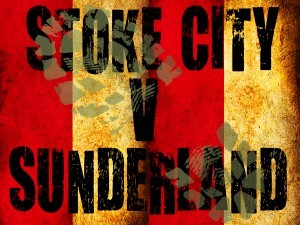 I will and I predict a 2-0 win. We’re playing really well and your boys seem to be struggling a bit of late finding their feet.

I come from a long line of Stokies and on moving to Leeds when I was a boy, my dad refused to take me to see my local Championship winning side and instead took me down to see us play Luton and somehow, I never looked back. I remain an exile to the area but my love for the club never waned and after years in the wilderness am loving life in the Premier League and the fact I get to write about it too – click here to see James’s posts at the Espn site – is a huge bonus.