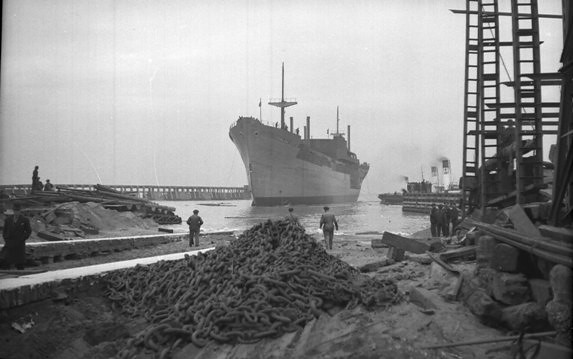 This wonderful slice of nostalgia began life as A T – Alan – Hedley’s comment on the Summer Madness piece about criteria for qualifying as a supporter of this or that football club. It was so evocative of a different age that Salut! Sunderland has no hesitation in elevating it to the status of article.

To give context, the four simple rules of eligibility proposed in the original item were 1) You were born or brought up in Sunderland, Melchester or whatever, or their surrounding areas; 2) They were the team your dad took you to see for your first professional league game; 3) Your family’s roots are in the relevant area even though you were born and/or raised far away, even abroad or 4) You formed a close bond through playing or otherwise working for the club, or in the town or city where it plays. You need to meet only one of the requirements to qualify. Here is Alan’s response (and believe it or not, there is even more to come on the subject) …

I can understand the rules but, perverse as always, it is nothing to do with the right.

It was about the magic. Five years old, a mile walk, I thought it was much more, but my legs were only short. Today it would have been only a three-minute drive but no one had a car.

As we headed up Dykelands Road it was Granddad and Dad on either side talking above my head about the game to come, the road was empty. Gradually a few more people began to appear most in cloth caps and mufflers, some just in jacket some in overcoats all heading in the same direction.

No team shirts, very little colour, it barely existed then, just post-war, but smiles, a sense of excitement, people calling greetings, joshing each other. Always, always, the quick witted banter, sharp tongues, smiles and a growing sense of excitement.

Still the crowds expanded at each road junction and the protection of my family closed around me. Granddad small built like a whippet with hair of white. stained with nicotine from working bent over his carpentry with a Capstan Full strength always in his lips.

My dad, a giant of a man, an honest, kind, intelligent, rock of a man who would help anyone. Who could feel afraid with them beside you?

Down to the Roker End, what expletive does a five-year-old think as the cold wind hits his back. I don’t even know who I saw Sunderland play. I certainly only got fleeting glimpses of the game but the smells, the accents, the bonhomie and then that spine-wrenching roar as we came close to the opposition’s box and the ear-bursting sound as we scored.

To hell with the ball, let’s get on with the game. It was so much more than now. It was the very soul of the community melded by one club, poor and very poor people who lived for this one day a week when together they could roar to the world with their friends, we are alive and it may be bloody hard but we love our life be we miners, shipyard workers, fishermen or rag and bone men. Together we can move the earth for we are Mackems but I doubt that word was used much if at all because then we and our neighbours were the heart of the North East.

The walk back was different, my fear had gone, a thousand questions were aimed at my laughing kin and then the smell that has never left me, the pork butchers with hot pease pudding and pork or ham baps. I suddenly knew what heaven was and it began with Saturday and the Football Echo that always followed us around the world.

Talk about a right to support the team I love, I have no right not to. It would be a crime after that day. Yes I was carried that last quarter mile asleep in my dad’s arms and to my joy my own son, who I never, see is a Sunderland supporter.

Too many people try to claim non-existent rights. You don’t need a right to love, it is something that you give freely.

2 thoughts on “Summer Madness: the war over, a lifetime of supporting Sunderland began”