What are your best memories as a Sunderland supporter? As an exile I haven’t been to the SOL many times but I did see us win three and six times in a row, and though I was at Wembley in 1973 the semifinal is more lodged in my memory. That’s four games, to which I can add a win against the odds at Goodison when Danny bloody Graham scored.

Pete Sixsmith has been to so many more games he must have so many more good memories. Today he focuses on one game that really mattered:

In my 55 years as a regular Sunderland supporter, there have been some good days.

Wembley 73 was the best and will never be repeated and the night we won the penalty shoot out at Old Trafford to reach the League Cup Final five years ago was a good one. Escapes from relegation figure high on the list. Big Sam’s two wonderful wins over Chelsea and Everton were glorious, made even better by sending our friends from the North down and there have been some great promotion clinchers – West Ham home and away and a great win at home to Bolton in front of 56,000 in 1976 leave me with great memories.

But after Wembley, the best night I have had with Sunderland was on the 16th May 1990 at St James’ Park, Newcastle -upon-Tyne, NE1 4ST.

It was the second leg of the 1990 Division Two playoffs. The first leg had ended up 0-0 at Roker in front of 26,641 with Paul Hardyman missing a last-minute penalty and then being sent off for his troubles. The second leg was three days later on the Wednesday night. The opposition were confident, we somewhat less so. The odds were definitely stacked in favour of The Magpies and we hoped that a minor miracle might occur.

The goals came in the 13th minute from Eric Gates at the Gallowgate End, a long way from us who were stuck below ground level in The Leazes, and later from Marco. The first was well taken and set us up well on a night when our discipline had to be good in front of a baying crowd who expected to win and win handsomely.

We shut them up when John Kay took a throw in, Marco moved it on to Gordon Armstrong, whose flick to Eric Gates opened a gap for the now Durham pig farmer, to slide the ball into the net with several defenders trying to stop him. Sunderland one up and supporters going crazy.

It had rained heavily in the build up to the game and the pitch was shocking, nothing like the pristine emerald turf of Roker Park. Players slipped and slid all over the place with the ball difficult to control but we managed it better than they did.

The second half was notable for three things. I’ll take them in order.

First of all, there was a block by Gary Owers which made him an all time Sunderland hero. He threw himself at the ball to stop it getting past him before landing in a huge puddle, then getting up and regaining possession and moving forward. 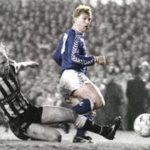 Secondly, there was the Marco goal. He had terrorised their defenders all night. He was quick and strong and could score almost at will. This time, Warren Hawke played a ball to him midway in the Newcastle half, he took it forward, played the best 1-2 I have ever seen with Eric Gates and then hurtled into the box to dispatch the ball past the portly John Burridge and in front of 5,000 Sunderland supporters. We went mad. We jumped and hugged and kissed and cried and knew that we had won.

There was no way they would come back from this. So what did they do?

They had the traditional pitch invasion.

On they came in a desperate attempt to try to stop the game as they had done in 1974 when they terrorised a pre-Brian Clough Forest team. This was a year after Hillsborough. As a result of this Newcastle City Council had ordered the fences to be taken down – they owned the ground (still do) and what they said would happen, happened. 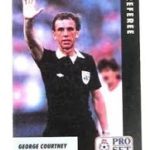 The bunch of 14 and 15-year-old wannabees never got anywhere near the Leazes end due to the actions of Northumbria Police and its various canine helpers. The players went off in a bit of a hurry and stayed off for 18 minutes prompting Gary Bennett to ask referee George Courtney how long he was prepared to wait.

“Until midnight and after, Gary,” boomed Spennymoor’s finest. “Don’t worry, we’ll finish it.”

And we did. When the final whistle went, the players scarpered quickly but keep an eye out on the video for Marco’s salute to the crowd. Top man……

They rampaged through the city, breaking windows but they got nowhere near us as we were led through the streets in the general direction of the station. I was with Pete Horan and his younger daughter, Emma, who was about 14 at the time, and we couldn’t wait to get away and roar our relief. 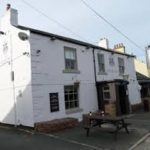 On the way home we stopped at The Sportsman in Belmont, where the landlord, the estimable Michael Patterson, a Mag, treated us to pints with good grace. On our return to Sixsmith Towers, we watched the highlights of the game on a VHS recorder and hooted at the sight of the Mag jumping up and down on his scarf.

The next day at work was a good one as I read all of the papers but particularly enjoyed The Journal, as grudging as ever about a Sunderland win. Sunderland fans at school were bouncing around while those of the black and white persuasion kept well away from me. There wasn’t a great deal of rigorous work done that day.

A great night. Can we have another one on Thursday please, boys…..

Match extract video posted on Youtube by safcforever FTM, Feb 2019. If there is any copyright claim on the videos or images used in this report please lt us know and we will remove or acknowledge as required.

Next Post
Michelle My Umbrella: Ian Mole and memories from the heart of Sunderland