John McCormick writes: I have a problem with this game. I was working in Sunderland later in the week and had access to a ticket but had prior unbreakable work commitments in Liverpool on the Monday. It wasn’t until the Wednesday that I arrived at the Roker Hotel, (booked for me but not by me, you understand) parked my gear and went on a tour of the local hostelries. Most were flat, many still had no beer I’d drink, me not being a lager man, but I managed to get enough to keep me numb the next day.

But I don’t really have a problem with Palace. My Balham-born friends were supporters, if they supported anyone, and were not seduced by those fancy clubs across the river. Can’t complain about that.
But  it’s different for Pete Sixsmith

PROBLEMS WITH THE PALACE.

I have a problem with Crystal Palace – I just don’t like them. They annoy, irritate and infuriate me more than any club outside the Usual Suspects, ie Newcastle United, Middlesbrough and Leeds United. Part of it is because they come across as pretentious – track suit tops with nicknames on, changing their nickname from the perfectly respectable and proletarian Glaziers to the Eagles, fine birds though they are, but which are not exactly common around the Crystal Palace heartlands of Penge, Croydon and South Norwood.

Which brings me to Selhurst Park. 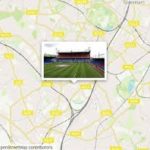 In the pre sat nav days, it was impossible to find a half decent route there without taking in the sights of the dreariest parts of the deep south of London. Trains weren’t much better. Selhurst or Crystal Palace? Thornton Heath or Norwood Junction? Whichever one it was, you faced a confusing walk to a ground that had previously been a brickfield belonging to a railway company and had only been there since 1922.

They got Archibald Leitch to design it but he must have been having a bad time with Mrs Leitch and all the little Leitches because he designed a stinker. Awful stands, a huge uncovered end which they didn’t get round to covering until the 1990s and an away stand that, quite frankly, is an absolute disgrace.

I can find fault with their fans as well. They are one of these clubs who think that singing, jumping about and generally being self regarding equals great support. It doesn’t. They don’t appear to watch the game at all and lavish praise on players who have dubious ethics when it comes to going down in the box.

We played them in the second leg of the Division One Play Off Semi-Final, 15 years ago to the day. We had lost 3-2 at The Brickfield but had finished six points ahead of them and had beaten them on The Pit Yard earlier in the season.

There were two changes in our team. Joachim Bjorklund came in for Darren Williams and Sean Thornton replaced Carl Robinson, while The Glaziers were unchanged. It was a Monday night as by this time all games had to fit in with the demands of TV. 34,536 turned up, the second biggest crowd of the season. 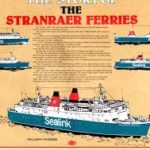 We didn’t play well in the opening stages. There were nerves on display for all to see and Palace did all but score. However, we dug in and in the 42nd minute, a great cross by Jason McAteer, playing what turned out to be his final game in a Sunderland shirt (and shorts and socks) was chested down and dispatched into the net by what looked like Niall Quinn but was really former SeaLink baggage handler, Kevin Kyle, who had developed his strength by throwing cases, bags, boxes and passengers aboard the Stranraer-Larne ferry. 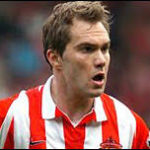 Three minutes later, another McAteer cross was headed in by Marcus Stewart and we were on our way to Wembley (well, Cardiff to be precise) and a date with either Ipswich Town or West Ham United. When Julian Gray received a second yellow card for hacking down McAteer. We looked home and dry. 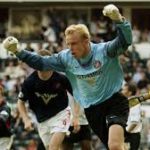 But we weren’t. In the last minute a corner was pumped into the box by Shaun Derry, Mart Poom was pushed over by Neil Shipperley and Darren Powell headed home to bring about extra time and then penalties.

None of us need reminding about the penalty that Jeff Whitley took that allowed Hughes to send Palace to the final, where they beat West Ham. We failed to manage the game well enough, something which, over the years, has been a regular occurrence.

As a result, older players like Bjorklund, Babb and Smith left the club and Mick McCarthy brought in young blood like Liam Lawrence, Dean Whitehead and Stephen Elliott, three influential players who played a major part in taking us up at the end of that season.

I disgraced myself after the game by verbally and almost physically attacking a harmless if rather too exuberant Palace fan, something I am not proud of. He would probably gone and got his dad if I hadn’t been told to get away from him.

And so we go to Portsmouth. I am travelling on the train, staying in Fareham and returning on Friday so any observations on the Fratton Frenzy may not be with you until the weekend.

Video posted on Youtube by safcforever FTM, Feb 2019. Location of Selhurts Park © Openstreetmap contributors.  If there is any copyright claim on the video or the other images used in this report pleae let us know and we will remove or acknowledge as requested

Next Post
Sunderland and Playoffs. Part 5: A great night at the Stadium of Light