Monsieur Salut writes: I asked Pete Sixsmith to cast a critical eye over the ins and outs now that the transfer window has slammed shut – shattered? – on us. I did not expect to find him absent from duty running in sheer joy up and down Busty Bank (which takes the envious souls of South Church up to Shildon). I didn’t fear we’d need to drag him from celebration drinks at whatever they call the Surtees or Red Lion these days, shouting all the while in praise of our saviours Ellis Short and Martin Bain. I sort of expected the cool, measured, underwhelmed appraisal that follows …

“I think predominantly we have replaced players who didn’t want to be at the club with players that did so that is good for the environment at the training ground and around the club.”

These were the words of Chris Coleman after we said goodbye to Lewis Grabban, James Vaughan and Didier Ndong, who all made a vital contribution to our plight at the wrong end of the Championship.

Grabban, despite his goals, showed little inclination for the physical side of the game, Vaughan was just poor and Ndong was  someone who made it clear that he would rather be locked in a darkened room with Donald Trump than play for Sunderland.

Alas, Jason Steele, as pleasant a young man as you could wish to meet, saw a move to Derby fall through and Jack Rodwell failed to make it to Vitesse Arnhem for reasons that are unknown to us but may have something to do with him having to show what he is capable of on a football field.

The footballing equivalent of the US 5th Cavalry, coming to the rescue of the plucky new boys as they are surrounded by the tribes from Bolton, Barnsley, Burton and Birmingham are (in alphabetical order), Lee Camp, Jake Clarke-Salter, Ovie Ejaria, Ashley Fletcher, Kazenga LuaLua and Connor Shields.

Of those, Camp is clearly Ward Bond in his role as the grizzled veteran while Shields is the footballing equivalent of the young drummer boy who may make it as a soldier or may not.

LuaLua is the cynical sergeant major, often played by Victor McLaglen, who has made mistakes in the past but has just enough talent to cover them up, Fletcher is a willing corporal who started out in the 1st Cavalry before being relegated to the 2nd, then the 4th and who now finds himself in the 5th. He knows a lot depends on him and doesn’t want to spend the rest of his career in such a down-at-heel troop.

The other two are young officers, trained at West Point, full of enthusiasm and talent but lacking that vital experience in military life and desperate to acquire some knowledge of it as soon as possible.

At the head of the 5th is Chris Coleman, a John Wayne type with loads of experience in fighting Icelanders, Belgians and Russians but now in desperate need of good reinforcements to prevent the regiment from going down never to return, consigned to ride as ghosts through the fields of Plymouth, Portsmouth and Peterborough for eternity.

Having [brilliantly – Ed] stretched this metaphor to its absolute limits, what have we actually got?

Camp is an experienced goalkeeper born in the Orwellian year of 1984. He has played for Derby County, Burton Albion, QPR, Norwich City and a whole host of other clubs and has been loaned out more than a James Patterson novel in Shildon Library.

Loan clubs have signed him (a good indicator), he played for Rotherham United when they were relegated from the Championship (a bad indicator) and he has failed to make an appearance at Cardiff (not rough enough for Gnasher Warnock). He has to be an improvement on the two who have played this season and, with his experience, may just be able to help organise a feeble back four who, at times, look as competent as the defence that played in front of Billy Caspar in Kes.

We have seen Jake Clarke-Salter play well at home to Hull and have a bit of a stinker at Birmingham. I think he looks a good player but is he mentally tough enough to move from the comforts of Cobham to the chaos of Cleadon? The same could apply to Ovie Ejaria who joins us from an equally comfortable base at Mellwood and is thrust into a relegation situation at Sunderland.

Both players have great pedigrees, have represented England at various levels and are big men – albeit young. Ejaria is a direct replacement for Ndong so doesn’t have much to live up to there and, quite frankly, if he had a wooden leg, glass eye and the courage of Bert Lahr’s Cowardly Lion, would be an improvement. I expect to see him on Saturday rolling over the Tractor Boys and then playing like Pogba (Paul, not his brother Mathias who played for Wrexham) as he leads us to the promised land of 20th place in the second tier and the resumption of Wear-Tyne derbies next season.

Kazenga LuaLua has been around a while and started out at the Sports Direct; that’s the ground, not the store in The Bridges. He once said that he “hated” Sunderland but let’s put that down to youthful high spirits and give him a chance. Mind you, the first air kick or misplaced pass, you can bet your life that he will be reminded of it. He is quick and direct and has experience in this league so he may prove to be the link between “the English Pogba” and the two callow youths up front. He has pace, something we have not seen at the Stadium since David Bellion donned a red and white striped shirt. Sorry, bad comparison. Let’s make that Adam Johnson. That’s even worse. What about Andy Welsh? 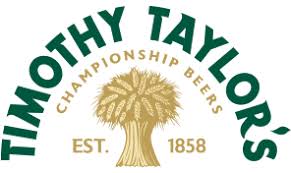 Moving on to Ashley Fletcher, he came behind Jon Walters, Ben Woodburn, Chris Martin, Ollie McBurney, Kyle Lafferty, Bill Brewer, Jan Stewer, Peter Davy, Daniel Whiddon, Harry Hawk and Old Uncle Tom Cobley on the list of possible strikers. He has hardly played at Middlesbrough and Tony Pulis has made it clear that he sees Rude Gestede as a better bet for the sophisticated football that he espouses.

Like the others, Ashley has an excellent pedigree, having been at Manchester United before being loaned to Barnsley and then moving on to the self-styled Academy of English Football at West Ham. He has played 66 first team games, scoring 12 times, nine of which came in Division One for The Tykes. He’s a Keighley lad so he may like Rugby League, as did Jon Stead, while our former winger Mike Hellawell came from the town. Does he celebrate with a pint of Timothy Taylor’s Landlord or does he prefer a pint of Bolt Maker? I am quite partial to their Dark Mild – not that anyone is interested.

Connor Shields is 19 and has joined the development squad from Coatbridge-based Albion Rovers. They are doing well in Scottish League 1, behind John Penman’s beloved Ayr United and he has scored regularly. He’s a Scot and I love Scottish players. The foundations of the best Sunderland teams has been laid on Scots – Herd, Mulhall, McNab, Kerr (Bobby not Andy), Hughes, Porterfield, Martin, Baxter and Sharkey. If he can emulate just one of them, he will do for me.

Coleman has players who want to play for the club and now he has to get them to do it, starting on Saturday. Lose this one and we will all give up.

* SAFC broadly allows us to use its images (new kit etc). But if there is any copyright claim, not answered by ‘fair use’ exemptions, on the image Pete uses to illustrate his report, please make us aware and we will add credits or remove as requested.

Next Post
Ipswich Town Who are You?: ‘my Mackem brother-in-law said SAFC would go up’