Lots of other people do it so why not Salut! Sunderland? We publish so much material that choosing bits to represent a whole year is a tall order. Here goes in any case with the first quarter of 2011 as seen through this site’s eyes.

Even split into four parts (I tried two and it was like offering you War and Peace), the series is long. If Salut! Sunderland appeared on paper, we’d recommend a “cut out and keep” approach. The internet has the bonus of allowing us loads of links. There you should find hints of joy and despair, humour and bile. And tributes to those who left us. The second part should follow later today for
…

* Sixth top: a comfortable romp at home to Blackburn on New Year’s Day (would that we could emulate that on Sunday) sets us up for what we foolishly hope will be a great second half to the season. Consider this extract from Pete Sixsmith‘s report on an excess of striker riches we only wish we still had ..

Up front, the two took their goals well and Bent seems to prefer working with the more predictable Welbeck than the rather more enigmatic Gyan. Asamoah took his goal really well and showed what a class act he is. How to fit the three together is a problem that the Brucester has to face.

* A prize in the short-lived “Who are You?” equivalent of manager-of-the-month awards goes to the Blackpool (who else?) supporting Jimmy Armfield, once known at the best right back in the world and now a warm and wise BBC football pundit described here as a “wonderful voice of the game”. One question – had he ever considered playing for SAFC instead of sticking with the Tangerines for his entire professional career? – drew the priceless response: “No, Blackpool was cold enough, thank you!”, and the fact that he was willing to give his time spoke volumes about the man. 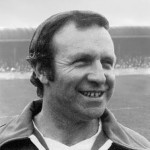 Taking account of Jimmy’s activities as a church organist, the gift chooses itself: a copy of Memorials of the Bolton Parish Church Organs: Including Special Sermons by and Biographical Sketches of the Preachers (1882) by James Christopher Scholes. With apologies that it was Bolton, not Blackpool.

* Kate Adie, exemplary BBC news reporter and SAFC fan, remembers ahead of the Wear-Tyne derby watching one of those 2-1 wins at St James’ Park from the directors’ box as a guest of Chairman Bob (old interview but well worth repeating) …

I’ll never forget it: Newcastle scoring and everyone around you leaping to their feet, leaving you sitting there feeling none too comfortable. Then us scoring twice, and being one of a handful of people standing up and roaring. It was a very weird feeling, like taking your clothes off in front of a crowd.

* Reality check. Pete Sixsmith sums up the 1-1 draw at home to the Mags:

Quite frankly, we were awful. Whatever weaknesses we had seen against Blackpool and Notts County were magnified 100x in this scrappy, bitty and, for us, ultimately disappointing derby. 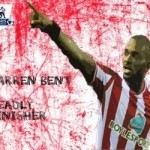 … the feeling of betrayal is deep enough. It seems only five minutes since Bent was collecting a sportswriters’ award – North-eastern player of the season – with words that suggested he was here to stay, loving the region, relishing the goals he was scoring and determined to make himself as revered a figure as such strikers as Clough, SuperKev and – whisper it – Shearer. If reports are to be believed, it cannot have been very long after he wrote that little speech that he was composing a transfer request.

There was always a special affection for Ralph Coates amongst Sunderland supporters. He was one of us. He was one of ours, and certainly one of the best players, if not the best, that we never had.

* M Salut sets himself up for a fall:

On a balance sheet detailing the pluses and minuses of his management of Sunderland, Steve Bruce is comfortably in the black.

So the SAFC decision to offer him a new contract, and his acceptance of it, should be welcomed by supporters.

* Salut! Sunderland welcomes Theo Walcott‘s admission, with apology, that he dived to try to win a penalty (not against us):

… by publicly labelling himself a cheat (on one occasion, and without success), apologising and stressing that he wants such conduct to form no part of his game, Theo Walcott actually did football a service.

* Niall Quinn raises eyebrows with his use of the D word when criticising fans who watch the games in unauthorised pub broadcasts: 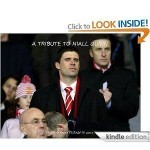 I would never criticise anyone who doesn’t come to the stadium because of financial constraints, but I despise those who spend far more than the price of a ticket watching some overseas commentator describing the action at the nearby Stadium of Light.

* Pete Sixsmith on losing 4-2 at home to Chelsea:

So, a really good game between a developing side (us) and a side coming back to their peak (them). No quibbles with the result, but Chelsea make it hard for others to like or admire them when a clown like Boswinga take two minutes to be substituted. He seemed to want to shake hands with everybody on the pitch as he made his exit – an old Portuguese custom or a new Chelsea ploy? You decide.

* And on losing 2-0 to Everton as our slump deepens:

Were I an Everton fan, I would scan the fixture list in June, look for the home game with Sunderland and either pencil it in as three certain points or pass my season ticket on to the man next door and take my wife (or better still someone else’s wife) for an exciting weekend in Llandudno Junction.

* Tom Watt, writer and broadcaster, is our Arsenal “Who are You?” volunteer ahead of this difficult visit to north London. He presents a eulogy to Arsène Wenger in his ultimately award-winning contribution contributor to the series:

To be honest, anyone who is not a fan of Wenger’s is an idiot. Just take a deep breath and look at his achievements, how many trophies we have won even if you don’t think we are going to win any this season, next season or the one after. Anyone not completely swept up in the 24 hour news cycle would look at what he has done as absolutely unbelievable. Anyone who does not see him as an incredibly significant figure not just in our history but in English football is either an idiot or knows nothing about football. Go ahead and not like him for this reason or that, but not to respect and admire his achievements is sheer foolishness. 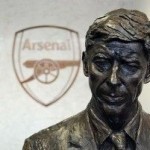 * Pete Sixsmith, reporting (for free) for The Observer, sees a battling draw at the Emirates end our losing run:

We did what Barcelona couldn’t and thwarted Arsenal by keeping a solid shape throughout and hanging on at the end. We even had our own chances. Arsenal weaved pretty patterns but if you concentrate you can stop them – and that’s what we did.

* Andy Nichol, born in London to a man of Fencehouses, recounts an astonishing globetrotting life in the Mackem Diaspora series:

TV coverage was non-existent down under so it was the belated arrival of The Pink or birthday phone calls to/from relatives for all the news. A brief spell in Blighty in ’68 saw me take in my first game (West Ham 0-8, having landed at Heathrow a few hours earlier) but I still didn’t take the hint! And anyway, a week later Messrs Harris and Mulhall reaffirmed my faith in a 3-0 win over Coventry at Roker Park.

* Mick Quinn, retired goal machine and guest Liverpool fan ahead of a visit by the Reds to the SoL, on the legacy of his stint in the North East:

* A return visit to the SoL by Peter Reid, then boss of Plymouth Argyle, for training ahead of a Carlisle game, gives M Salut an excuse to dig out an old clipping from when Reid was sacked by SAFC:

The plain truth is that Sunderland supporters, and I include myself, were utterly spoilt by the excitement of two Division One championships in Reid’s first four full seasons, the gleaming new stadium and those two seventh-place Premiership finishes. Crazily, we began to think we were again a force to be reckoned with: something no fan under 70 has known.

There is much more to come – three more parts of this series covering 2011.

Next Post
Soapbox: forget Osman, this Cheeta was a chimp