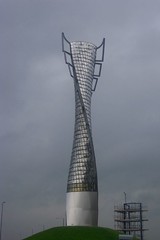 What were saying about Bolton fans being like London buses? Wait half an hour, then three come along together. No sooner had we thought of throwing in the towel on finding a Wanderers supporter than replies started flooding in. Well trickling. The policy is straightforward: if people are good enough to respond, the responses will be used even if we end up with an excess of riches. Natasha Whittam*, a fiery character well known to those who haunt Bolton fan sites, wanted to do this a season or two ago but then disappeared from our radar. Now she’s back just when we most needed her, happy with her rejuvenated team but offering some forthright views on Gary Megson, old grounds v new, Newcastle United and Fifa … 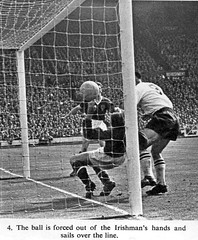 The first sentence of Pete Sixsmith‘s report from last night’s Reserves game may be evidence that he is finally losing it. He either doesn’t really mean it, or is about to undergo a significant life change. All because he joined a few hundred other souls at SAFC Reserves 0 Bolton Wanderers Reserves 0 …

Sometimes there are better things to do than watch midweek football. Last night was one of those nights. I could have stayed in and watched Mr H D “Dickie” Bird and the terpsichorean terror who is Lionel Blair, struggle to keep up with the tasks they were set.

Or, I could have gone into licensed premises, enjoyed a pint and watched Manchester United Odds and Sods play a Rangers side who adopted the type of tactics that a Division Two side would display on a visit to Old Trafford.

Long is what we’ve had to wait for a win, if we agree that beating a team 100 or so places below us, in the cup, doesn’t really count. Short is Ellis, due to join tonight’s endurance test – watching Sunderland at home to Bolton – before meeting his manager, Steve Bruce, tomorrow.
The message to fans is simple: get behind the Lads. They need you to urge them on to an important victory. But the message to Sunderland AFC is even clearer: the time for understanding is running out …

Only a fool would deny that Steve Bruce has been unlucky with injuries this season.

With what is left – especially with Steed Malbranque only just emerging from the doghouse after being disciplined for a breach of curfew during the recent Arsenal trip AND likely to be offloaded anyway – you wonder from where Darren Bent and Kenwyne Jones can expect a semblance of service.

This is not a clash of football’s elite. Sunderland and Bolton may command top 10 places for Facebook visits (with Sunderland at the top), but that is where our league table successes begin and end.
You’d expect Wanderers fans to be cock-a-hoop after that great result at Upton Park, itself coming on the heels of victory against Wolves. Chris Mann* from the Burnden Aces fans site – who has already previewed SAFC v Bolton for Salut! Sunderland, only for the game to be snowed off – welcomes the brighter outlook but predicts something Sunderland supporters have forgotten the feeling of – a home win at the Stadium of Light tomorrow night …

Salut! Sunderland: So now, despite your great win at Upton Park, it’s a six pointer. We didn’t expect to be having those at the wrong end of the table this season. Did you?

The fans would rather not be battling it out at the wrong end of the table, but after the first few games we could all see we were in for yet another long season! Back-to-back wins for the first time in a year have helped ease the suicidal mood around the place. A week ago we were looking doomed, it’s amazing what a couple of games can do in this poor league.

A sad, deluded Wanderers fan expressed the fear, in a comment to the last posting here, that Bolton had a habit of losing to “rubbish teams”. He probably thought he was insulting us; little did he know plenty of Sunderland fans would regard that as a relatively kind description of what they’ve been watching since the back end of November. chooses a non-League warm-up to what he hopes will not be another heap of rubbish…

Another Saturday afternoon and I ain’t got no football, as Sam Cooke might have sung had he been a Sunderland fan.

This is the second of three successive Saturdays without a game and with another one coming up at the end of the month, that give us four out of five blanks on the day we associate with watching our beloved red and white striped shirts struggling to avoid relegation.

West Ham 1 Bolton 2. Highly unwelcome news from the East End. Please let that be the end of the Wanderers’ revival …

Rapidhammer, one of my partners in crime at FootballUnited.com, has just posted a match report headed “I hate Bolton”.

Since I had come to regard the Hammers as certainties to climb out of trouble, I hate them tonight. This was surely a home banker. How could they do it to us?

For his second piece for Salut! Sunderland, Luke Harvey – whose presence would be welcome if it did no more that bring down the average age around these parts – looks forward, if that is the correct phrase in our current state, to Bolton at home on Tuesday …

Michael Owen is injured. Alex Ferguson is complaining about a pitch. Ian Wright is having a good moan as well.

It seems that the world is back to business as usual following the reckless challenge from Ryan Shawcross last week that put Aaron Ramsey out for the rest of the season and captured our attention for the majority of last week.

We, too, are moving on. With a clichéd “make-or-break” match with Bolton coming up on Tuesday, we’ll be much happier to compete against our fellow knuckle-dragging northerner neanderthals. Rather than being up against another slice of football’s elite, it will be a case of 22 men spending 90 minutes kicking legs, ankles, faces and occasionally the ball too. Won’t it?

Just when we needed a meek bunch of surrender monkeys to come to the Stadium of Light, roll over and remind us of what it’s like to win in the Premier, our opponents go and change their new manager. Will Owen Coyle – still to be officially apppointed as we write – apply the well-known clauses of Sod’s Law and galvanise his new team? Or can, for once, Sunderland play to potential and not only score but score at least one more than the other team, thus taking our first double of the season. Or will, indeed, the grim weather force a postponement in any case? Chris Mann*, from the Burnden Aces fan site, is a welcome return visitor to Salut! Sunderland …

Salut! Sunderland Bolton were the last team we managed to beat away in the Premier. That’s pretty much the story of our season but how has it been for you?

Most of us started the season a little optimistic that we could get points on the board early on, then within five minutes of the first game Darren Bent put an end to it all.

We went on a little run in September but since then struggled and it was no surprise that Gary Megson was sacked (unless of course you work for the media and jump on the anti-Bolton bandwagon). We did all right in December, but we need to stop throwing leads away and turn a few of our draws into wins.

Pete Sixmith reflects on a great day out and that rarity: three points from an opening game away from home…

Where were you on the August 19 1989? If you were at the County Ground, Swindon, you saw our last away win on the opening day of the season. Eric Gates and Warren Hawke scored on a day that featured such luminaries as Tony Cullen and John Cornforth. I was in Greensboro, North Carolina and I remember making frantic transAtlantic phone calls in order to get the score in those pre internet days.