Unless I receive a seriously compelling request to publish another set of thoughts on the demise of the brief and explosive Paolo Di Canio regime, it is my considered view that the time has come to move on and concentrate on the battle for survival, whoever is at the helm.

Read morePDC’s sacking: should story so far be the story now closed? 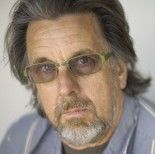 Monsieur Salut writes: On April Fools’ Day, Bill Taylor, who has Sunderland blood running through his veins but has lived on the other side of the Atlantic most of his adult life, declared here: ‘My position is this: I will not support SAFC while this man is connected with the club.’ So, the cause of his disenchantment safely gone, we should be welcoming Bill back to the fold. Er, no. There may be only so many times you can employ the word ‘appalled’ but Bill, using up his quota, is sufficiently so to stay away. I wondered whether it would be right to allow his thoughts to be aired here and am still unsure I’ve made the right decision, but a commitment to free expression – even an article with so many assumptions I consider wrong – triumphed, in the end, over any self-righteous temptation to censor. I have, however, relegated it to yesterday’s sequence of PDC Sacking postings because the rest of us are moving on …

Gareth Barker is half of the dynamic duo that brings you the regular Salut! Sunderland podcast. There is no requirement to go along with a word he now has to say, It is, as he freely acknowledges, a rant. But a rant from the heart …

After much stewing and engagement in argument/discussion across social networking sites, I came to the conclusion I needed to write down all of my thoughts on the sacking of Paolo Di Canio.

What follows started life as a passionate, sorrowful missive that one of the 2,650 poor souls who sat in the away section at the Hawthorns on Saturday intended to post to the SAFC owner, Ellis Short. Whether he couldn’t find a stamp or was just overtaken by the pace of events hardly matters. The thoughts, suitably tweaked to take account of those events, remain valid and apply to the immediate future as much as they did to the closing stages of the short PDC era. The author is a southern-based exile, known to Monsieur Salut, who prefers to remain anonymous …

John McCormick writes: Neil Carter’s The football manager, A history was published in 2006. Carter makes it clear that short managerial stays have been part and parcel of the professional game for longer than we’ve been watching it: even before the war “the intensification of competition brought with it managerial insecurity” (it’s an academic book, you have to expect this language); between 1945 and 1960 over 600 managers left their clubs; between 1973 and 1993 an average of 17 new managers arrived every season; by the start of the Premiership the average tenure had dropped to 1.5 years. We’re par for the course, with fifteen managers, including caretakers, between 1973 and 1993. The last six years are not unusual and, from this perspective, Di Canio only had about a year left unless he achieved something.

What hoops we go through to support Sunderland AFC. Few of us can do anything about that. We are not, generally speaking, the kind of fans who can tire of one club and just move on to another. We’re stuck for life.

Last week, I decided to set aside a few minutes this morning to renew my membership of the SAFC Supporters’ Association London and SE branch. Not for a second did I think of not doing so after all because we’re at rock bottom. My allegiance has never been subject to appointments and sackings of and by people whose ties to the club are a lot more fleeting than mine.

What cannot be denied is that we are in seriously troubled waters. It does not matter that the Premier League season has 33 games left in it. Whoever now comes in has a monumental task to put things right given the miserable start and the wretched luck we had with the fixtures list.

Some will be – indeed are – much less understanding of Ellis Short’s role. Many of those who may have just heard me on BBC Radio Newcastle will disagree with what I said. But I stick by the belief that he did the right thing in March, ending the tragic disappointment of the Martin O’Neill managership and appointing PDC as head coach. The baggage was woefully mishandled, many of us had questions about Short’s selection and some supporters saw it as a step too far. But PDC, with two mighty wins and a lot of luck with other results, kept Sunderland up. Early as this season may be, he looked very much like taking us down. Short was right again, therefore, to act quickly. His next move, though, had better be very good indeed,

This, the clock ticking towards midnight after a long drive home from a weekend in the Alp with only Sixer’s gloomy texts from WBA to keep me in touch, is how I summarised my immediate thoughts for ESPN …

Pete Sixsmith hardly had time to bask in the glory of a deservedly praised piece at the ESPN site’s Sunderland pages – http://espnfc.com/blog/_/name/sunderland/id/2100?cc=5739 – before he had to start writing again, this time on the news of Paolo Di Canio’s sacking. It kept him up late but he needed to get it off his chest …

Read morePaolo Di Canio’s sacking: (1) another bites the dust but no Pulis please

John McCormick writes: I wondered when we’d get a message from our chief coach as, at ten past five, when I was putting the finishing touches to Pete’s “seven”, the TV showed PDC standing on the pitch at the Hawthorns talking to the fans. What did he say? I don’t know. But here’s what he sent to our leader not an hour later:

Read moreLe Parole di Paolo: West Brom 3 Sunderland 0: ‘I will never give up’

Monsieur Salut writes: yes, Drummer (comment yesterday), we ALL hope to win some football matches soon. But the piece by a Newcastle United fan writing under the nom de guerre of @BallstheCat, describing PDC’s appearance in the Steve Harper testimonial and analysing his controversial political utterances and gestures, was interesting, conscientiously researched and well written. It has attracted a lot of attention among Sunderland supporters and, in my view, deserved an airing here. An occasional Salut! Sunderland writer, Mick Goulding, who contributed an excellent, balanced article* during the PDC appointment furore, made a response that cries out to be reproduced, too …

Read moreResponding to that Newcastle view of PDC: ‘our SAFC commitment comes first’

All week, I’ve been urged to read this article written by a Newcastle United supporter inspired by Paolo Di Canio’s part-heroic, part-pantomime appearance in the Steve Harper testimonial. Yes, that’s Seaham-born, Sunderland-supporting (later corrupted, possibly) Steve Harper, now in fine Mag company at Hull City. The piece has been loudly applauded by Sunderland supporters, so may cost Bolde Katten aka @BallstheCat*, the nearest I have to a name, any friends in on the identity secret. It’s scholarly, witty, even friendly at times – three qualities we would naturally attribute as a matter of course to a Mag. Monsieur Salut is even prepared to bet he can spell boycott. Here it is, courtesy of Bolde Katten and his site, Anywhere Like Heaven