Malcolm Dawson writes……this transfer window was supposed to be different. We were supposed to get players in in good time and we did get one new player and a loanee made permanent early doors. We also lost our top scorer. There was plenty of speculation throughout the month to suggest we wouldn’t be left to panic buy, but it took until the very last minute, with a permissible extension, to complete the business. The club’s official website unveiled two signings on the last day – one who had been reportedly putting pen to paper and having medicals over the course of the week and one who was totally left field and unexpected. The final piece of the jigsaw wasn’t officially announced until this morning but the club’s long running pursuit of their number one strike target was finally ratified by the football authorities earlier today (Friday). 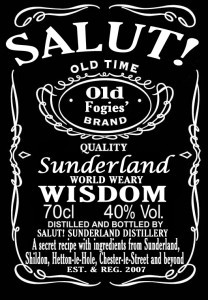 Rade Prica anyone? What about Danny Graham? Anyone fancy Ashley Fletcher? Or Darron Gibson?

Those are examples of a few of the disasters that we have signed in the January window over the years. There are more – who could ever forget/remember Kader Mangana and Sotirios Kyrgiakos, signed by Paolo DiCanio and Martin O’Neill respectively. And Matt Kilgallon wasn’t exactly a roaring success, was he?

So the business done in January 2019 seems to be an improvement on that of the recent past. We have a returning supporter, a promising Northern Irish central defender, a winger who may be able to cross a ball, a young man who has been in the England system for four years and the player we have been pursuing like a fire engine hurtling to an explosion in a chemical plant. (Not forgetting the permanent signing of a midfielder with a powerful shot and the propensity to give supporters a free lift to the pub! – Ed)

We have shed a couple, both to Dundee, one on loan, one permanently and almost got one of the high earners off our books so I would imagine that the management, both on and off the pitch, will be reasonably pleased with what has gone on. Oh, and we lost our leading goalscorer.

I say reasonably because it looks like we may have had to pay a lot more than we hoped for when we finally prised Will Grigg away from The Home of Pies so that he could join his chums Reece and Max on Wearside. Stewart Donald’s tweet this morning is an interesting one, along the lines of “I hope we do pay Wigan £4m because that will mean that we are back in the Premier League.” That would be nice….

Of those who have come in, what do we know of them?

Jimmy Dunne played at Scunthorpe and looked sound. His style and physique are similar to that of Baldwin and Flanagan, so we now know what kind of central defenders Jack Ross likes – big, strong boys, similar to those admired by Sergeant Major Williams in “It Ain’t Half Hot Mum” but with a wee bit of panache about them. Whether Dunne may turn into a permanent addition remains to be seen but we can but hope that he is as effective as the young Northern Irish centre half who joined us on loan in January 2007, one Johnny Evans.

We know lots about Grant Leadbitter. He scored a wonderful goal at Southampton in April 2007. He grabbed Lee Cattermole by the throat when Cattermole hacked him down at The Riverside. Keane thought he was good enough for the top flight, Bruce didn’t. He did well at Ipswich. He was very, very well thought of on Teesside. What’s not to like about that?

And he is a Sunderland supporter who clearly “gets the club” and that may be an important factor in signing him, as many of the players signed in recent seasons appeared not be fully aware of the power that this club has over the local population. It will be interesting to see where he plays. Will Cattermole or Power drop out? Will Grant start from the bench? Will he prove to be the midfielder who can get hold of a game and drive us forward?

All will be revealed between now and May 4th.

Lewis Morgan is clearly a Jack Ross signing – like Dylan McGeouch and Alim Ozturk, only more so. He knew the latter two by reputation but he knows the former through working with him at St Mirren. He appears to be a winger who can move the ball quickly and if he can put in some decent crosses and even take a half decent corner, we will be dead pleased. He could be another Carlos Edwards with a bit of luck.

Kazaiah Sterling comes with an excellent pedigree. He is a part of the Spurs first team squad and they are the third best team in England. He is rated by Mauricio Pochettino and he is arguably the best manager in the Premier League. Sterling is part of the England set up and, most importantly, Victor Anichebe rates him.

Welcome to the North East, Kazaiah. We hope that your stay is a fruitful one and similar to that of Jermain Defoe, the last player we signed with a Tottenham connection – I think.

Finally, and at the last stroke of Big Ben as it thundered out midnight, we got Will Grigg. Wigan quite rightly played hardball with us as we expected them to do and the package, with add ons comes to somewhere in the region of £4m. That’s about one sixth of the fee paid for a Paraguayan that nobody had ever heard of before the summer (let’s hope he is as good as Cristiano Riveros, one of Steve Bruce’s scattergun signings when he still had some credibility on Wearside) but it is a remarkable fee for a club in Division One (Three).

Grigg has form in this league. He has been promoted out of it four times – once with Brentford, once with MK Dons and twice with Wigan and he has scored freely for the Pie Men. Last season, he notched 19 goals, two seasons before that, he rattled the back of the net 25 times. Double figures would do this time round.

He is a very different player from Josh Maja in that he combines speed and physicality in his game and has little of the subtlety that Maja possesses. I don’t envisage him scoring a goal like the Bordeaux man’s final goal for us at Scunthorpe – a brilliant pass to the full back and then a wonderful run into the box to head home – but I do envisage him feeding off Wyke (who might get a few good crosses from Morgan) and using his pace to run at defenders who much prefer brawn to speed.

As always, the proof of the pudding will be in the eating, starting on Saturday. AFC Wimbledon were mightily impressive in their cuffing of West Ham United and will not be easy but the sight and sound of new players should help us to get back to winning ways. I expect this team to start;