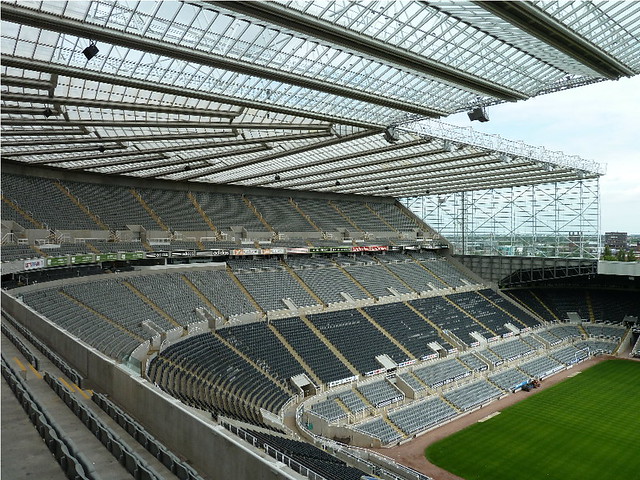 Pete Sixsmith has served the equivalent of a short prison sentence watching Sunderland win, lose and draw – not to mention Blyth Spartans, a Scottish League XI and Liverpool – at the ground formerly known as St James’ Park. Here he begins a two-part series, awarding Like and Dislike points to this strange hotchpotch of a stadium …

War clouds may not yet be gathering in Europe, but the financial system nears meltdown. Crisis is everywhere. Recession bites deeper. Tom Watson calls Murdoch junior a mafia godfather. People starve in Africa. And which of these is the hot news in the North East? Pete Sixsmith is up on his Soapbox to fulminate …

Well, I woke up this morning and I found that the world had not come to an end.

Outside the gates of Sixsmith Towers, people made their way to work, Arriva buses ran late and the cat demanded to be fed every 40 minutes.

If it has begun to seem like Be Nice to Toon Week here. be assured normal service will resume once the volcanic cloud lifts. But as a footnote to the questionnaire Alastair Campbell answered for Salut! Sunderland ahead of today’s game against his beloved Burnley, he commented on a certain urban myth – dear to Mackem hearts – concerning his old boss. reports with heavy heart …

Some stories are true, but you wish they weren’t. Some cry out to be true but are false, even if they leave a postscript – read on – that is entertaining and plausible.

Into the second of those categories slots the belief that Tony Bair, while Prime Minister, talked wistfully in an interview of having sat as a lad in the Gallowgate end at St James’ Park, watching Jackie Milburn play for Newcastle United.

Read moreTony Blair and Newcastle United: when the truth hurts