John McCormick writes: I had a taxi booked for this morning. It arrived late. Apparently, there were fewer on the road than usual and those that were there were being driven by Evertonians. It would have been a fine night in the city centre.

All this season and last, Pete Sixsmith has brought us his twin series of reminiscences recalling the first time he visited the homes of upcoming opponents or the first time he saw them on be that on Wearside at Roker Park or the Stadium of Light, or occasionally at places like Darlington or Hartlepool.

Before he started on this epistle from the past he had this to say on last night’s game at Anfield.

My seven-word verdict on last night’s Champions League turnaround would have been: Bottled it and beaten by Farringdon’s finest.

I rarely watch games on television – and never when Robbie Savage is “summarising”- but I did watch this one and revelled in a wonderful team performance by Liverpool. At the head of it was our former player, Jordan Henderson, who never stopped running and tackling, who set up the opening goal for Origi and who was a fine captain deserving of all the success that is coming his way. I’m not a great lover of the club or some of its self-satisfied fans, but I do like Jurgen Klopp.

Anyway, back to the main topic; the playoffs.

Our first experience was in April 1897 when we finished 15th in a 16 team First Division and played in a tournament with Burnley (16th), Notts County (1st in Division Two) and Newton Heath (2nd in Division Two). Ourselves and Burnley played Notts and Newton home and away then the top two in the mini league would offer themselves to be elected to the top flight, while the other two would be invited to play in Division Two. Notts did well and took six points out of us and Burnley while we rallied and won and drew with Newton Heath. Burnley lost to them and finished below us and were not invited to play in Division One the following season. We were and finished second behind Sheffield United, who won the title for the only time in their history – a feat they are unlikely to repeat next season. 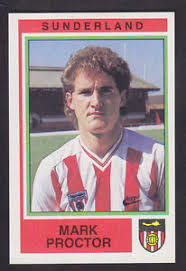 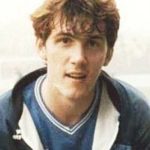 Fast forward 90 years and we were involved in a similar situation when we played Gillingham over two legs. We had finished twentieth in Division Two while the Gills had ended up 5th in Division Three. While Swindon Town and Wigan Athletic slugged it out in the other tie, we travelled to the Priestfield Stadium and took the lead through a Mark Proctor penalty. Unfortunately, Tony Cascarino was in the Gills line up and was showing his prowess before a series of big money moves and Irish caps, and his hat trick scored in twenty-five minutes did for us, despite Proctor getting one back.

I did not travel to that game and spent the evening driving around South West Durham delivering union membership cards while listening to BBC Newcastle and their eccentric commentator, John Cairns – a man who liked a drink. T 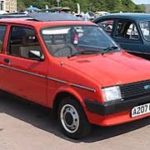 he inhabitants of Etherley, Witton Park, Toft Hill and Middridge would have been shocked to hear expletives emanating from the interior of an Austin Metro as it swerved around the lanes with an increasingly puce faced driver at the wheel. Worse was to come…..

My first experience of the playoffs was in May 1990 when we, as the sixth placed side in Division Two, played the third placed side. That just happened to be Newcastle United, who had finished 5 points behind Leeds United and Sheffield United – they went up automatically – and six points ahead of ourselves, Blackburn Rovers and Swindon Town. Had we been a point better off, we would have finished fourth and faced Swindon, while they would have been up against Blackburn. It could have been a Wear-Tyne Derby at Wembley – but it wasn’t.

The first leg was at Roker Park on Sunday May 13 1990, with a lunchtime kick off. I think that Northumbria Police insisted on this so that both sets of supporters would be able to go to church on Sunday morning and then again on Sunday evening.

While they fielded this team; 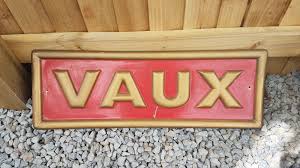 It was a game that matched red and white against green and yellow, Hummel against Umbro and Vaux against Greenalls. So, we should have won on the quality of strips, colours and beer. 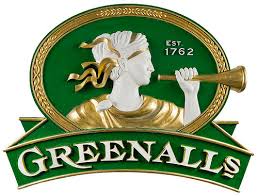 That we didn’t was due to John “Budgie” Burridge pulling off a penalty save in the 90th minute after Marco had been pulled down in the box by Mark Stimson. Paul Hardyman, enjoying a splendid first season at Roker after his transfer from Portsmouth and whose goal at Vale Park had cemented our playoff place, stepped up in front of an excited Fullwell End to win the game. He was the regular penalty taker, scoring four during the season, but none had been as important as this one.

There was a lengthy delay while Mr Callow checked with his linesman, was surrounded by Newcastle players and eventually booked Stimson. Micky Quinn added to it by putting in his two ‘pennorth and by the time Hardyman took it, most of the crowd were anticipating their teas.

It hadn’t been a great game but Denis Smith was sharp and astute enough to notice weaknesses in the Newcastle side and as every Sunderland supporter knows, they would be exploited to the full four days later.

We shall return to it next week…….

Next Post
Taylor made: amid the playoff jitters, transatlantic goodwill from a satisfied Sunderland supporter