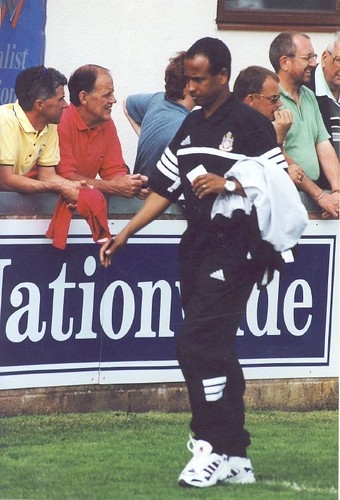 Tigana resigned immediately after the game, leaving Jean-Louis Triaud – the club president who sneered at “litte club” Sunderland (along with Laurent Blanc, then manager), when we had an interest in buying Marouane Chamakh – to express his “frustration, disappointment and even shame” at another grim Bordeaux performance, before their “big club” crowd of some 24,000 souls.

It is, M Triaud (and those Arsenal supporters who recently came here defending his insulting behaviour), the curse of Chamakh. Justice is being done, and may be done with interest if M Blanc, despite the valiant support of Zinédine Zidane, feels obliged to resign today or tomorrow as manager of France over the racial quotas scandal (in which, I hope and believe, he is innocent; Zizou certainly believes he know him well enough to be sure he is no racist).

And to think, a simple apology to Sunderland AFC, which M Triaud could easily have channelled via Salut! Sunderland, might have avoided all this divine retribution …

9 thoughts on “The curse of Chamakh: Bordeaux tears = Salut! smiles”