John McCormick writes: I have visited Kingston-upon-Thames. It was within a couple of years of our Wembley triumph (the second one) and I can’t remember much about it, though I’m sure it certainly never struck me as a place that would host a professional football club.

But what do I know about football?

Clearly it’s not as much as Pete Sixsmith

Now, this is an interesting one. We have never played this club. We have played Wimbledon and we did play something that purported to be Wimbledon at a hockey stadium in Buckinghamshire, but AFC? Never.

While they were busy in the Combined Counties League between 2002-04, we were blowing away all the good will that Peter Reid had brought to the club, with a succession of dismal performances and equally dismal signings. Patrick Mboma anyone?

While they were working their way through the Isthmian League (2004-08), we were being relegated with 19 points, getting to an FA Cup semi-final, winning the Championship and going back down again with a dismal 15 points.

In their Conference years (2008-11), we saw the Drumaville renaissance, Roy Keane, that wonderful day when we stayed up and the Mags went down, Steve Bruce, Darren Bent and a 10th place finish in the Premier League. 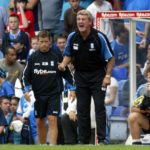 And all the time AFC Wimbledon have sailed serenely on and are now in the same league as a club that has 6 league titles to its name, a 48,000-seater stadium, 23,000 season ticket holders and at long last, a grasp on reality after six years of delusion.

So, we make our inaugural visit to Kingsmeadow, situated in The Royal Borough of Kingston-Upon-Thames and formally the home of Kingstonian F.C. AFC moved in with them in 2002 when they reformed and bought out the landlords in 2006. The ground is also used by Chelsea for non-first team and Women’s football, and Chelsea have purchased the ground from AFC.

That brings us to the next part of the story as Kingstonian have left what was once their own ground and are lodging with Corinthian-Casuals at Tolworth and AFC have started to build a new stadium on the site of Wimbledon Stadium (dogs, speedway and stock cars – not all at the same time) which is yards away from the original Wimbledon FC’s ground at Plough Lane, back in their home borough of Merton.

They must have enjoyed last season as they retained their place in Division One while their nemesis, Franchise FC went down to the nether regions of the Football League and hopefully to further oblivion.

In their first three games they have won at Fleetwood, drawn at home to Coventry and at Barnsley. In addition to that, they have put Portsmouth out of the League Cup by winning at Fratton Park, earning them a home tie with West Ham United. I bet they are looking forward to that.

The town is busy, has a shopping centre called the Bentall Centre and a very pleasant riverside walk. I had a decent lunch and a pleasant pint of Youngs Bitter at The Bishop on the banks of the Thames but I was told that there are better pubs. The Good Beer Guide recommends The Albion, The Willoughby Arms (where the Yardbirds used to play) and a Wetherspoons Beer Hall called The King’s Tun. 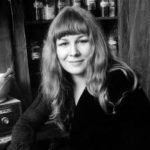 Old folkies (this means you M. Salut) would enjoy Kingston as it has been home to Dave Swarbrick (great fiddle player and the subject of two obits in The Daily Telegraph), John Martyn, crazy but talented singer with a great chuckle and the divine Sandy Denny, her of the pure voice who asks that immortal question Who Knows Where the Time Goes? It was also the home town of composer Derek Bourgeois – what could be more fitting.

The ground is nothing special but it is home to a club who have rebuilt from scratch while others, (Stockport County, York City, Darlington, Torquay United, us) have slid away under dismal ownership.

I have made one visit to The Cherry Red Records Stadium, in 2011 when I saw Accrington Stanley triumph 2-0. It was AFC’s first season up and they had started reasonably well. Stanley came and punctured that well being with a clinical 2-0 win, the goals coming from former Hartlepool player Padraig Almond and Craig Lindfield with former Birmingham, Charlton and Hull City player Bryan Hughes giving a master class in how to run a midfield. Hopefully, Dylan McGeoch will be fit enough to emulate him.

But don’t ask for a discount.

AFC Wimbledon v Ramsgate: Adam Procter  Kingsmeadow Stadium Julian Osley (Creative Commons Licenses). If there is any copyright claim, not answered by ‘fair use’ exemptions, on the other images used to illustrate this report, please make us aware and we will add credits or remove as requested.

5 thoughts on “The First Time Ever I Saw Your Ground: AFC Wimbledon and Kingsmeadow”

Next Post
The Wimbledon Who are You?: ‘SAFC will go straight back up; I’ll settle for mid-table’