John McCormick writes: I suspected this would be one of the grounds that Pete Sixsmith counts among his favourites. After all, not only  is it old and venerable, like the man himself,  with international matches and semi-finals galore on its cv, it has the Archibald Leitch connection that he relishes.

And there’s a bonus for me, by some coincidence. Some random bloke I met this morning started talking about the ’73 cup final and the save, which got me mentally singing “Aye Aye Aye Aye, Monty is better than Yashin”. But I couldn’t  for the life of me remember who was better than Eusabio. Now I know, and I’ll sleep happily tonight. So it’s a double thankyou to Pete, for filling in that gap, and for another excellent read:

It is a mere 51 years ago this Christmas since I first set eyes and feet (and the bits in between) on Villa Park. I shall be there this Tuesday for the first time in a while – games between the Villa and us have clashed with a Rugby League World Cup Final, a work night (ah how well I remember them) and a day’s work on The Polar Express (ho ho ho!). 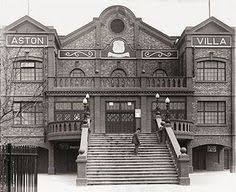 Villa Park is one of those grounds that oozes class and in in December 1966 it was one of the principal football venues in the land. Like its contemporary Roker Park, it had hosted World Cup games and unlike Roker, it had been a regular choice for FA Cup semi-finals due to its stature and its proximity to London and the North of England. It also had a huge capacity – well in excess of 50,000 by the time I first gazed in wonderment at it. Opened in 1897, a couple of years before Roker, it originally had a cycle track running round it giving the ground a distinctly elliptical shape. It wasn’t until the early 20s that the magnificent Trinity Road stand was built. It became the main part of the revamped stadium (the cycle track had disappeared in 1914) and boasted a bowling green in front of the main entrance. Had it been there in 1966 Les Smith and I might well have had a couple of ends before we trooped in to the paddock.

The Holte End, built into the side of Aston Park is still a fine sight, stretching way, way back and when it was a standing area it looked even better when it was full. On the day that I paid my inaugural visit, there was a disappointing 26,580 in the stadium as Villa vied with Blackpool to avoid the bottom spot in Division One. They succeeded but still went down. 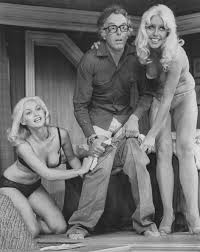 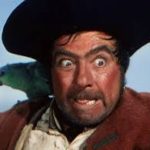 We had played them at Roker Park the previous day in front of 31,262, a disappointing crowd in yet another disappointing season. Clearly, many were tempted to stay in by the delights of Boxing Day television, which included Sooty’s Christmas Show (“Bye, bye everybody, bye, bye”), Long John Silver (“Ah, Jim laaad”) and Brian Rix in “One for the Pot” (“Ooops, vicar, there goes my trousers”). We managed to score all three goals in a 2-1 win with John O’Hare (“When we want goals, he’s always there”) in the 7th minute and Neil Martin (“Better than Eusebio”) in the 72nd scoring for us and Martin Harvey making a game of it by scoring the Villa equaliser on the hour.

The entire forward line was made up of Scottish internationals – and all of them good players.

That line up suggests that Villa were struggling and they were relegated at the end of the season, dropping into Division Three three years later. They spent two seasons there before coming back into Division Two and then clambered back into Division One, pipping us in 1976 in the usual “Sunderland lose last game to drop down/fail to get promoted” scenario that we have lived with all our lives.

Of the names there, Lew Chatterley was Lawrie McMenemy’s assistant as we slid into the depths of Division Three, Bobby Park was not the one that played for us in the early 70s and John Sleeuwenhoek has just made my spell checker blow a gasket. 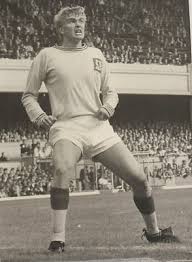 He was born in Wednesfield, Staffs, son of a Dutch paratrooper and a Staffordshire lass and went on to play 226 games for Villa before crossing the city divide and turning out 30 times for The Blues. While at Villa, he picked up a couple of England Under 23 caps and gained the startlingly original nickname of “Tulip.” He retired in 1972 after a handful of games for Torquay United and Oldham Athletic due to a persistent knee injury and died at the age of 45 in Wolverhampton in 1989.

The trip down to Villa was by John Tennick’s coach which left Sunderland, travelled down the A19 to Stockton and then across to Darlington, where it picked up at The Imperial Hotel in Grange Road. There were a few of us who got on there. Eddie Neary, Gary Scott, a chap from Toronto (Co. Durham not Ontario) who kept racing pigeons and Paul from Cotherstone who used to sit in the same row as me at The Stadium. 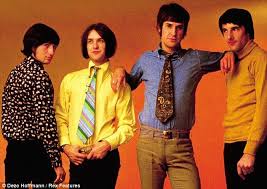 The music on the way down would be courtesy of the Light Programme as Radio 1 was still months away. It wasn’t a bad Christmas for music; Tom Jones topped the charts with The Green, Green Grass of Home, but The Kinks (Dead End Street), The Small Faces (My Mind’s Eye) and Manfred Mann (Semi Detached Suburban Mr James) were also represented. If we wanted a chuckle, there was The Barron Knights, featuring Duke D’Mond with Under New Management, a parody of putting the pop stars in charge of the country. Oh, how we laughed.

The game wasn’t a great one. A half full Villa Park cheered when Lew Chatterley converted a penalty, groaned when Neil Martin equalised and had a belated Merry Christmas when Keith Bradley scored the winner with 15 minutes left. 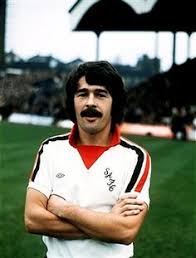 We made one change for the next game, at home to Manchester City, when a certain Bobby Kerr announced his arrival on the scene with a last minute winner. He did reasonably well after that.

That season, Manchester United won the league, with Nottingham Forest in second place and Tottenham Hotspur third. Of the 22 clubs in the top division, fourteen are in it now. Just for fun, can you name them? And can you name the eight who are no longer there? And the six who weren’t in the top league then. How much fun is that…….

5 thoughts on “The First Time Ever I Saw Your Ground: Aston Villa and Villa Park”

Next Post
Chris Coleman and the gentle art of Sumo