John McCormick writes: Sunderland to Ipswich is not one of the longest journeys in the League. The straight line distance of just over 220 miles puts it in the mid-range category. However, you need to add at least another 50 miles – not all of them easy driving – if you go by road. Alternatively, you could spend a minimum of five hours on the train, with two changes.

When you consider this, and the number of times Sunderland and Ipswich have been in different leagues, you might be surprised to find how many times Pete Sixsmith has been there.

Then again, as it’s Pete Sixsmith, you might not. This is the latest in his twin series of reminiscences on first encounters with Sunderland’s opposing teams and their grounds … 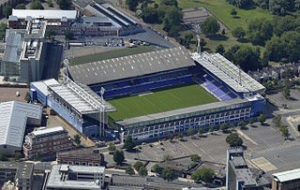 Portman Road* is not a ground I have visited regularly. This will be my fifth visit, the first one being in April 1969, the last one being 36cyears later in April 2005 with a draw and a defeat in between.

The last time we played there was in the Roy Keane promotion season and we lost that one, bringing about Keane’s first defeat as Sunderland manager, which set the grumblers away doing what they do best – grumbling.

We haven’t played Town that much, mostly because they are a relatively new club. They only came into the Football League in 1938, joining Division Three (South) before the war ended competitive football and throughout the 50s they swung between that league and the Second Division, hardly pulling up trees.

Our first visit to Portman Road was in 1959 and we won 2-0 thanks to a double from John Goodchild, an inside forward signed from Ludworth Juniors. He was played along the front line and ended up as a left winger, flourishing in the sea air of what was then seedy Brighton rather than the hipster version it is now. We finished 15th that season with Ipswich one place below us. Neither club would be satisfied with that this year.

The first time I visited was Good Friday 1969. As we know, due to the debates that raged at the Synod of Whitby in 664, Easter became a moveable feast and could be any time between the March 21 and the arrival of the first Ecclesiastical Full Moon. In 1969, that would have been on Sunday 6th and the tradition in the Football League (not decided by King Oswu of Northumbria or the Abbess Hilda of Whitby) was that three games would be played over that weekend – Good Friday, Easter Saturday and Easter Monday.

The fixtures man at Lytham St Annes gave us Ipswich on the Friday and then Arsenal and QPR at home on the other two dates. In the 270 minutes of football that we played over that Easter, we failed to score and conceded but a single goal, and that was scored by Ron Wigg in the 87th minute of a dreadful game at Portman Road. The other two were even worse.

To say that we were in a poor run is to say that Donald Trump’s view of the world is marginally different from that of Barack Obama. We cuffed Stoke City in early March and then proceeded to win two more games out of the remaining 12. Had it not been for the fact that we had started reasonably well and that QPR were a basket case, we would have probably gone down. We scored 43 goals (just over one per game) and the leading scorer was Colin Suggett with nine.

However, we did win 10 home games – a figure we current supporters can only dream about. The sole away win came in the penultimate game of the season at Burnley and was a replayed game after the first game had been abandoned because of a blizzard. We were losing 2-0 at the time…..

I went to Ipswich because I was on school holiday, I didn’t have to get up to do my Sunday paper round the next day and it was probably the beginnings of the groundhopping frenzy that dominates my life as I slip into my dotage.

It was a long and unpleasant journey on the Supporters’ Association coach, passing through towns like Huntingdon and Newmarket and wending all the way down to Suffolk. I have little memory of the town or the game, save that I was ever so slightly vexed after such a late winner ruined what I hoped was going to be a fun Easter.

The journey back seemed even longer and by the time I arrived back in Darlington (the picking up and dropping off point) the last bus had gone, my father was tinkling the ivories somewhere and I had to walk the eight miles home. I should have realised then that this was a foolish hobby….

There were some interesting players there. Calvin Palmer was exactly the kind of man that you would NOT expect Alan Brown to sign. In a team that was expected to obey instructions rather than innovate on the pitch, Palmer was the odd man out. Signed for a decent fee from Stoke City, he immediately upset the Bomber by refusing to go to the cinema the night before an important game at Sheffield United. He was dropped for this act of gross insubordination, Brown refusing to accept the claim that “he had seen the film” as permissible.

He was restored for the next game and replaced Monty in goal against his old club after the local hero to end all local heroes was carried off. He even saved a penalty in that game and wiggled his bum at the Fulwell End. He cheered up a dull and dour Roker Park with his antics but left at the end of the season to play in South Africa. He died in 2014 in a hospice in Brighton.

On the Town side, Bill Baxter played over 400 games for them and John O’Rourke had had a successful spell at Middlesbrough under Stan Anderson who explained that O’Rourke’s propensity for being caught offside was due to him “being too quick for the defenders”. Hmm.

Danny Hegan had left Roker during Brown’s first spell. Being unable to break into a tight and effective first team, the former Albion Rovers man moved to Ipswich in 1963 and had a splendid six years there, playing 207 games before his “hectic social life” caught up with him and he moved to West Bromwich Albion and then Wolverhampton Wanderers.

Bob Stokoe brought him back to Roker in November 1973 but he failed to impress and left pretty quickly for South Africa and then to Butlins at Minehead and Clacton as a football coach. He returned to Birmingham, “helped out” at the Test Matches at Edgbaston and remains a good example of how footballers of his generation did not make enough money to buy streets of houses, expensive watches and huge automobiles. He died in 2015, mourned by Town fans, for who he played a major part in their 1967-68 Division Two Championship season and by Wolves supporters for inspiring their midfield in the march to the UEFA Cup final in 1972.

Nowadays, Town are managed by Worsborough Bridge born Mick McCarthy, a man who I had a lot of time for when he was with us. The ground is a good example of how to rebuild sensibly although the view from the rear of the away seats isn’t brilliant.

That stand is called the Cobbold Stand, named after the brewing family who were major shareholders in the club for many years. Tolly Cobbold were owned by the same company that had Camerons Brewery in the 70s and 80s (Ellerman Lines if memory serves) and they would sometimes exchange beers. Tolly’s Old Strong would appear at the Sportsman at Canney Hill and three pints of that on a Sunday night was a perfect way to round off the weekend.

Thomas Wolsey, the man who invented socks and underpants before messing up Henry VIII’s divorce, was born in the town as was animal impersonator extraordinaire Percy Edwards, a regular butt of Eric Morecambe’s gags in the 70s.

Ipswich also produced an interesting colonial administrator called Cecil Hunter-Rodwell who, when being petitioned by priests to allow the building of a fever hospital in Southern Rhodesia, said: “Why do you worry about a hospital? After all, there are too many natives in the country already.” One of the young black Rhodesians listening was Robert Mugabe which may go a long way to explaining why he is not over enamoured with the British even now.

It just goes to prove that Jack is not the only Rodwell to spark a controversy over the years.

Cardinal Wolsey photo via Wikipedia (public domain) The original is at Christchurch, Oxford

* Guess the Score with Ipswich Town supporters invited to have a go (they’ll have to hurry when thinking up their own home-win scorelines as a few have already taken by downbeat Sunderland fans) … https://safc.blog/2017/09/ipswich-town-vs-sunderland-guess-the-score-we-have-to-win-some-time/ 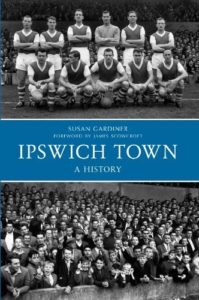 ** The Ipswich Town ‘Who are you?’. Dave Chamberlain, who lives in South Wales and had adopted Merthyr Town as his second team, tells us of his Ipswich passion and offers positive views on Simon Grayson and Mick McCarthy. His automatic entry in Guess the Score is 2-1 to the Tractor Boys … https://safc.blog/2017/09/ipswich-town-who-are-you-give-grayson-time-says-tractor-boy-and-merthyr-town-fan/

*** There’s a great anecdote, for those who haven’t already seen it in past postings, on the time a friend, sadly among those who have passed away this year, attended a humiliating game for Sunderland at Portman Road: https://safc.blog/2017/06/graham-noble-rip-an-adopted-safc-fan-who-lived-up-to-the-surname/

2 thoughts on “The First Time Ever I Saw Your Ground: Ipswich Town’s Portman Road”

Next Post
Ipswich Town vs Sunderland Guess the Score: we have to win some time