Pete Sixsmith is a member of the 92 Club and if you take in all the non league, lower league, overseas grounds and empty stadiums he’s visited, is probably a member of the 7,092 club.  Today he takes us back to a time when loon pants, platform shoes, tank tops and kipper ties were the fashion but on his visit to Millwall there would have been plenty of calf length Levis, Ben Sherman shirts, braces and Doc Martens on show.

Like us of course, Millwall have left their long term home for what can now be described as a newer (rather than new) stadium. How time flies!

Another double up here as I have been to The Den, Cold Blow Lane, New Cross, SE14 and The Den, Bermondsey, SE16. No new names for The Lions. They left The Den for The Den in August 1993, almost a quarter of a century ago and I finally made it there in September 2014 when I saw Birmingham City beat them 3-1, of which a little more later.

My first visit to The Den in Cold Blow Lane was on a warm day in August 1974. It was the opening game of the season, so optimism was high amongst both sets of supporters. We had wasted the previous season swanning around the Second Division as FA Cup winners and there was a realisation amongst the support that promotion was a necessity this year. To that end, we had signed Bob Moncur from Our Friends From the North to give us some stability at the back and Bryan Robson, Sunderland lad but former Mag, from West Ham United to score the goals to fire us into the Promised Land.

However, the league was particularly competitive that year. Two major clubs in Aston Villa and Manchester United had been relegated form the top tier and the third one, Norwich City, were no slouches either. Add to that a Blackpool side who had missed out on promotion in the final game of the previous season (at Roker as well) and a competitive pair of Bristols (ah yes Benny Hill was popular in 1974! Ed.) and it would not be easy.

The build up to the game had passed me by as I was touring Yugoslavia with Bob Miller, a fellow teacher at Ferryhill. We had travelled around by train, visiting Belgrade, which I didn’t think much of, Sarajevo, where I stood in the footsteps of Gavrilo Princips, the young Bosnian who shot the Archduke Franz Ferdinand in July 1914 and Dubrovnik, where we stayed for two weeks soaking up the sun and the slivovitz, the ferocious plum brandy that the Yugoslavs drank, used as paint stripper and for preserving the bodies of their newly departed.

It was my first sojourn abroad apart from the day trip I had made to Budapest in 1973 for the Vasas game. We travelled by train from Calais, through France and Switzerland, where we woke up one morning to the site of the Alps and agreed they were slightly more imposing than the Pennines. From there, it was through Italy glimpsing Milan and Turin before crossing the border just south of Trieste. A group of Yugoslavs got into the compartment and bribed us with beer and food to wear some of the clothes they were sneaking in from Italy. On a hot summer night we sat like Michelin men as the customs police went through the Yugoslavs’ bags looking for sweaters, shirts and socks. 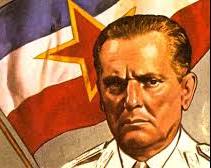 The next three weeks passed idyllically as we soaked up the sun and the local culture. Yugoslavia seemed a contented country with the their Communist leader Marshal Tito’s picture everywhere. We camped in the shadow of the stadium in Sarajevo and almost got to see a game in Split – but it was not to be.

The journey home was interesting. We had little idea of what was going on as British newspapers were scarce and expensive but we were aware that something had kicked off in Cyprus. On our return to Belgrade, the entire Yugoslav army appeared to be on stand by and there were rumours that all trains had been commandeered and that regular services would not run. However, Tito did not let this Sunderland supporter down and we caught an overnight train to Paris, then on to Calais and across to Dover on Sealink . This was the Friday before the game and we stayed with Richard (“Dick”) Smith (sometimes of this parish) on the Friday night, travelling up to New Cross next morning. Sixsmith Minimus had joined us by then having travelled down on the United bus from Dowson’s Paper Shop in Shildon.

The ground was a shocker. I am sure that Millwall fans loved it but it was a horrible place to watch football for the away support.

Situated between a series of railway lines with industrial sheds all around it, it paid homage to the powers (if that be the word) of corrugated iron. The stands were unpleasant to look at, the terracing was a weed collector’s paradise and it was easy to see why they rarely lost at home. And that was before we met the crowd. We decided to take seats in the main stand, paid our £1.20 or whatever it was and sat near the back with as decent a view as you could get in a ground that was designed for naked hostility rather than watching the beautiful game.

The first names I find fascinating. When did we last have a Dick or a Dennis or a Tony playing for us? Being called Bri(y)an obviously helped you get into the Millwall team and they had an Alf and a Doug. How names change…. If we still have a club in twenty years’ time, we will be roaring on Skyler and Henry.

The seats were little protection from the vociferous Millwall support who were not particularly welcoming and lived up (down?) to the expectations that we had. Bobby Kerr put us ahead and when Tony Towers doubled the lead in the 38th minute, fighting broke out with another group of Sunderland supporters sat nearby. It quietened down a bit when ‘Arry Cripps pulled one back but got nasty at half time and even nastier towards the end when we ran away with it thanks to Vic Halom and Billy Hughes scoring in the last ten minutes. The Metropolitan Police appeared in the seats and cracked a few skulls with their truncheons and we slunk out for New Cross station.

On the way out, head down practising my best Sarf East London accent, I was approached by two students from Broom Cottages Secondary Modern School. Stephen Hopper, known to all as Gus, and Billy Watt, a big, red faced farm lad from Hett, alas no longer with us, were grey. They stuck with us and Billy, who was not a good scholar and who enjoyed working the younger teachers, said to me “Mr Sixsmith, get me back to the station please. I’ve never been so effing frightened in my life.” We told them to be quiet, put them on the right platform and they got back to central London in one piece.

It was a good start to the season and we went on to play some very good football. This was the year we lost 3-2 at Old Trafford in a game that was Match of the Day and was widely regarded as the best game of the season. We also lost 3-2 at Blackpool when a peanut vendor distracted Billy Hughes as he was taking a penalty to put us ahead and then Mickey Walsh went and scored a sensational winning goal in the last minute. We went to Villa Park for the final game of the season (a winner takes all match) and we lost it in front of 57,000. Interestingly, we used 17 players that year. Two of them were Trevor Swinburne who played twice and Stan Ternent who was an unused substitute on two occasions. And we still didn’t go up.

My visit to the New Den was to tick off my 91st League ground and was a humdrum game against Birmingham City. The Lions did not roar that night and City came away with a comfortable 3-1 win. Ian Holloway was the Millwall manager then and he got a tough time from the home fans and left soon after. City scored through Clayton Donaldson and David Cotterill in the first half with Lee Gregory pulling one back after half time. Wes Thomas finished it off in the 83rd minute to prompt a spate of booing and abuse, the likes I had not heard since an NHL match in Washington in the 1980s. The ground is decent and the Millwall supporters I spoke to that night were open and friendly. The days of Harry The Dog have gone but they will be up for this one and our younger players may find it an intimidating afternoon.

Now is the time to unleash The Rodwell … Remember, we have only 12 games to save our universe.

Next Post
Millwall vs SAFC Guess the Score: Lions tamed or Lions rampant?