John McCormick writes: Brentford – my favouritest club in all of London Town. I’ve seen them play at Griffin Park a few times, but have I seen them play at Roker? Definitely not in 1992, I never returned to the North East that season. 1967? It’s possible, indeed probable. However, I have no memory of any such game. Nothing, nada, zilch. Nowt at all, not even what is surely a memorable scoreline.

A warm welcome to one of our fellow red and white striped teams as the most westerly of west London teams arrive at the Stadium of Light for their first visit. They have played at Roker Park a few times, the last time being in December 1992 when they beat us 3-1. Shaun Cunnington, a player who infuriated Jeremy Robson as much as Jack Rodwell infuriates the current support, scored a consolation for us against a Brentford team who eventually went down to Division Two (as it then was) by a point from, er, us: 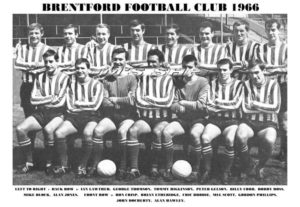 I first saw the Bees at Roker in 1967. They were then in Division Four after being relegated the previous season and they arrived at Roker for an FA Cup Third Round tie in the middle of a full blown financial crisis. They had run out of money and talks were in progress about a merger/takeover with local rivals Queens Park Rangers. It didn’t go down well in the Bees fans who put up a brave and ultimately successful fight to prevent Jim Gregory from moving Rangers to Griffin Park and closing down Brentford.

There was genuine sympathy amongst the 36,908 who turned up on a bright Saturday afternoon, fully expecting a comfortable home win. We went into 1967 in 19th place (22 clubs in Division One then) despite having a strong squad, replete with full internationals like Jim Baxter, Neil Martin, Martin Harvey, John Parke and Charlie Hurley.

Manager Ian McColl shipped a few out as the season went on; Mike Hellawell, Nicky Sharkey, Harry Hood, Garry Moore, Dave Elliott and Jimmy McNab had all gone to pastures new before the FA Cup started in late January. Bobby Kerr and Billy Hughes had made their debuts, Colin Todd was a regular and Georges Herd and Mulhall were still sparkling.

Bobby Kerr had made his debut on New Year’s Eve at Roker, where he scored an 89th minute winner against a Manchester City side that contained Johnny Crossan, Colin Bell and Mike Summerbee. Then, we went on a bit of a run. A week later, a George Herd equaliser brought a point back from Bloomfield Road as a struggling Blackpool failed to win at home for the umpteenth time. Their only home win that season was a 6-0 thrashing of Our Friends From the North, where Alan Suddick ran the show. He also scored against us before Herd‘s leveller.

Chelsea were seen off the week after thanks to first half goals from Neil Martin and Bobby Kerr, who skipped past tackles from Chopper Harris and co. with great abandon and then we went to Leicester City and won 2-1 thanks to George Mulhall cancelling out a Jackie Sinclair penalty and John O’Hare (When we want goals, he’s always there) rattling in a winner in the last minute. The players were so excited after the game, that sub Len Ashurst was left behind and had to get a train home.

So, a home game against a broke and bothered Brentford was seen as an easy passage to the Fourth Round and maybe, just maybe, a proper FA Cup run culminating in a visit to the Twin Towers in May. In those days, the Cup was much, much more than a distraction and players were desperate to play in it.

Brentford, who wore their striped shirts that day as the rule was that the home team changed in the FA Cup, sent out this team;

Bees fans of a certain vintage will probably remember these lads well. My memory bank stretches to Ian Lawther, a Belfast lad who we had signed from Crusaders. Alan Brown used him well as he rebuilt the team in the early 60s and he scored 44 goals in 83 appearances before he departed to Blackburn Rovers in 1961.

He then had a spell at Scunthorpe United before he signed for Brentford in the House of Commons Committee Room – Bees Chairman Jack Dunnett was the Labour MP for Nottingham Central – and he had a good spell at Griffin Park, scoring 43 goals in 139 games over a four year period before moving on to Halifax Town and Stockport County where he continued to blight the lives of lower division goalies.

We opened well and Neil Martin (better than Eusebio) put us ahead in the 10th minute, only for John Docherty to put the ball past Monty (better than Yashin) to equalise which suggested that the Bees were not in for a thrashing. When the same player put them ahead at the start of the second half, there were rumblings and grumblings from the crowd which were quelled four minutes later when Martin levelled.

We then proceeded to move up the gears as George Mulhall made it three and then a Jim Baxter penalty put the game beyond Brentford. For the second successive Saturday, John O’Hare scored late on to give us a comfortable win and send the crowd back to their Corporation buses, OK Luxury coaches and Ford Cortinas in a happy mood and ready for Sports Report on the BBC Third Programme, where it was sandwiched between talks about the great philosophers and the music of Karl-Heinz Stockhausen.

Hosted by Robin Marlar, the results were read by John Webster and on this day there were very few shocks for the reporters to get excited about. Barrow of the Fourth Division held First Division Southampton to a draw, Swindon drew at West Ham and, unlike the Cumbrians, won the replay while the Mags beat fellow First Division side Coventry City by the odd goal in seven at Highfield Road. 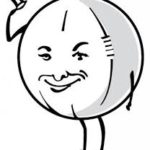 I went on the OK bus that day with (probably) Geoff Mangan, Colin Hurworth, Les Smith, Dick Sowerby, Roy Coatsworth, the man who held a radio close to his ear and the large lady in tweeds and brogues who sat at the front of the bus and who always wore a hat even for the early season games. We may have tried to sneak into the Wolseley for a pint, probably sucked Polo mints as we stood in the queue for the boys’ gate at the Fulwell End and sang songs from the Red and White Songbook before and during the game. Then, back to Bishop and the usual argument with Lawrence the paper seller as to whether he would give us any change from the shilling we gave him for The Football Echo or whether we would have to take a Pink Chronicle as well. He never liked giving change out…..

It’s over half a century ago; a half century before that young men, many of whom had probably filed through the turnstiles of a very different Roker Park, were fighting and dying in the trenches. That kind of thing puts football into perspective.

The video clip was posted on youtube by TheBeelist in 2011. If there is any copyright claim, not answered by ‘fair use’ exemptions, on the images used to illustrate this report, please make us aware and we will add credits or remove as request

3 thoughts on “The First Time Ever I Saw Your Team: Brentford”

Next Post
Crowing About: why Coleman’s words are cutting the mustard