There are some famous names on display today as Pete Sixsmith takes us on another of his legendary rambles. If I had to choose one of these players it would be Micky Horswill. I loved the way he lurked outside the box  to pick up and ping in loose balls, not to mention his no-nonsense, take no prisoners style of play.

Is he a legend at Plymouth? I don’t know, but I do know he deserves high praise on Wearside.

The second longest journey in English football takes place on Saturday as Plymouth Argyle’s loyal band of supporters say goodbye to their homeland of cream teas, large hounds living on the moors and games of bowls on The Hoe to arrive in the land of stotties, pigeon crees and wall to wall football. They will have travelled 403 miles from Home Park to The Stadium of Light and we hope that they have a grand day out and a miserable journey home.

They have not been frequent visitors to Wearside. They pitched up in 1912 and 1914 in the FA Cup (they must have been some journeys!!) and their inaugural league game at Dear Old Roker was just under 59 years ago, on the 12th March 1960 when they were cuffed 4-0 by a Sunderland side that was coming to terms with being outside of the top division for only the second time in their long and illustrious history. Always remember that only Manchester United, Liverpool, Arsenal, Everton and Aston Villa have won the title more times than us.

The goals came from Ian Lawther and a hat trick from Alan O’Neill, a local lad who moved on to Villa and then to Plymouth and who, according to the definitive and invaluable “All The Lads,” “never quite lived up to his early potential.” How many could we have said that about over the years?

The first time I saw the green of Argyle on the green of Roker was on January 17th 1976, a season which culminated in our (short lived) promotion to the First Division.

We had been top of the league for all but a single week since we demolished Notts County in September in one of the wettest games I have ever seen. The week prior to Plymouth’s visit we had scrapped out a goalless draw at West Bromwich Albion and we were beginning to hit a bit of a sticky patch. Argyle came to us in the lower reaches of the table having won promotion the year before, behind Blackburn Rovers and ahead of Charlton Athletic.

Whether there were many members of the self-styled “Green Army” at Roker that day, I cannot remember, but if there were, they would have seen the teams line up like this; 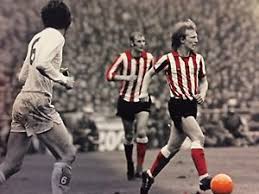 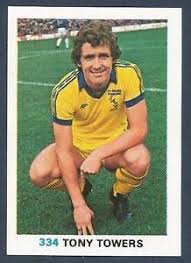 Micky Horswill had left Sunderland in 1974 as part of the Dennis Tueart/Tony Towers deal.

Whereas Tueart went onto become a City legend, Micky became an obscure quiz question and after a mere 14 games over two years, he moved onto Plymouth, where he got his career back on track, playing 102 games for them in the three years that he spent in Devon.

In those days, returning players usually got a decent reception from the Roker crowd, unlike now when Jerome Sinclair was booed and jeered by a sizeable minority of halfwits at Oxford. 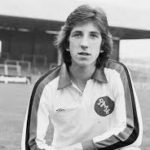 Horswill had played a huge part in the FA Cup win in 1973, scoring the equaliser at Maine Road and although his form dipped the following season, we did exchange him for the excellent Tony Towers, who missed this game through injury.

Paul Mariner, who went on to have a stellar career at Ipswich and Arsenal, put Argyle ahead five minutes before half time, with Mel Holden levelling two minutes after the resumption. Bobby Kerr scored the winner in the 67th minute and the Sunderland supporters in the 29,737 crowd (probably 29,500 of them) went home happy.

Middlesbrough beat Stoke City 1-0 at Vale Park, being used by the Potters as they had lost a stand roof in a gale and Hartlepool fought out a less than inspiring goalless draw at home to Southport, who were coming to the end of their time in the Football League. 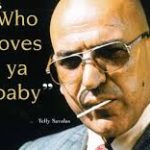 After a tea of pie and chips, some may have sat on front of the TV to be entertained by Tom Baker as The Doctor on BBC 1 followed by Mike Yarwood and Kojak (“Who loves ya baby”),

Should they have fancied a bit of culture, BBC 2 was showing Episode 3 of “How Green Was My Valley,” starring Stanley Baker and Sian Phillips, in which “the mine owner’s son Iestyn is pursuing Angharad but has earned a blow from Ianto for his efforts.”

Over on ITV, it was wall to wall Arthur Mullard, who appeared in the truly awful “Yus My Dear” with Queenie Watts and Mike Reid and then turned up on “Celebrity Squares” alongside Charlie Drake, Ted Ray, Fanny and Johnnie Craddock and Pat Coombs amongst others.

It was probably better to pop down to the local and imbibe in a couple of pints of Vaux Samson at 24p a pint and then stumble in to The Taj Mahal (other generic names are available) for a curry costing less than a couple of quid. Shame the average weekly pay packet was £72.00 and considerably less in the North East.

At the end of the season, we celebrated with much Vaux Samson as promotion was wrapped up at Easter and the title was claimed at home to Portsmouth. A repeat would be most pleasing 43 years on; a home win on Saturday would be more than useful.

“Yus my dear” extract posted on Youtube by tachyontelly, 2011. Micky Horswill song posted on Yourube by TMFS DAVE MURRAY2013. If there is any copyright claim, not answered by “fair comment” on the video clips or images used in this report please let us know and we will remove and/or acknowledge as requested.

3 thoughts on “The First Time Ever I Saw Your Team: Plymouth Argyle”

Next Post
Sunderland-Plymouth Who are You? Argyle’s folk-singing fan on what Tommy Tynan did next