John McCormick writes: Scunthorpe itself probably predates the Norman Conquest as the suffix “Thorpe” in a place name indicates a certain level of antiquity. Anglo-Saxon/Old Scandinavian in origin, it typically indicates an area of Danish settlement. Scunthorpe United doesn’t have have quite the same level of antiquity. It was founded in 1899 but it wasn’t until 1950 that it gained entry to the Football League (with a McCormick playing in their first ever FL game), and it took another few years before the club dropped  “and Lindsey” and adopted its present name. In those early years (the 50s, not the Norman Conquest) Pete Sixsmith was just a snip of a lad, and by the time he was old enough to travel to Roker, Scunthorpe and Sunderland were in different divisions.

Even so, he has seen Scunthorpe play. Did you ever doubt it?

I have a confession to make. Not the one about the school trip money – it was proved beyond reasonable doubt that it was only resting in my account (shout out to Linehan and Matthews for that gem). It’s much more fundamental than that. I have to confess that I have never seen Scunthorpe United play Sunderland at either Roker Park or The Stadium of Light. To add insult to injury, I cannot even remember the first time that I saw them play. I may have seen The Iron at Darlington in the early 1970s but it has not registered. Shame on me and apologies to Scunthorpe supporters.

They have never played at The Stadium of Light, but they were regular visitors to Roker Park in our first six year stint in Division Two. They pitched up in 1958 when we were still smarting from our first ever relegation.

We played them at The Old Show Ground (of which more in January when we visit Scunny) on Boxing Day and they beat us 3-2 with Don Kichenbrand, “The White Rhino” and Colin Nelson “The Shildon Pharmacist” getting the goals.

The next day, they visited a half full Roker and we gained revenge with a 3-1 win thanks to goals from Ernie Taylor, Stan Anderson and Jackie Maltby. It was the beginning of an upsurge in form that took us away from the bottom of Division Two and left us in mid table obscurity. 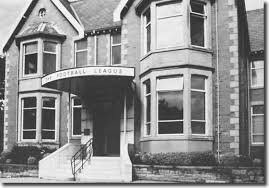 The last time they came calling in a league game was on the 18th September 1963, in our last season of that particular exile (there have been a few since). In those days, the man who drew up the fixtures with the short, stubby pencil and a few pieces of paper at the Football League HQ in Lytham St Annes, always gave clubs a couple of early season midweek doubles.

The season had opened with an emphatic win at Leeds Road over Huddersfield Town, followed by a home win over Portsmouth and a defeat to Northampton Town (they did the double over us that year – the 5-1 whopping at The County Ground four days before Christmas almost made me ask Santa not to bring me a red and white scarf).

We then won at Portsmouth and Bury before our final league visit to The Old Show Ground where that rarest of rarities, an Andy Kerr goal, gave us a share of the points. On the Saturday we beat Manchester City 2-0 at Roker and then The Iron came to Roker on the Wednesday night.

That game passed me by. I probably spent the evening failing to even look at my French homework for the psychopath who had set it and wishing I could have boosted the crowd to 36,129 instead of waiting for the football results to come on the Light Programme at 10.00.

The next day’s Northern Echo told me that Johnny Crossan had scored the only goal in the second minute, one which took us into second place behind a rampant Leeds United and a position that we were in at the end of the season. Alas, Scunthorpe were relegated along with Lincolnshire neighbours Grimsby Town and we haven’t seen them up here since.

For three of those players, their time at Roker was almost over. Stan Anderson played two more games before he left for The Great Satan Over the Tyne, Andy Kerr also played two more before he returned to Scotland and a prolific time at Aberdeen. 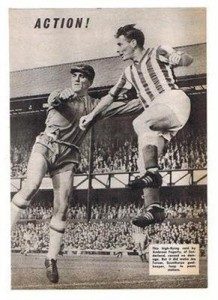 Ambrose Fogarty (right) made the last of his 174 appearances in the next game against Swindon and then moved down the road to Hartlepools United (as they were then) for a club record fee of £10,000, a record that was not broken until 1985. He played 127 games for Pools and gained his final Eire cap while donning the blue and white stripes – the first, and I suspect the only, Pools player to do so.

Scunthorpe’s team that night was;

Ian Lawther had played for us in the early 60s, moving from Crusaders in Belfast to Wearside and staying for four years before a transfer to Blackburn Rovers. He was replaced at Roker by Brian Clough. Brian Godfrey had a decent career at Scunthorpe, Preston North End, Aston Villa and Newport County before he helped to start up the NASL at Portland Timbers. 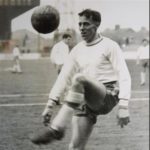 Jackie Brownsword became a legend in the Lincolnshire steel town. He worked at and played for Frickley Colliery in the Midland League after the 1939-45 war and moved to United (also in the Midland League) in 1947. When Scunthorpe were elected to the Football League in 1950, he turned full time and made a staggering 597 league and cup appearances (791 if you throw in the Midland League) scoring 49 penalties and one goal from open play. The road leading to Glanford Park is named after him. Alas, I never saw him play……

I think my first view of United was in 1977 when I watched them lose 3-0 at Hartlepool. It must have been an international weekend as we had no game on and I used to go to Pools a bit in those days in the company of work colleague John Irvine. Malcolm Poskett, Bobby Scaife and Peter Creamer scored the goals. 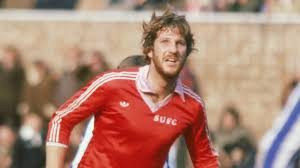 By that time, United were best known for being the club that brought Kevin Keegan on and they went on to field two other England captains in Ray Clemence and er, Ian Botham – although I don’t think that he was quite as proficient at defending as he was at scoring runs and taking wickets.

I hope that United, a good side well managed by Nick Daws and featuring players who almost got them promoted last season, enjoy their day out. We can jeer James Perch for his black and white connections and probably Lee Novak as well. Both are solid at this level and we are facing the fifth best team in this league last season.

And they once had a player called Jack Haigh. If he got hit in the face, did he say to the physio Is it bleeding? 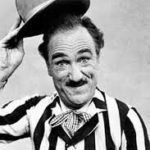 5 thoughts on “The First Time Ever I Saw Your Team: Scunthorpe United”

Next Post
Sixer’s Sheffield Wednesday Soapbox: not enough to pass the test but A for effort