Nic Wiseman asks whether the loyalty system can be unfair in some instance and asks the club for some transparency.

I was meeting up with an old mate in the Museum Vaults before the Spurs game in September and he happened to mention that buying a ticket for the Stoke cup game would get me an extra loyalty point. I’m always keen to get extra points, so that I’ll have enough for a mags away ticket next year (the highest status in terms of loyalty points).

So I bought my Stoke ticket online, had it loaded onto my Season Card and thought no more about it. It wasn’t until I was looking at my loyalty points on the club website, that I noticed that the point for the Stoke game wasn’t included. A mistake, I thought, and called the club. The woman in the ticket office said that there was no mistake, but that I had missed the so-called ‘priority’ period. I thought no more about it, but made sure I was in time for Leeds and forgot about Fulham in the FA Cup—yes, I am an idiot!

It wasn’t until a conversation on twitter alerted me to the fact that it was unjust that all fans that bought the ticket didn’t automatically get a loyalty point added to their accounts. Why the discrepancy? What if someone can’t afford the ticket within the priority period? Why is time a factor in gaining a point on this occasion and not for all away games, when you gain a loyalty point whenever you buy the ticket? 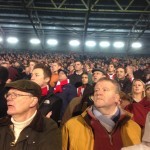 This brought us on to the grubby issue of fees for cup games and tickets in general. Why are we charged £1.25 to load a season card with a cup game and those who go through the turnstiles with a paper ticket or cash are not charged? Why are away tickets charged with an added surcharge of 50p per ticket?

This seems skewed in the wrong direction. Surely it is more expensive to send out a paper ticket than it is to electronically to load a ticket onto a season card?

Whatever the reason, I think some transparency is needed here.

If anyone from the club would care to address these issues, a lot of fans would be very interested. 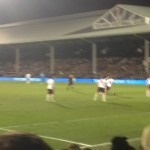 4 thoughts on “What price loyalty?”

Next Post
Guess the Score – Swansea v Sunderland: three wins on the bounce?